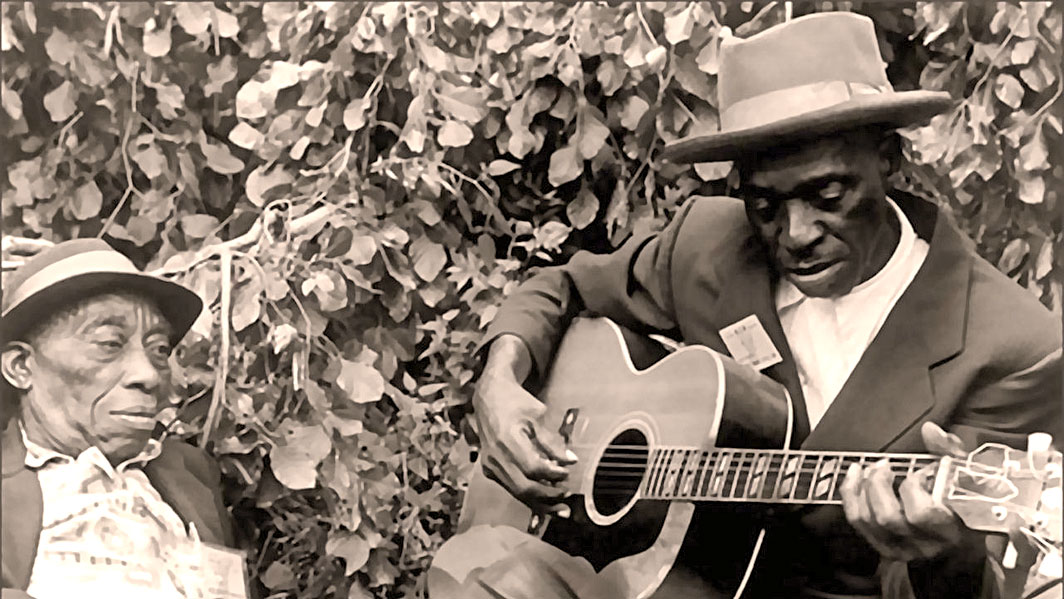 Mississippi John Hurt and Skip James - Bringing a taste of rural Americana to Boston in 1964.

Mississippi John Hurt and Skip James – Bringing a taste of rural Americana to Boston in 1964.

Switching gears again this week – a taste of rural blues by Masters Mississippi John Hurt and Skip James, recorded live in session at radio station WTBS in Cambridge Massachusetts in October of 1964.

As the Folk craze started to calm down, an interest in rural Blues as performed by some of its greatest living (at the time) practitioners sprang up. Fueled by interest from established artists like Bob Dylan, and often quoted by some of the British Invasion bands, many of whom were hardcore Blues enthusiasts (like The Rolling Stones), Rural Blues was in the midst of getting some of the recognition it so badly needed, but was denied for decades.

Sadly, this set is only a half-hour – but it includes rare interviews with both Hurt and James and a fascinating glimpse into a genre of music getting into the spotlight in 1964.

No need to play loud – but you might want to take notes.