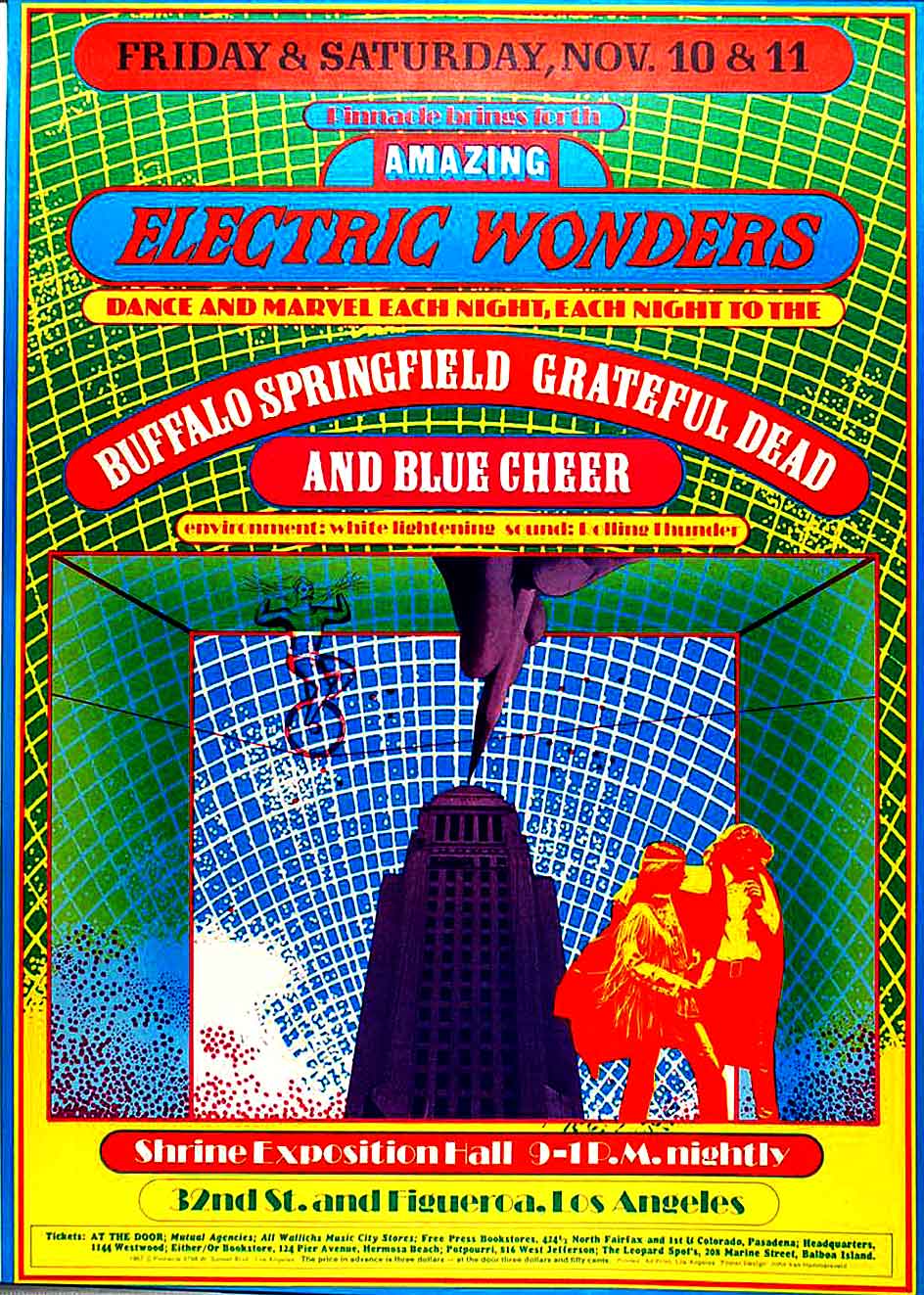 A delirious slice of delicious history.

A delirious slice of delicious history.

While we’re sifting through the onslaught of current Festival season recordings, I thought I would post something historic as a reminder that seeing a band live was often an entirely different experience to hearing them on record.

This Grateful Dead concert (which I was at) made it abundantly clear at the time the difference between the Dead were in concert, compared to hearing them on your stereo at home. As you can tell, listening to the lack of insane audience reaction, most people were entranced by what the band was doing on stage. They were a mesmerizing experience – and you couldn’t really capture that on disc, even though they tried. The technology in 1967 was still in the experimental stage – it was The Grateful Dead who pioneered live sound reinforcement and turned it into an art form, rather than use it as a PA System, as it had in the past (case in point: the Hollywood Bowl concerts that weren’t commercially recorded and relied on the in-house sound system). The challenge, particularly to the people at Warner Bros (their label at the time) was how to instill the vibe of the live concert onto the grooves of an lp.

Listening to this concert, recorded on November 10th in 1967, you get an idea why The Grateful Dead became the institution and icons of a generation. They were doing new and interesting things in a way which hadn’t been done before. It also helped that the aural experience matched the sonic one. My fondest memory of this particular concert was walking through the crowd, engulfed in a cloud of Dope, Delicado Cigarettes and Oranges – it certainly helped things along. BTW: Delicado cigarettes were unfiltered Mexican cigarettes (which I don’t think are made anymore) with a heady and unmistakable aroma. The aroma or Oranges came from the barrels strategically placed around the hall which people ate while listening to the music. The Dope? Well . . . .that came from a lot of people – and it bore no resemblance to the chemical odor it has now – think; burning Alfalfa.

At any rate – a classic and historic concert from a legendary band. Just under 50 minutes – but sets were short in those days – but look at the bill of the other bands playing that night.