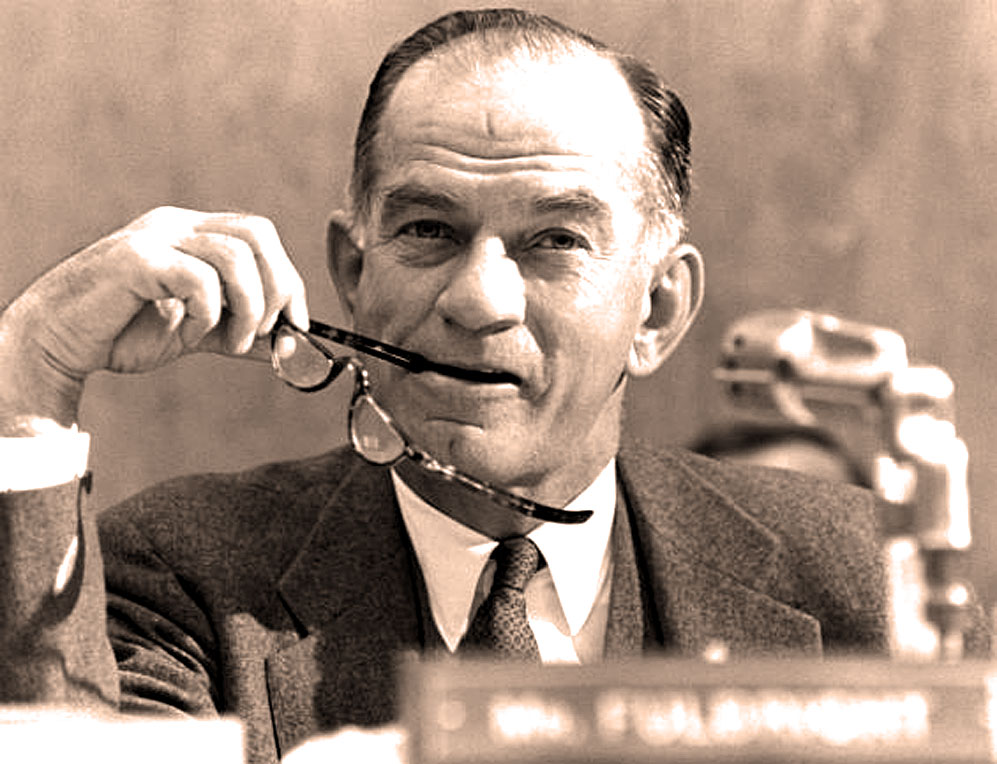 Before the quicksand appeared.

The World Of June 23, 1963 According To Senator J. William Fulbright

Before the quicksand appeared.

News for this June 23rd in 1963 had much to do with our Foreign Policy. June 23 in 1963 was a Sunday, and so the day was given over to the usual crop of Sunday talk shows, interviews with government figures – high ranking and middle-ranking, over events of the previous week and over events getting ready to shape the week ahead.

On this installment of ABC Radio’s Issues and Answers, the guest was Senator J. William Fulbright – Chairman of the Senate Foreign Relations Committee. The talk was about our Foreign Policy and what was going on with some of our allies. Germany figured prominently, as President Kennedy was on his way to visit Berlin (where he would deliver his “Ich bin ein Berliner” address), but so was France. President Charles De Gaulle was in danger of upsetting the fragile NATO alliance and it was also JFK’s job to smooth rough edges in our policy towards France. In light of tensions with the Soviet Union, a unified NATO was of upmost importance.

But there was also talk about how long the Cold War should continue. Was it time to end it?

As President Kennedy embarked on what would be a historic visit to Europe, Senator Fulbright speculated on the outcomes and offered his own take on situations as they pertained to our continued peace in the world.

Here is that interview, including a rebuttal from S. Edward Peel, Liberian Ambassador to the U.S. who was taking exception to remarks made by Senator  Allen J. Ellinder (D-Louisiana) with reference to the role of Blacks in the recent African Independence Movement.

All on a June 23rd in 1963 via ABC Radio’s Issues and Answers with Senator J. William Fulbright.