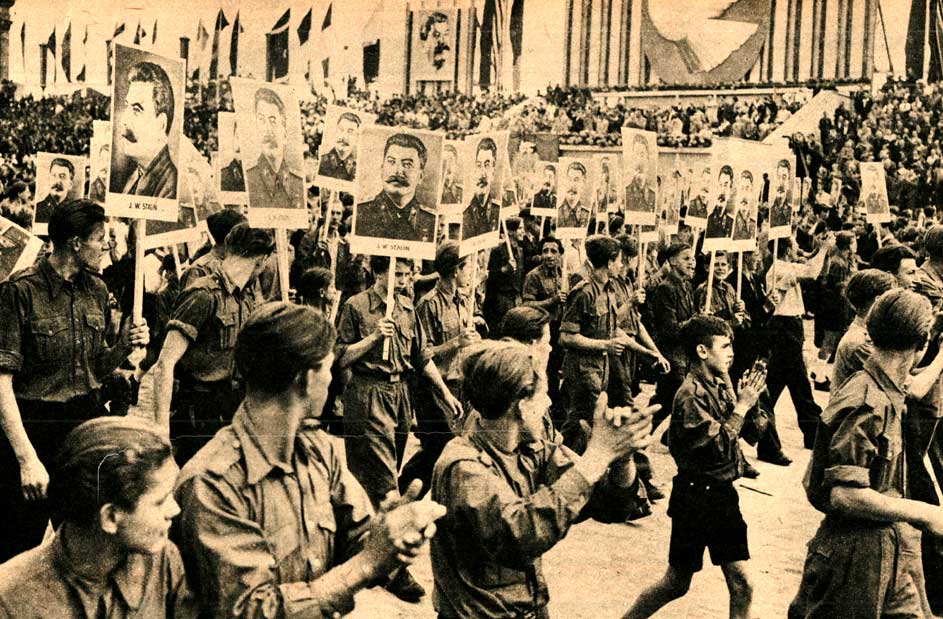 Someone once remarked that we’ve been in an almost constant state of war and conflict since 1939 – and even then, only marginally peaceful since the months before 1914. A hundred years without a long stretch of peace.

Disturbing, but maybe more illustrative than anything else, of just who we are as a society, as a culture and as a people.

In 1947 we were slowly coming out of World War 2 and about to plunge ourselves into the upheaval of a Cold War, of the Middle East, of Southeast Asia – of another shooting war in Korea.

Never before has a peace been so fragile and annihilation so prevalent as it was just at the close of World War 2. Strangely, there was talk in 1947 of a Third World War. But the overwhelming threat of nuclear catastrophe kept the trigger fingers at bay – and most likely has kept it that way ever since.

But in 1947 we didn’t know that. All we knew was the fear a World War might spark a nuclear nightmare – and all we wanted was to somehow wage peace.

So on June 23rd 1947, CBS Radio, as part of it’s Time For Reason series, broadcast a talk by Senator Joseph C. O’Mahoney (D-Wyoming). His subject was American Leadership in Freedom and Peace.

In retrospect nothing has changed, really. Names, faces and circumstances – no Soviet Union. But there are other threats – other opportunities at war.