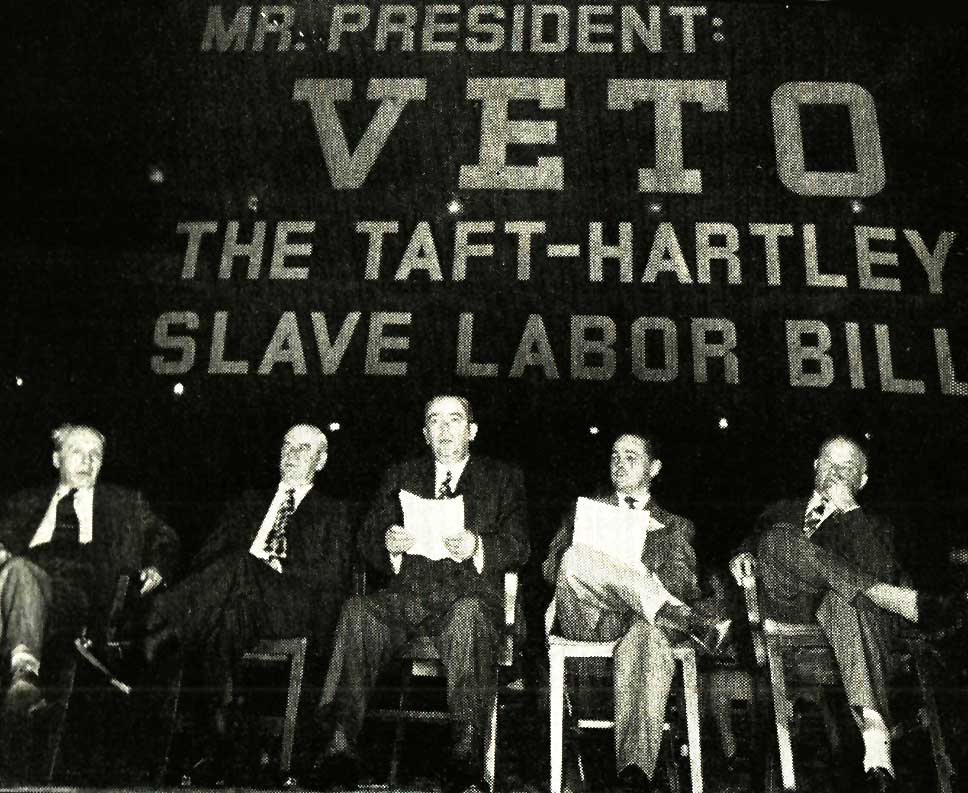 Many considered this the kick-off for the 1948 Presidential campaign.

To Override A Veto And Influence Destiny – Senate Vote On Taft-Hartley – June 23, 1947 – Past Daily Reference Room

Many considered this the kick-off for the 1948 Presidential campaign.

Long before the days of C-SPAN a Senate Vote, or just about anything on Capitol Hill, went virtually unnoticed by the public at large. But the Post-War period saw a change in that, and Radio began covering more events, bringing them live and un-cut to an audience very interested in the goings-on in Washington.

On this particular occasion, it was the Senate vote to override a Presidential Veto of the Taft-Hartley Bill. Taft-Hartley was a thorny issue, one to get thornier in the weeks and months leading up to the 1948 Presidential election. The bill was seen by many as a slap in the face of Organized Labor and a serious step in the direction of Union-busting. Others saw the bill as an improvement on the Wagner Act and saw it as a way of protecting small business against crippling strikes.

Either way, it was considered a hot-potato item and interest in how the vote went was high on most voter’s minds. The long-term effects speak for themselves.

Here is that roll-call vote as broadcast over Mutual on June 23, 1947 (sorry for the needle skips mid-way through, the acetate on the master disc was peeling off, but it managed to be saved before damage got any worse).