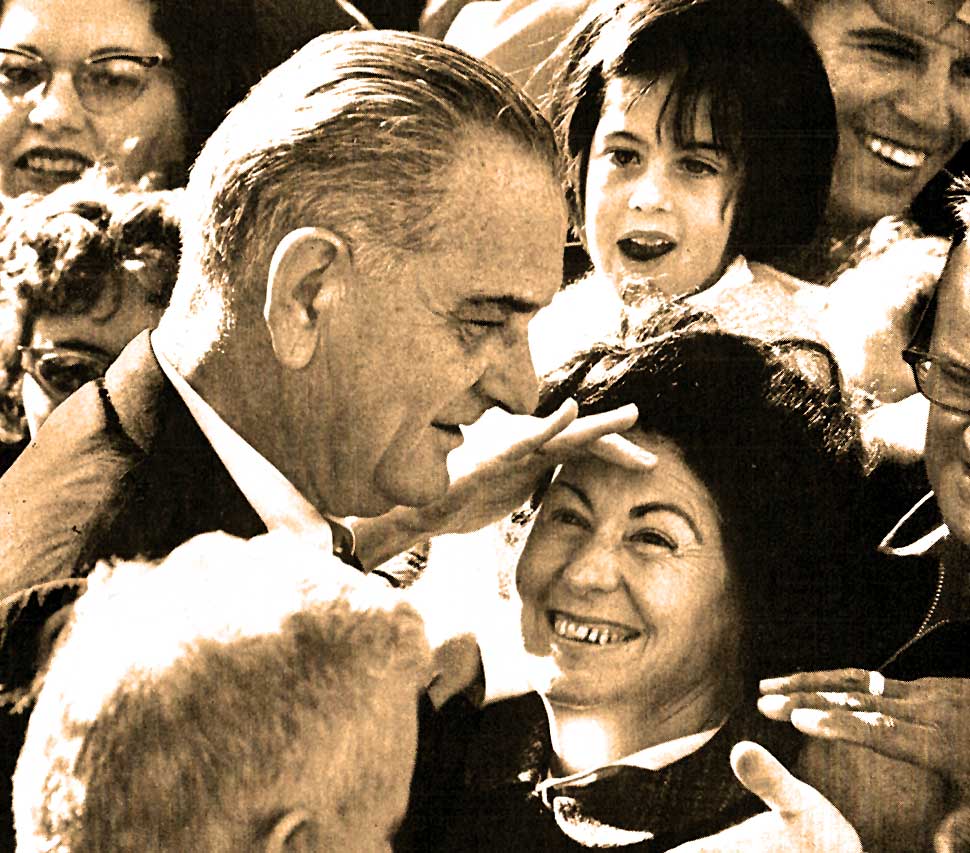 President Johnson - Pressing the flesh was his metier.

President Johnson – Pressing the flesh was his metier.

In what is shaping up to being a very busy week in history, June 26th marks the anniversary of the first meeting of the United Nations in San Francisco. June 26th 1945 – sixty-nine years ago.

President Johnson delivered an address to mark the occasion. Sadly, the world hadn’t changed too much since that day in 1945. In 1965 we were still knee-deep in a Cold War. The Middle East, a question mark in 1945 was a hot-button issue ever since. On this day in 1965 we were slowly descending into the quagmire of Vietnam and the world was teetering on the edge of great social change. But the world, at least the super-powers in it had somehow kept the notion of World War 3 at bay. Probably because Washington and Moscow had red telephones and fingers on arsenals of nuclear weapons pointed at each other, guaranteed to vaporize just about all life as we knew it. The fear factor loomed large, and it was fear that kept a modicum of peace at hand.

But there was still cause for some celebration, and President Johnson was on hand to deliver an address and mark the occasion.

Here is that address as it was broadcast live over ABC Radio on June 25th 1965.