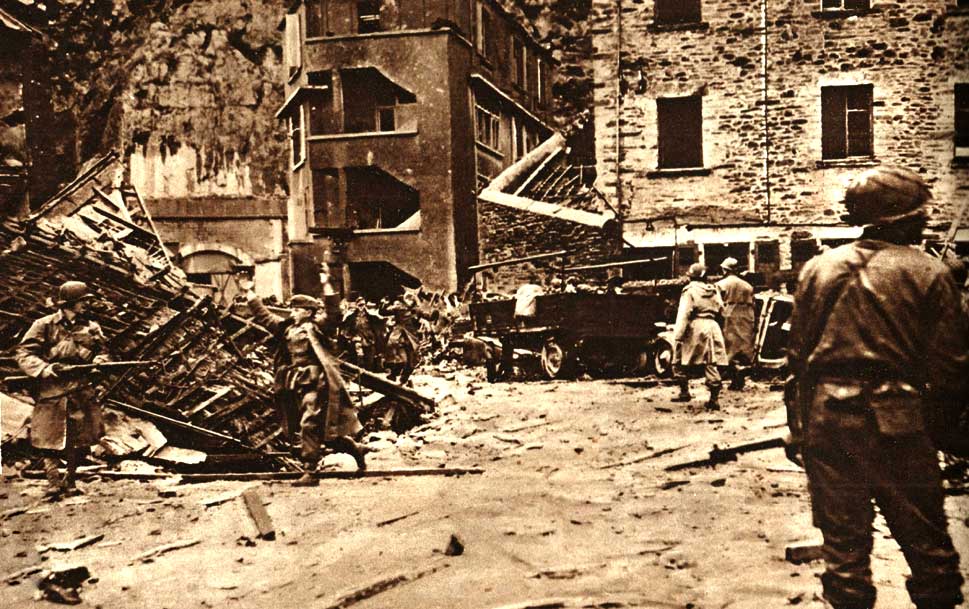 Allies in Cherbourg - no ammunition and not much stomach left.

Allies in Cherbourg – no ammunition and not much stomach left.

Nineteen days after the initial landings at Normandy, the Allies were still in the midst of battling their way to Paris. Some objectives were easily taken, while others were difficult. The taking of Cherbourg was significant as it was a strategic port for U-Boat operations and an important railroad terminal.

News of the victory came quickly, even by way of the German News Service. The U.S. networks wasted no time in bringing the additional good news.

Here is the first bulletin as it was broadcast, during a break-in of The Chicago University Roundtable Of The Air program from June 25th, 1944.