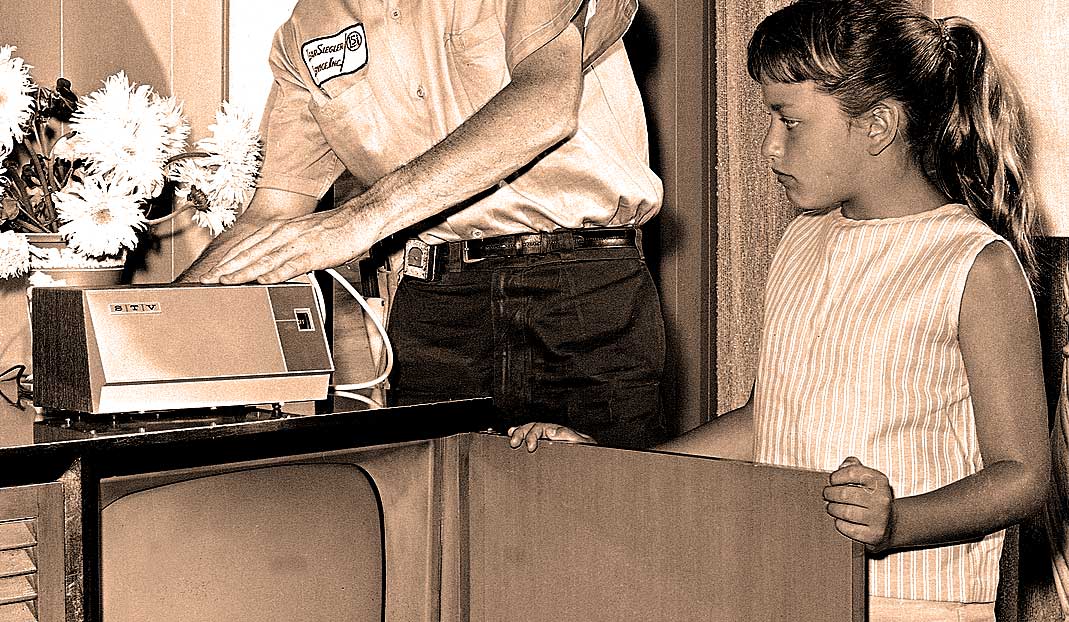 Enter: The Mysterious Box which would change life as we knew it forever.

The Future Of Cable TV In 1968 – Past Daily Reference Room

Enter: The Mysterious Box which would change life as we knew it forever.

Difficult to imagine now, but in 1968 there was talk about Cable TV coming into our lives – and we weren’t quite sure why. Cable TV had been around for a while; primarily as a way of accessing broadcast TV in areas no regular antenna could pick up. It was also introduced to cities like New York, since the number of tall buildings made regular reception via antenna impossible, or possible but not without great hassle.

But then someone struck on the idea of offering Cable TV everywhere; not just remote parts of the country or skyscraper-cluttered cities. And then it was suggested maybe Cable could offer other things, like more channels, different channels – channels you wouldn’t normally find on regular TV – and the providers could charge extra for that.

A red flag was hoisted. Pay TV had been bandied around for a while, since the dawn of TV. The fear was, Pay TV would become a monopoly and the only way you would eventually be able to watch any TV at all was to pay for it, if the Pay TV advocates had anything to say about it.

That’s where the FCC came in. Where do you draw the line between what is offered in the public interest and what is offered for a profit? And where does copyright come in? Is it legal for a Cable/PayTV company to rebroadcast regular TV and charge for it? Do FCC rules apply to signals not fed over the air? All those, and a file cabinet full of other questions and concerns.

When this issue reached its boiling point it was an election year (1968), and the FCC turned this argument over to Congress to draft legislation and secure a vote. But it was a hot-button topic with many on Capitol Hill. So, rather than deal with it before the election, it was decided to deal with it after the election and maybe the issues would be ironed out by then.

Well, as we all know – Nixon won and there were some new faces in Congress, and that little thing called Deregulation started popping up in conversation.

So on December 16, 1968 Newsfront (the nightly in-depth news program from NET – pre-PBS) ran an interview between anchor Mitchell Krauss and TV Guide Editor Richard K. Doan to discuss what that future might be, and what was possibly in store.

I don’t think anyone at the time would have remotely imagined what would eventually happen – and given the recent Supreme Court ruling on the Aereo case – who knows exactly where that future is heading.

Almost 50 years later, it’s still up in the air.