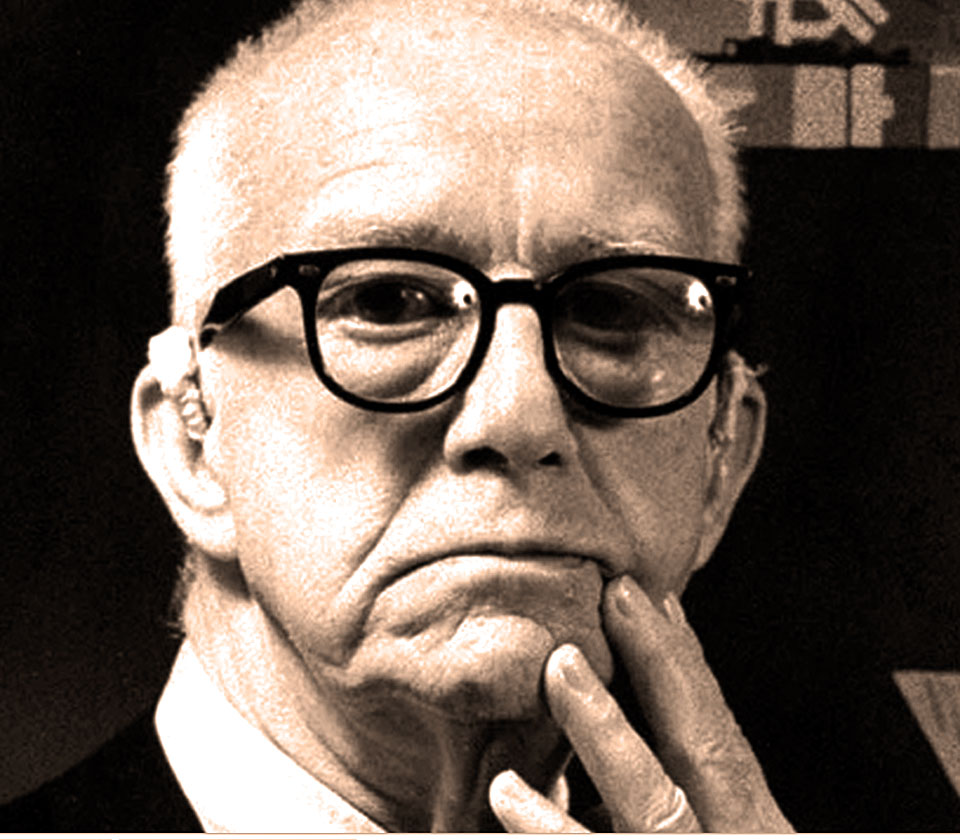 The name R. Buckminster Fuller might draw a few blanks with some people in recent years. His revolutionary ideas and concepts served as a backdrop and complimentary view for the great social and artistic upheaval of the 1960s. By the time of his death in 1983, much of what he set out to do he accomplished – but it was still a brave new world, and some things were destined to take time in order to achieve.

But probably the most visible of Fuller’s accomplishments was the design and construction of the Geodesic Dome, a living space and work environment Buckminster Fuller envisioned to be the prevalent style of housing in the future.

By the time of this interview, in 1970, Fuller was already 75 years old, and in addition to his milestone accomplishments in architecture and invention, was also the author of some 30 books. This interview, conducted by the CBC in Ottowa covers much of his early life and his work in design as well as his books.

So, in case you’ve heard the name, but aren’t familiar with who he is or what he did, here’s a good place to start.