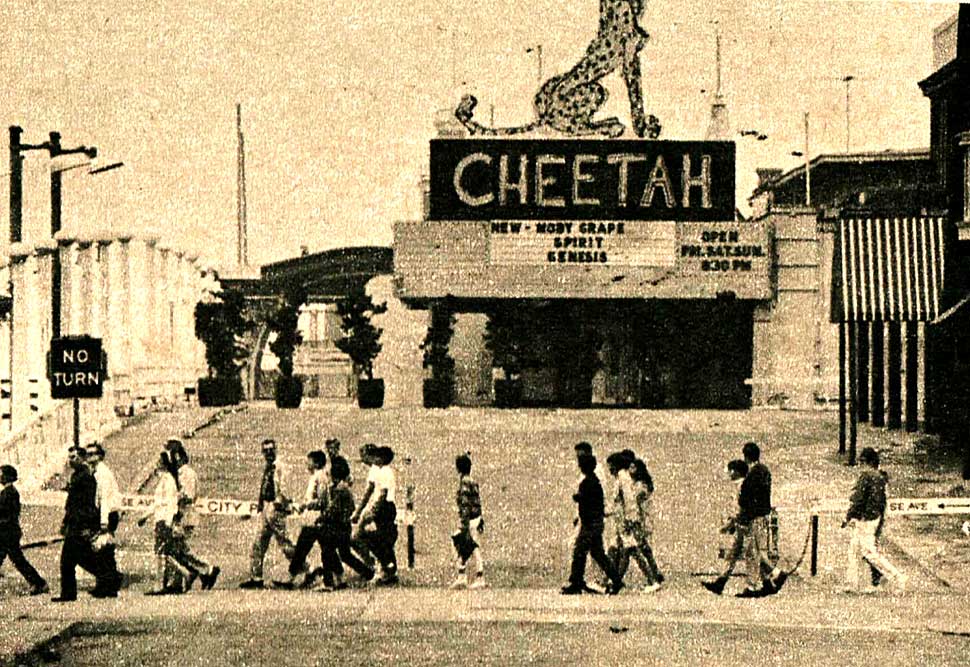 L.A. was ripe for an FM revolution.

L.A. was ripe for an FM revolution. (The Cheetah Club in Venice next to Pacific Ocean Park on the pier)

Free-Form Radio in 1968. When the 60s got started AM Radio was the predominate form of Pop Culture in the country. Los Angeles was no different. FM radio, though sounding a million times better, was largely the domain of those with high-priced audio equipment who weren’t exactly fans of Rock n’ Roll.

But there were signs that would be changing. Detroit hadn’t gotten around to installing FM radios in their cars as standard equipment, but those pesky imports like the Volkswagen, volvo and Renault did. And as we all know, VW Bugs and Buses were cheap, reliable transportation which became popular with the coming-of-age Youth Market in the mid-1960s.

But Commercial FM Radio in America, when it wasn’t playing dollops of Jazz and Classical, was pretty much a floundering medium, ripe for the pickings of the forward-thinking. So when a few enterprising folks approached some of the beleaguered owners of local FM stations and hit them with an idea for turning the fortunes of FM radio around, it was met with open arms.

Case in point – KMET, a local FM station in Los Angeles originally began life as an FM simulcast to KLAC, an independent AM station in the 1940s. It was eventually spun off to become its own entity, KRHM – one of those stations playing an eclectic mix of Jazz, Classical and Folk. In the early 1960s it was sold to a larger media company called Metromedia, where it adopted the call letters KMET, and played an insipid mixture of automated elevator music with unidentified Female announcers under the banner “Metro-Music West”.

Eventually, in 1968 caution was tossed to the wind and KMET dropped the automation and hooked up with San Francisco disc-jockey Tom Donahue.

The rest, as they say is history.

Here is a 79 minute slice of KMET as it was broadcast on the evening of June 27th, 1968. It was the first week on the air. Things were a little creaky and free-form was really free-form. Tom Donahue was still  up in San Francisco and so pre-recorded tapes were sent down to augment the live portion done by former KFWB disc-jockey B. Mitchel Reed. The whole thing had the feel of a building under construction, but the juxtaposition of musical tastes and the wild swings from Jazz to R&B to Psychedelia were one of the elements that made Free-form radio as exciting as it was. You could listen to the radio and, maybe not like all of it, but you were getting a musical education which proved priceless.

So to give you an idea of just what was going on and what it all sounded like, hit the Play button and dive into free-form radio a-la 1968.