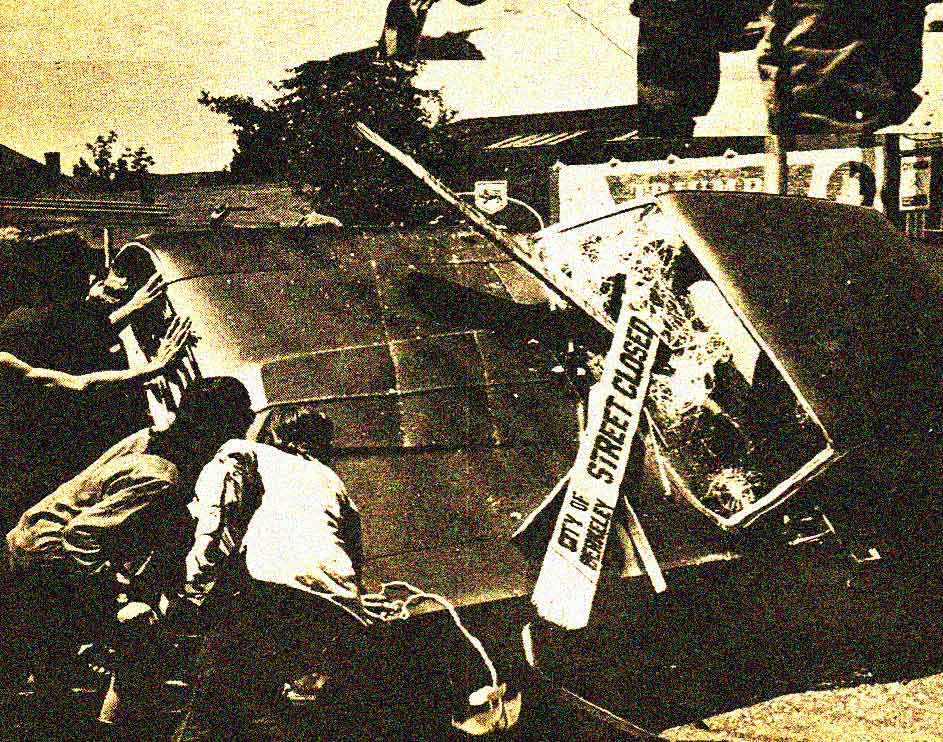 Another lovely day in neo-Apocalyptic America.

Another lovely day in neo-Apocalyptic America.

A buck here and a buck there, it adds up:Become a Patron!

Not all the news that happened on this June 30th in 1968, but enough to keep you on your toes.

During one of their hourly “news capsules”, KMPC in Los Angeles reported the second straight night of demonstrations in Berkeley, with Police firing teargas into the crowd, estimated at around 4,000 reportedly blocking four main streets leading to the UC Berkeley campus. Berkeley Police reported at least three fires had been started, and some three police were injured. No reports on how many students were injured or arrested.

On June 30, 1968, the Mayor of Berkeley, California Wallace Johnson issued a curfew for three days after declaring a state of emergency due to protesting students in support of the student and worker strikes in Paris, France in May of that year.

The Third World Liberation Front strike at Berkeley proved to be more violent than that which was at SF State College, with a greater incidence of police brutality against students, striking members of the American Federation of Teachers, and campus workers who decided to strike. The strikers also drew support from several university faculty members. Students and faculty members not in direct support of the TWLF protested the police presence on campus. The violence escalated to a point at which Governor Ronald Reagan had to declare a “state of extreme emergency,” while the Berkeley President decided to prohibit demonstrations on campus. Students incensed students continued to strike, and tear gas was exchanged between the National Guard and the striking students. Their efforts resulted in the first Ethnic Studies Department in the United States on March 7, 1969, closely followed by the creation of the first College of Ethnic Studies in the US at San Francisco State on March 20.

And singer Judy Garland collapsed while performing before an audience of some 5,000 at the Garden State Arts Center in New Jersey the night before. No report on her condition, but spokespeople for Judy Garland said the collapse was due to exhaustion.

And that’s just a small portion of what happened this June 30th in 1968.

Nobody ever said history was dull on a day-to-day basis.