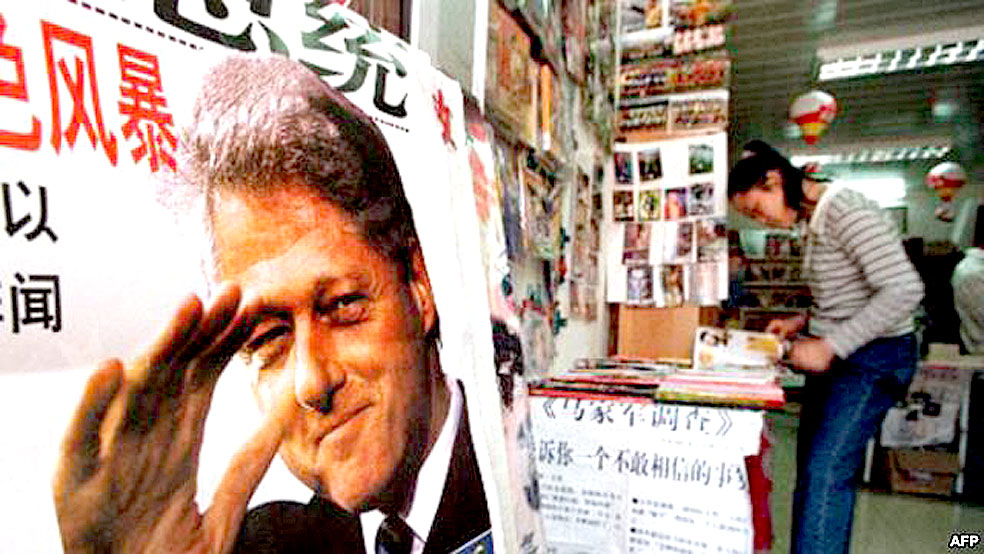 A Pop Star in China.

A Pop Star in Shanghai.

Starting off with depressing news for this first day of July in 1998. The World AIDS Conference in Geneva disclosed a new strain of the virus is proving resistant to even the most potent of drug therapies and has pushed the progress of finding a cure for AIDS back to square One. According to Dr. Anthony Fauci, anyone infected by anyone with this new strain of the virus would be about the same as being infected in 1983 when there were no anti-viral drugs available.

On a positive note – a chemical derived from the Liver of Sharks was shown to slow the growth of brain tumors.

President Clinton was getting the Pop Star treatment while on his tour of China. His stop off at a Shanghai housing complex to trumpet the virtues of owning your own home got a rousing cheer from the crowd, as did the treaders on the Shanghai Stock Exchange. According the Secretary of State Madeleine Albright, the trip so far was a howling success.

Today also marked what would have been the 37th birthday of Princess Diana. Some 2500 visitors to the family estate to commemorate her birthday were greeted by an army of reporters.

And a Pakistani nuclear scientist seeking asylum in the U.S. told officials he was leaving because he feared Pakistan was going to launch a nuclear attack on India.

And that’s just a little of what happened on this July 1st in 1998, as presented by The CBS World News Roundup.