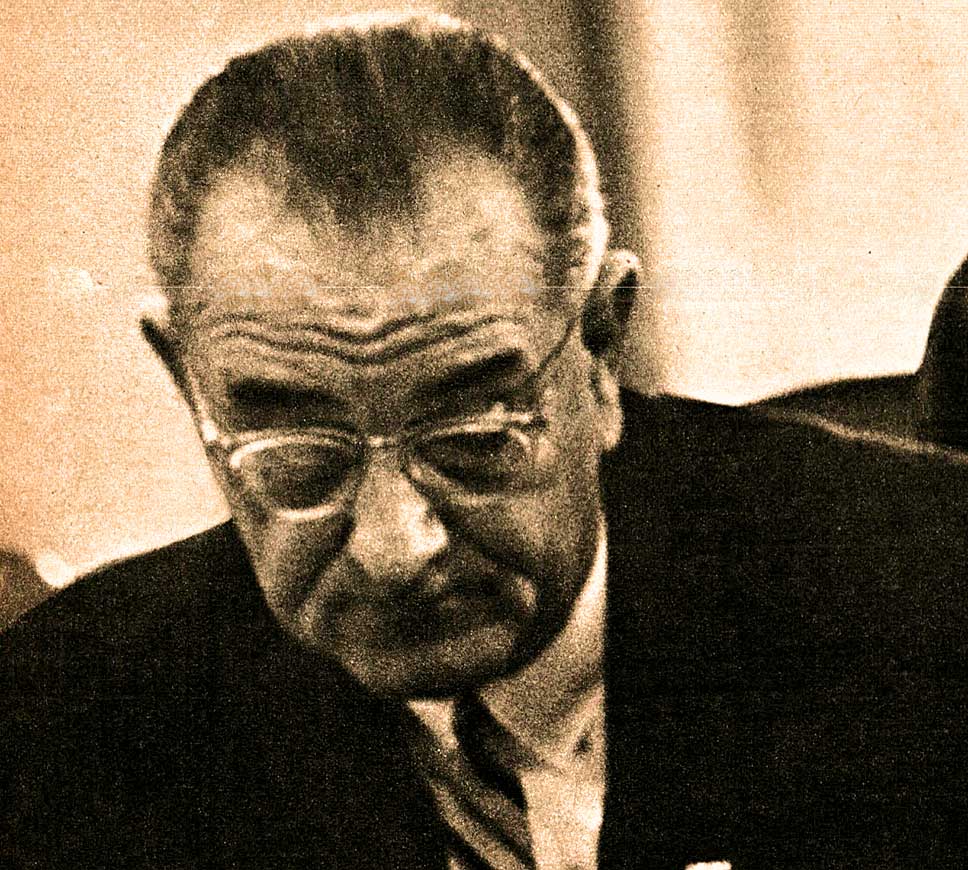 As a former teacher himself, LBJ knew what the deal was.

As a former teacher himself, LBJ knew what the deal was.

Before he entered politics, it should be noted Lyndon Johnson was a School Teacher. And even though Schools had changed considerably from when he last pored over student essays, the crisis in education in the U.S. had spiraled out of control.

Coupled with the issue of School desegregation, there was also the issue of school drop-outs, lack of money, lack of resources, and the gradual erosion of School systems throughout the country.

LBJ sought to remedy those problems, or at least put into use, measures which would aid educational institutions throughout America.

This address, to the annual convention of The National Education Association, held on July 2nd in 1965, served to outline LBJ’s plan to bolster our sagging School systems, stimulate education and put the U.S. back on track.

President Johnson: “Education, more than any single force, will mold the citizen of the future. That citizen, in turn, will really determine the greatness of our society. And it is up to you to make that education equal to our towering expectations of the America that we love and the America that is to come.

And I came here today to reaffirm to you your Government’s intention to continue to help in that task.

In the last 19 months your Congress and your President have worked shoulder-to-shoulder together in the most fruitful partnership for American education in all the history of the American Nation.

We passed the Library Services Act to improve our libraries as storehouses of learning.

We passed the Vocational and Technical Education Act.

We passed the Nurses Training Act.

We passed the poverty measure–the Economic Opportunity Act, appropriating hundreds of millions of dollars, requested a billion-two this year, offering millions of young people the necessary training to help them escape from poverty.

We passed the $1,200 million Elementary and Secondary Education Act of 1965–the broadest, the most meaningful, and the most sweeping Federal commitment to education that this Nation has ever made.

And this is the first week of the first fiscal year in which funds, under this act, will begin to flow to States and communities in every ‘part of this land, in every State in this country.

We are going to pass the higher education bill to provide help to colleges and students this year”.

He instituted a number of sweeping changes during that watershed year of 1965. Sadly, most all the programs LBJ introduced were either eliminated or gutted during the Nixon and Reagan administrations, rendering much of what President Johnson aimed to do moot by the 1980s.

Still, it was an attempt at upgrading a dilapidated system – one which the long-term benefits would far outweigh the short-term costs.

Here is that Address to the National Education Association Convention at Madison Square Garden, July 2, 1965.