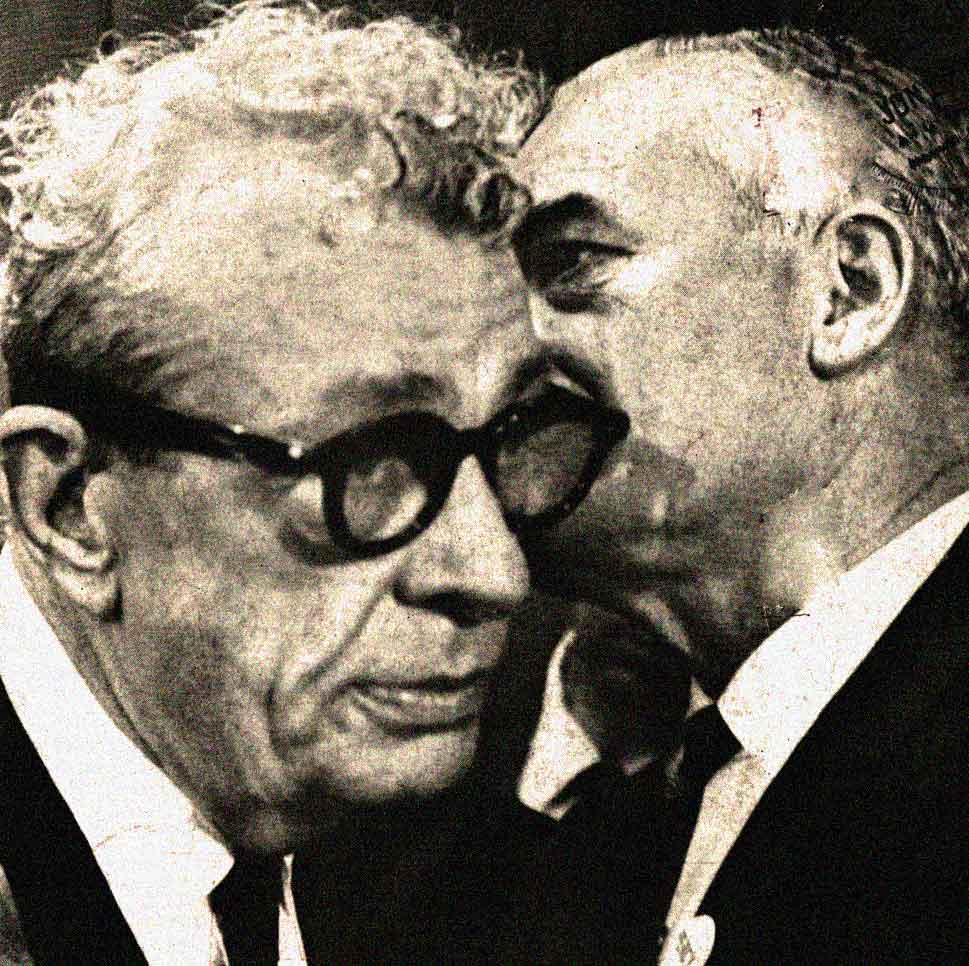 Dirksen and Goldwater - Hoping Vietnam would be the October Surprise.

Dirksen and Goldwater – Hoping for an October Surprise.

Heading into the Republican Convention of 1964, this day 50 years ago American media was taken up with the subject of who would run against Lyndon Johnson from the Republican Party. The Convention was a little over a week away and there were still questions as to just how wise a choice front-runner Barry Goldwater would be, and what was that going to do to the Republican Party and the chances for a victory in November. Although the writing was pretty much on the wall, the Moderate wing of the Republican Party was fading fast, taken over by a new and radicalized wing – a wing on the rise since the 1960 Nixon defeat. As Senate Minority Leader, Dirksen represented much of what could be considered the Moderate wing, but his endorsement of Barry Goldwater seemed many to be strange since it was Dirksen who publicly rebuked Goldwater for his refusal to vote for the landmark 1964 Civil Rights Bill only two weeks earlier.

On this edition of the ABC News program Issues and Answers, Dirksen fields questions regarding Goldwater and the future of the Republican Party and his observations on what was going to happen at the upcoming Convention.

Fifty years ago, July 5, 1964 – words from a leader of a party which he would certainly not recognize today.