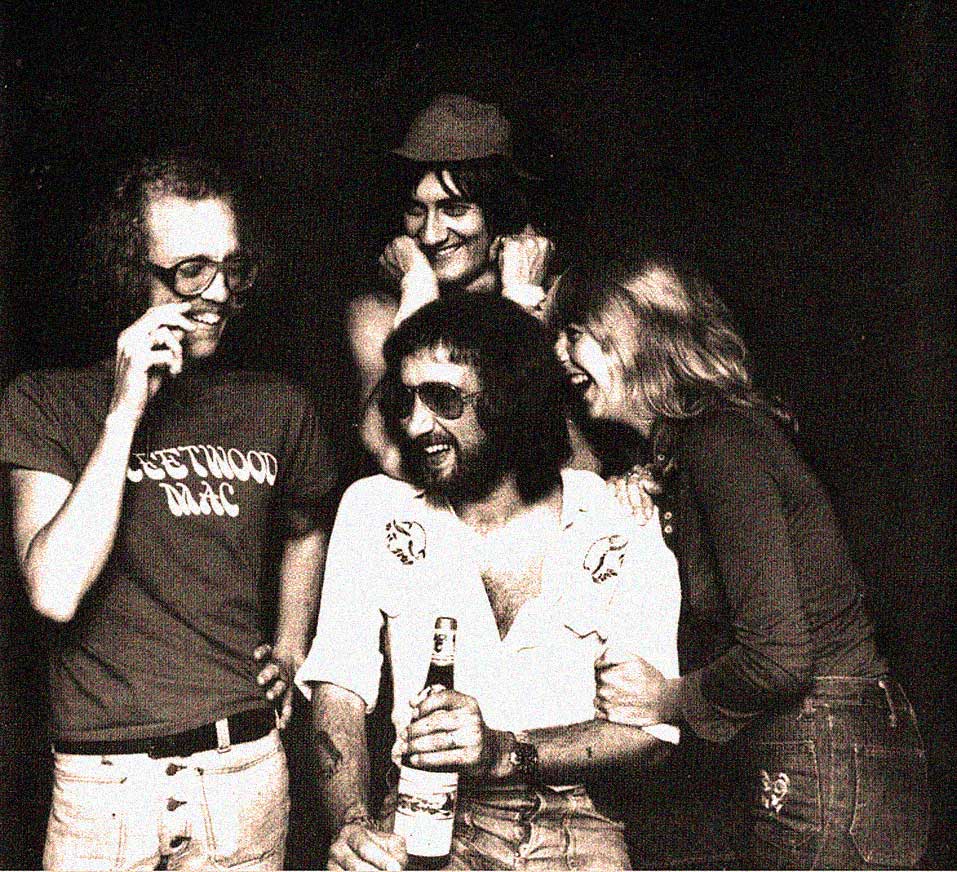 Fleetwood Mac – In Session At KSAN – 1974 – Nights At The Roundtable: Session Edition

Fleetwood Mac in 1974 – before they went Lite and less filling.

Staying in the 70s the rest of the weekend, it seems. Tonight it’s a session from Fleetwood Mac – the pre-Stevie Nicks/Lindsey Buckingham/Rumors/Don’t-stop-thinking-about-tomorrow Fleetwood Mac. The one featuring Bob Welch, and the one probably more closely linked to the original Fleetwood Mac (Peter Green‘s Fleetwood Mac) than anything later.

I will confess my favorite incarnation of this band were the initial ones; when Peter Green, Mick Fleetwood and John McVie left John Mayall’s Bluesbreakers and eventually teamed up with ex-Chicken Shack singer/keyboard player Christine Perfect (later to become McVie). Later, Jeremy Spencer, whose escapades and disappearance and born-again Christian resurfacing were all part of the interesting and ever-changing makeup of the band. I remember their appearances at the Shrine Expo Hall early on – and remember, it was Fleetwood Mac who gave us Black Magic Woman long before Santana did. Albatross was one of the go-to songs to supply those hash-soaked evenings with hazy brilliance. And Green Manalishi just summed up everything. The late Bob Welch was a later incarnation who maintained much of that initial spirit until the big shakeup occurred.

So when the sudden shift in the band meant a lot of that original potency disappeared, so did a lot of interest in the band. But whereas people like me stopped listening, millions more took my place and they became the stuff of legend and the sound of Political campaigns.

To paraphrase an immortal Fleetwood Mac single from my deep-dark past; Oh Well.

Tonight it’s a session, recorded at The Record Plant in Sausalito and relayed by KSAN in San Francisco on December 15, 1974.

Some 40 years later, this still tickles the earlobes.