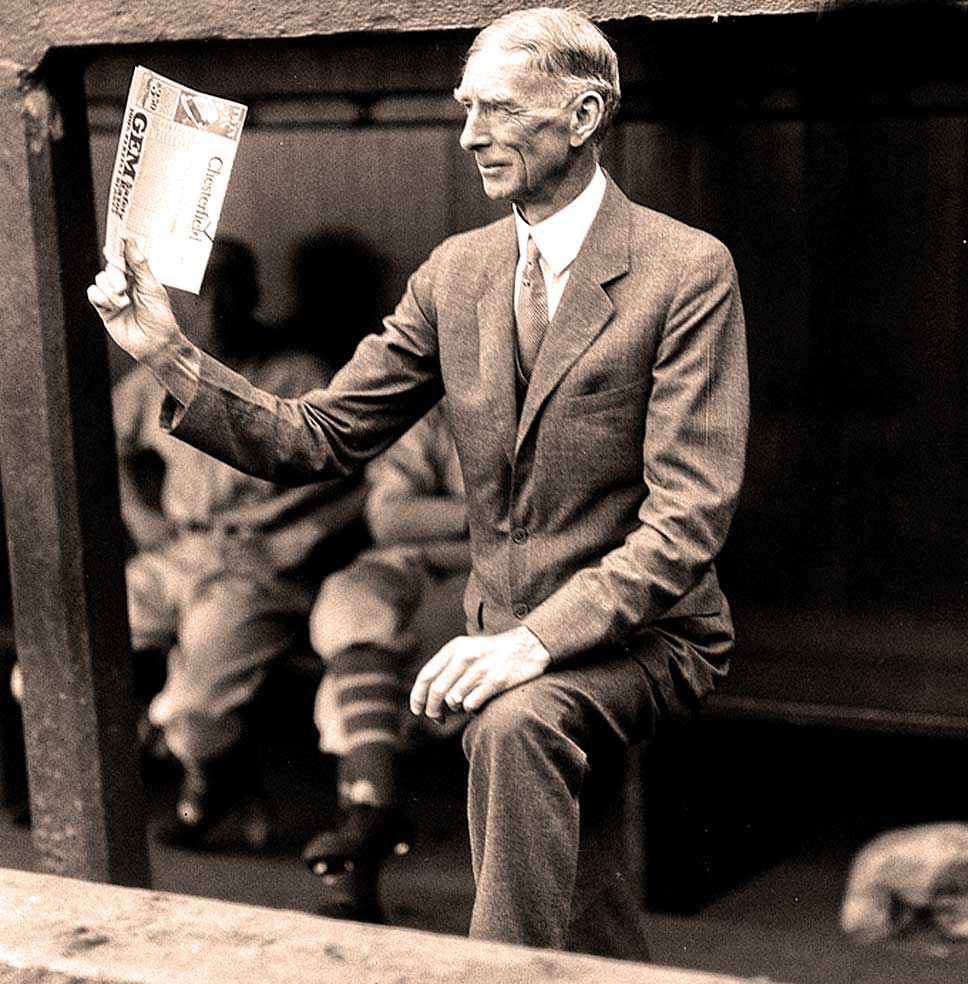 Believe it or not, we are in the middle of Baseball season. And with that in mind, I ran across this documentary from 1956, run on the occasion to coincide with the beginning of the 1956 baseball season, and also to memorialize Connie Mack, who had passed away in February of that year.

Connie Mack, or Cornelius McGilliguddy Sr. was a living legend in Baseball. Born in 1862, Mack became one of the leading figures in shaping the game from the 1890s until his death in 1956 at the age of 93.

Prior to him, Baseball was something of a rogue sport loaded with nefarious types and corruption and was completely missing any sign of respectability it eventually achieved, thanks to his stewardship.

Probably most notable was Mack’s managing of the Philadelphia Athletics from 1901 till his retirement at the end of the 1950 season, when he was at the ripe age of 87.

This documentary, part of the Biographies In Sound series produced by NBC Radio on April 10, 1956 traces Mack’s career and interviews those people who knew him, who worked with him and who played opposite him. It’s a fascinating slice of early Baseball history, which includes recordings of the voice of Connie Mack, and several others who have gone on to achieve legend status.