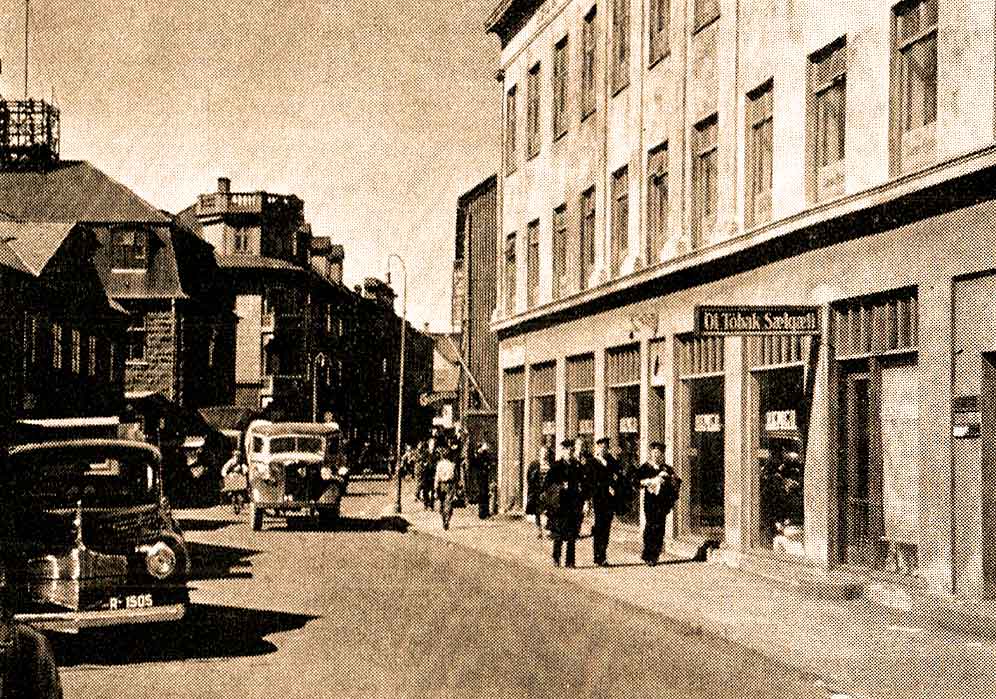 America steps an inch closer to a shooting war.

Raids Over Europe – Raids Over England – Setting Up Shop In Reykjavik – July 8, 1941

Another morning after in the UK.

News for this July 8th in 1941 had much to do with what was going on with the Allies and how much closer the U.S. was getting to engaging in a shooting war.

Starting off with the news of British Bombers making another sweep over Northern France to take out a reported Synthetic oil Plant, as well as raids over Western Germany. In contrast, German bombers did much damage to Southampton in what were described as some of the sharpest attacks of the war so far.

But the big news was the landing of U.S. troops in Iceland and establishing a base of operations in the Capital of Reykjavik. It was seen by many as one step closer to a shooting war with the Axis, and many viewed it as a shock to Hitler, who was gambling on a divided U.S. from the German invasion of Russia. Word from Berlin on this July 8th was “no comment”.

The announcement came as a surprise, and a relief to Britain, who could now transfer troops stationed there to where they were needed. It was also in response to reports that Germany was planning on an occupation of Iceland, which Washington viewed as a hostile and dangerous threat to the Western Hemisphere, with Greenland a short distance away and Maine a half-day away by Plane.

Also on Capitol Hill, voting on a bill to defer draftees at age 28, which was expected to pass with no problem. The problem lay inside the bill, which included anti-strike provisions as an obvious blow intended for Labor and CIO leaders were camped out in Washington lobbying heavily on Congress to defeat the Connolly-May Bill which empowered the President to take over struck plants and defense industries and to make strikes illegal under certain circumstances, making strikers and picketers criminals under certain conditions. This was viewed as poison by Labor leaders.

And that’s just some of how this day went, this July 8th in 1941 as reported by NBC’s News Of The World and A Special Broadcast on Iceland.