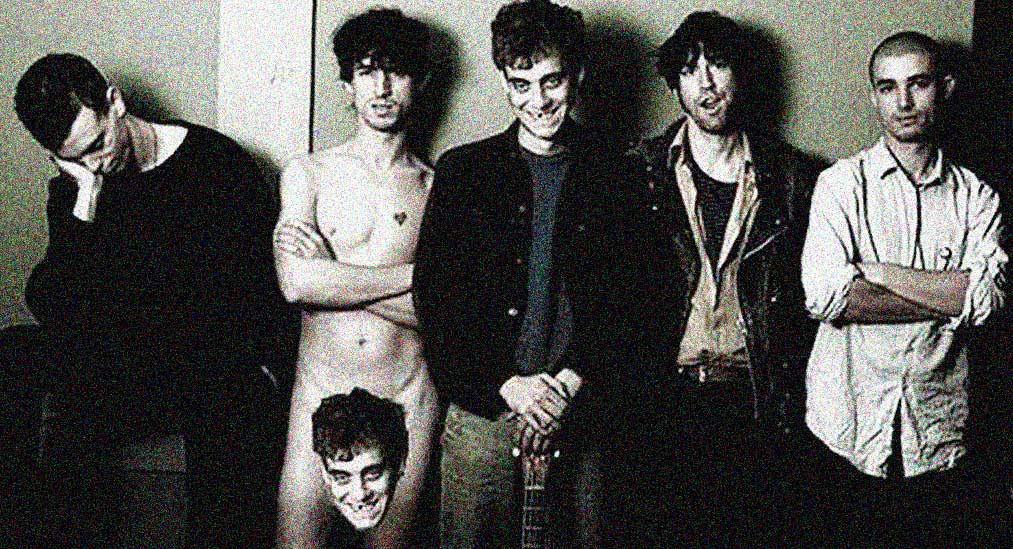 The Fat White Family - heirs apparent to the mantle of wretched excess.

The Fat White Family – Live At Eurockéennes 2014 – Nights At The Roundtable: Concert Edition

The Fat White Family – heirs apparent to the mantle of tuneful wretched excess.

Click on the link here for Audio Player – The Fat White Family – in concert at Eurockéennes – July 4, 2014 – RFI

According to press reports, UK Sleaze/Psych Rockers The Fat White Family have achieved a level of notoriety not seen for some time. Banned from some festivals for being “unsuitable” for certain venues and unfit for a certain musical ethos, The Fat White Family have enjoyed the derision about as much as they enjoy the applause. Stirring up a pile more controversy when FTW lead singer Lias Soudi referred to Artic Monkeys‘ Alex Turner as a “moron”, has been the publicity icing on the musical cake.

For whatever controversy they’ve created, one gets the impression the rule “even bad publicity is good publicity” may apply here. Not least is the fact the band have a kind of devil-may-care approach to performances, particularly where Lias’ clothes are concerned. It all makes up for an interesting presentation, which can be a distraction where some interesting music is concerned.

Tonight it’s a recent gig from The Fat White Family at the 2014 Eurockéenes Festival in Belfort, between Lyon and Strasbourg in France. It is touted as one of the largest festivals of its kind in Europe, and judging from the number of acts over the three day festival, it lives up to its reputation.

FWF’s set takes place early in the day, so they don’t have much chance to get in trouble – but it’s still a good set from a band with a reputation which precedes them.

At last report, The Fat White Family are slated to tour the U.S. starting in October, after putting in a brief appearance earlier this year at SXSW. They will be kicking off a return to the U.S. with a performance at The Bowery Ballroom on October 18th. Tickets are available.

In the meantime, have a listen and check out their show from last week.