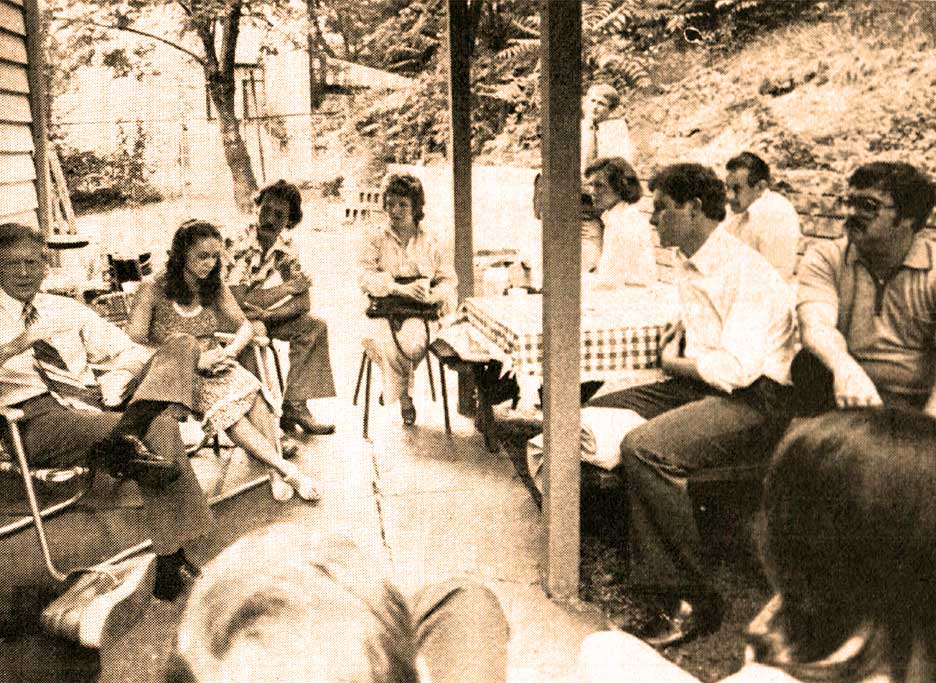 Jimmy gets and earful from John and Jane Q. Public.

Jimmy gets an earful from John and Jane Q. Public.

While Capitol Hill was milling over the SALT II treaty, crossing T’s, dotting I’s and arguing about everything in between, Jimmy Carter was ensconced at Camp David listening to what the Average American had to say about what was going in the country on this July 9th in 1979. Later he would be visited by members of Congress to discuss Energy and the Economy. An earful was guaranteed to be had for all.

And there was lots. OPEC was shaky at best. Iran‘s oil capacity was reduced, owing to two pipeline explosions the previous day. Saudi Arabia’s output increased, but it did nothing to reduce the climbing price of oil. Oil prices were starting to wear on the population and the economy, with layoffs and inflation making life a dodgy proposition for the remainder of Summer.

And there was 1980 on people’s minds – Jimmy Carter was endorsed by 20 members of The National Governor’s Conference in Louisville for another term as President.

And the country’s DC-10 fleet was slated to begin flying later in the week. The planes were grounded and subjected to intense inspections after several accidents and crashes rendered the DC-10 suspicious. The FAA concluded their findings and pronounced the aircraft safe, but did order further inspections to be conducted periodically.

And Skylab was expected to break up and hit Earth, with some 500 pieces expected to scatter sometime later in the week. No one could predict where the pieces would land, but there was a bit of concern about the estimated 10 pieces that weighed over 1,000 pounds each, hitting populated areas. Nervous anyone?

And that’s just a little of what went on this July 9th in 1979, as reported on The CBS World News Roundup.