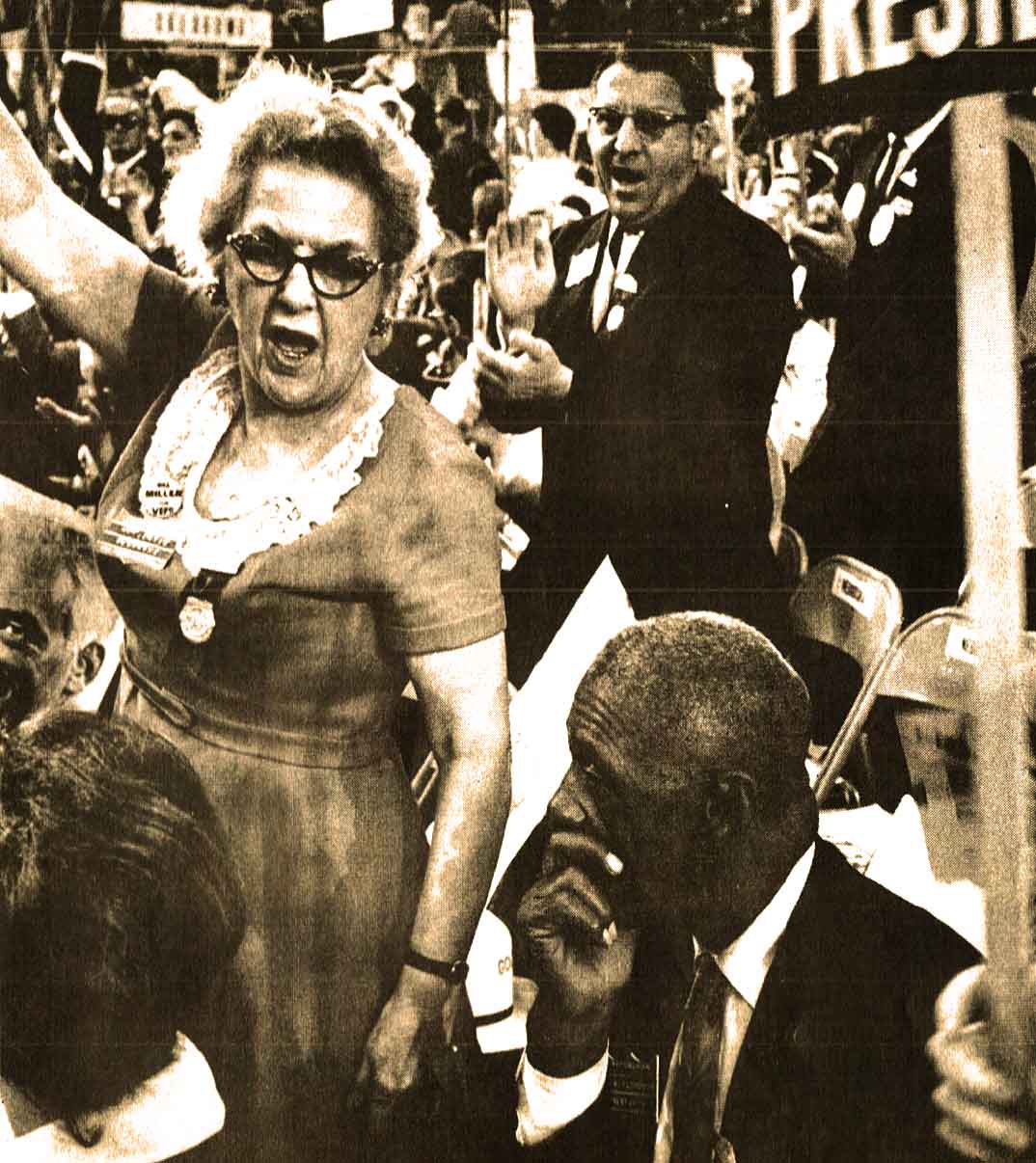 No one unhappier here than the Eastern Progressive Republican.

No one unhappier here than the Progressive Republican…except maybe people of Color.

Fifty years ago this week, the news was all about the dramatic events unfolding at the 1964 Republican Convention. The new wave of extreme Conservatism had swept over the party, and its Candidate of Choice, Barry Goldwater was riding the crest of that wave all the way into the Cow Palace in San Francisco.

But not without contentious fights inside and demonstrations outside. Calls for a platform measure to denounce the extremist elements in the party, most notably the John Birch Society, were largely shouted down. When Presidential candidate and New York Governor Nelson Rockefeller attempted to call for a halt to the reading of the Platform in order to address his delegates concerns over issues, he was shouted down. An interview with Baseball legend Jackie Robinson echoed the disillusion felt by many African-American Republicans at the time, since it was Goldwater who voted against the Civil Rights Bill of 1964.

It was loud, lively and in the end, signified an abrupt change in direction of the GOP – a direction many had doubts about. But those doubts wouldn’t be confirmed until November.

For this week, starting yesterday and continuing through the 16th of July 1964, the stage was set and the drama was unfolding as the ritual of Politics came to San Francisco.

Here is a one hour snippet of events as they were summed up and unfolding, the evening of July 14th as reported by the venerable Chet Huntley and David Brinkley.