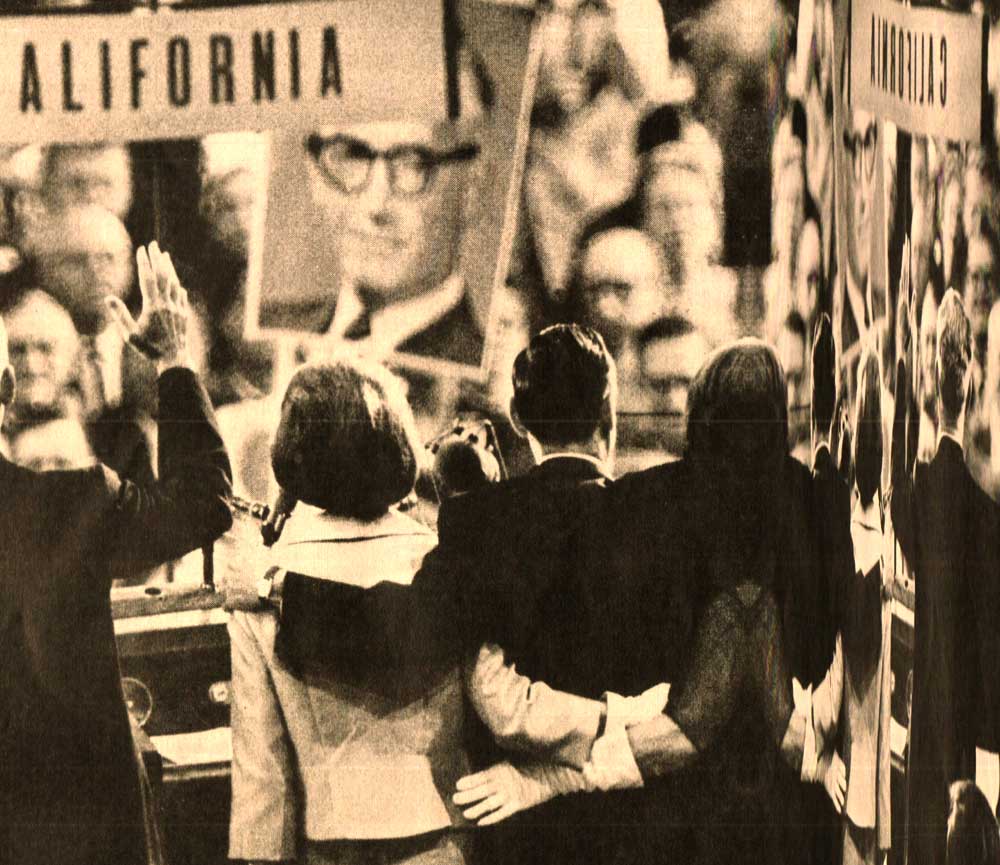 It came so fast, people didn't know what hit them.

It came so fast, people still don’t know what hit them.

As the 1964 Republican Convention continued on this July 15th, fifty years ago, the day of Nominations wasn’t such a surprise or shock. Of the 635 delegate votes needed to cinch the nomination, Barry Goldwater received some 850, and he swept to the nomination.

The Moderate and Liberal wings of the Republican party saw the writing on the walls – the new, angry, cantankerous people took over. The ones Jacob Javits and Nelson Rockefeller warned about – the ones whose outspoken derision and mocking of the “egghead elite” now made moderation within the ranks of the Republican Party a thing of the past. The Party of Lincoln was radicalized. The party of Eisenhower was rendered moot.

Here is an extract from that day as voting took place and the frenzy of the convention and the fever-pitch of nomination took center stage, that July 15th in 1964 as reported by Walter Cronkite and the team at CBS News.