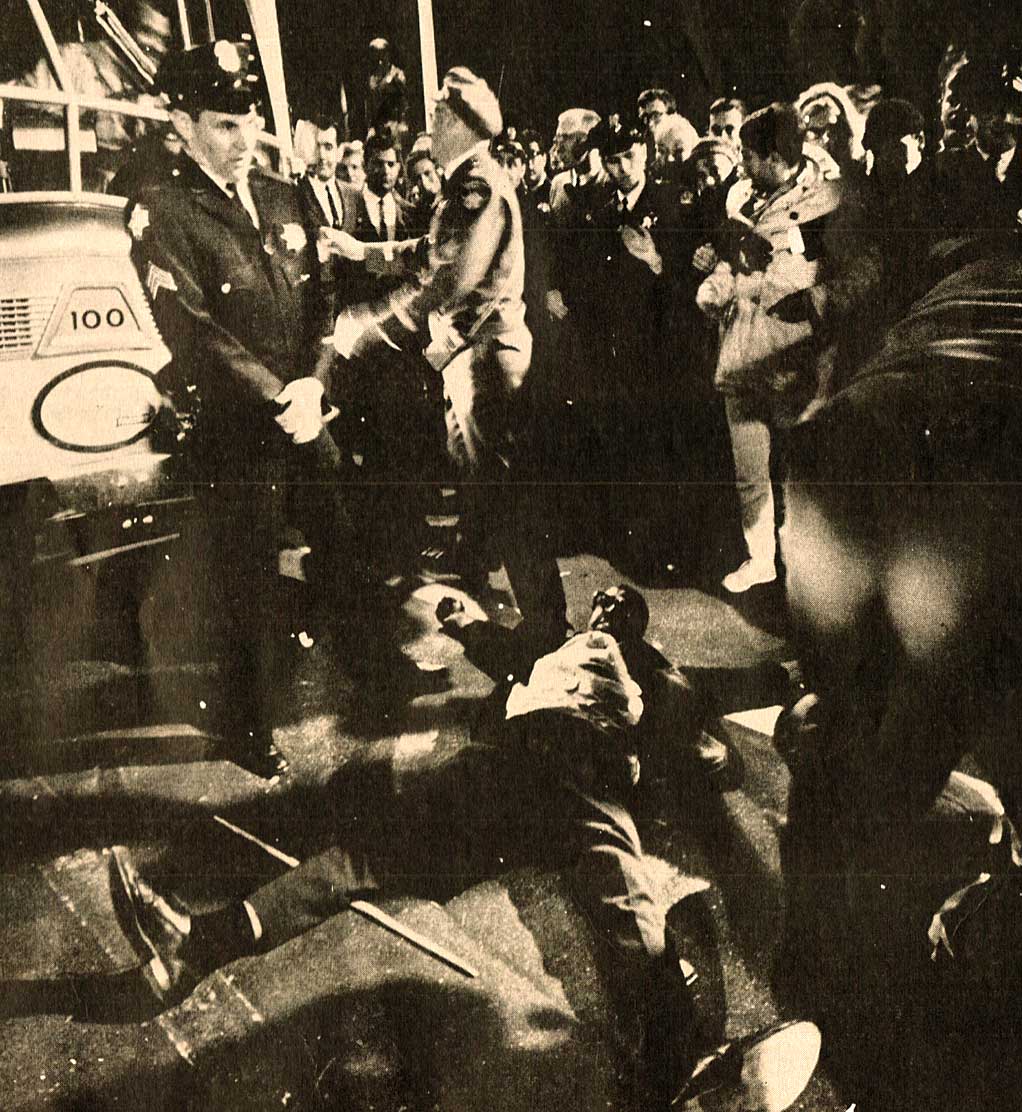 . . .meanwhile, back on Planet Earth.

For all the circus atmosphere inside the Cow Palace, the 1964 Republican Convention in San Francisco was a turning point for the GOP. Barry Goldwater was the official nominee; it was all over but the shouting and the acceptance speeches, and it was looking like William Miller was the shoe-in favorite for vice-President. But outside it was a different story, and a few miles away, at the Mark Hopkins Hotel where William Scranton and Nelson Rockefeller had their headquarters, it was sobering.

CORE had been staging demonstrations and throwing up picket lines around the convention center since the start. With Goldwater as Standard bearer for the party now, the demonstrations grew louder and the pickets more intense.

In this particular edition, peppered with news reports from the demonstrations outside the Cow Palace and interviews with Jacob Javits, an impromptu press conference with Barry Goldwater, there was a roundtable observation from the reporters covering the events of the day.

A fascinating post-mortem of the previous 12 hours, with a lot of prophesy for the months (and decades) to come.

Here is that last hour of coverage and wrap up of the Republican Convention from July 15th 1964, as reported by CBS News, anchored by Walter Cronkite.