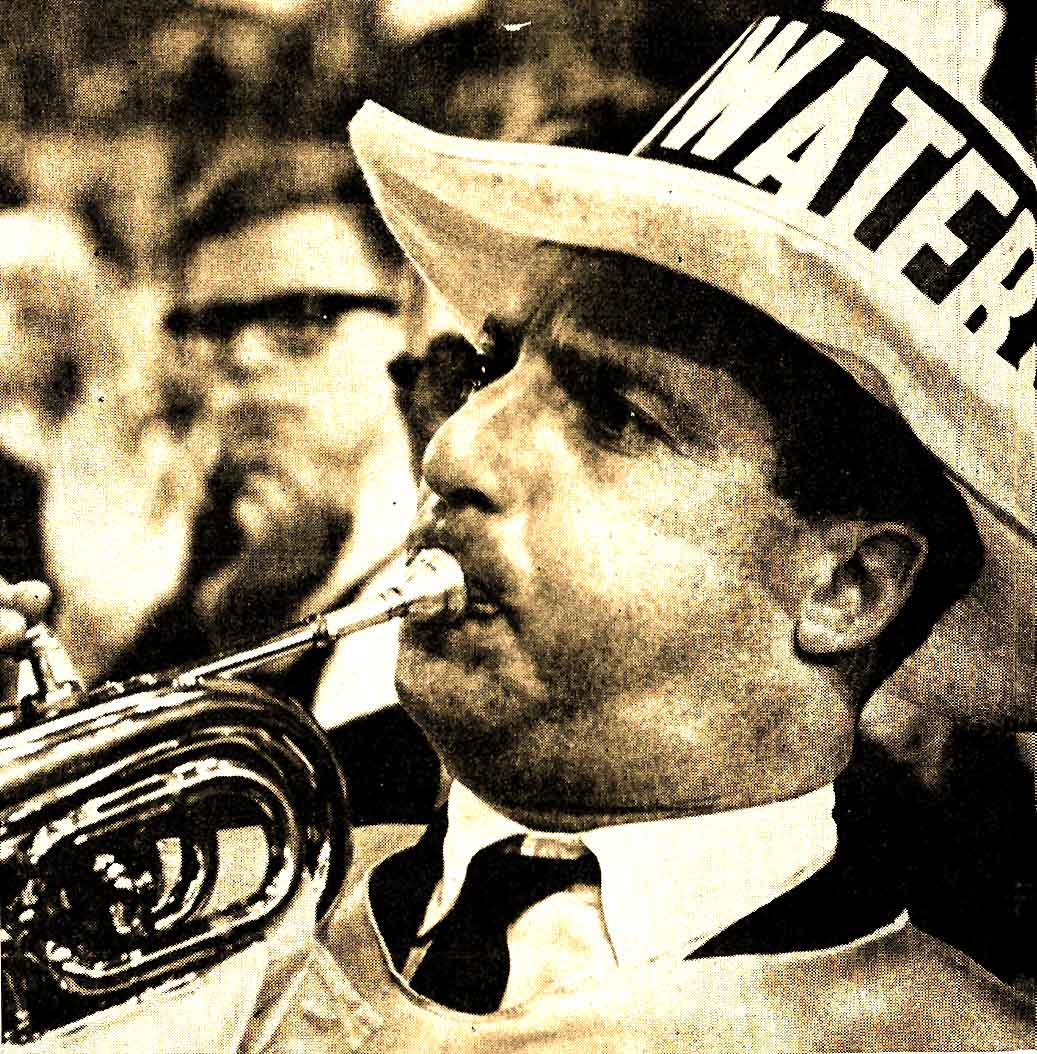 Young Americans For Freedom were passing out Hangover kits.

Dancing With The One That Brung Ya – Barry Goldwater Gets The Nod And Runs With It – July 16, 1964

Young Americans For Freedom were passing out Hangover kits.

All over but the shouting, this last day of the Republican Convention, July 16th in 1964. Fifty years ago today they were waking up, bleary eyed and hung over and staggering into the Cow Palace for the final nomination and vote for vice-Presidential candidate William Miller and to hear the last round of speeches, culminating in Barry Goldwater‘s acceptance speech.

But even before the final gavel was sounded, the reports and assessments were pouring in from all over the world. The spin was going into hyper-drive and the rest of America was trying to digest just what had gone on 24 hours earlier.

Senator William Knowland, a major supporter of Barry Goldwater and a newspaper owner, summed up the dilemma rather well. When asked about a newspaper report of Goldwater winning 62% of the Primary vote in one state, and that it was characterized as a “squeaker”, Knowland emphatically replied it was typical Liberal spin and that 62% was a landslide as far as he was concerned.

Eye of the beholder, no doubt.

To give some idea of how the day was going, along with the acceptance speech of Barry Goldwater, here is a little over 2 hours of coverage, interviews, reports and addresses from the floor of the Cow Palace for July 16th 1964 by the venerable crew at CBS News, headed up by Walter Cronkite on the first (or top) player and the second (middle) player, with speeches by William Miller and Richard Nixon’s introduction of Barry Goldwater. Apologies for sound on the CBS portion of the show – the tape was badly damaged.

And on the third player is the much-anticipated and often quoted Acceptance speech by Barry Goldwater.

The Bill and Barry Show.