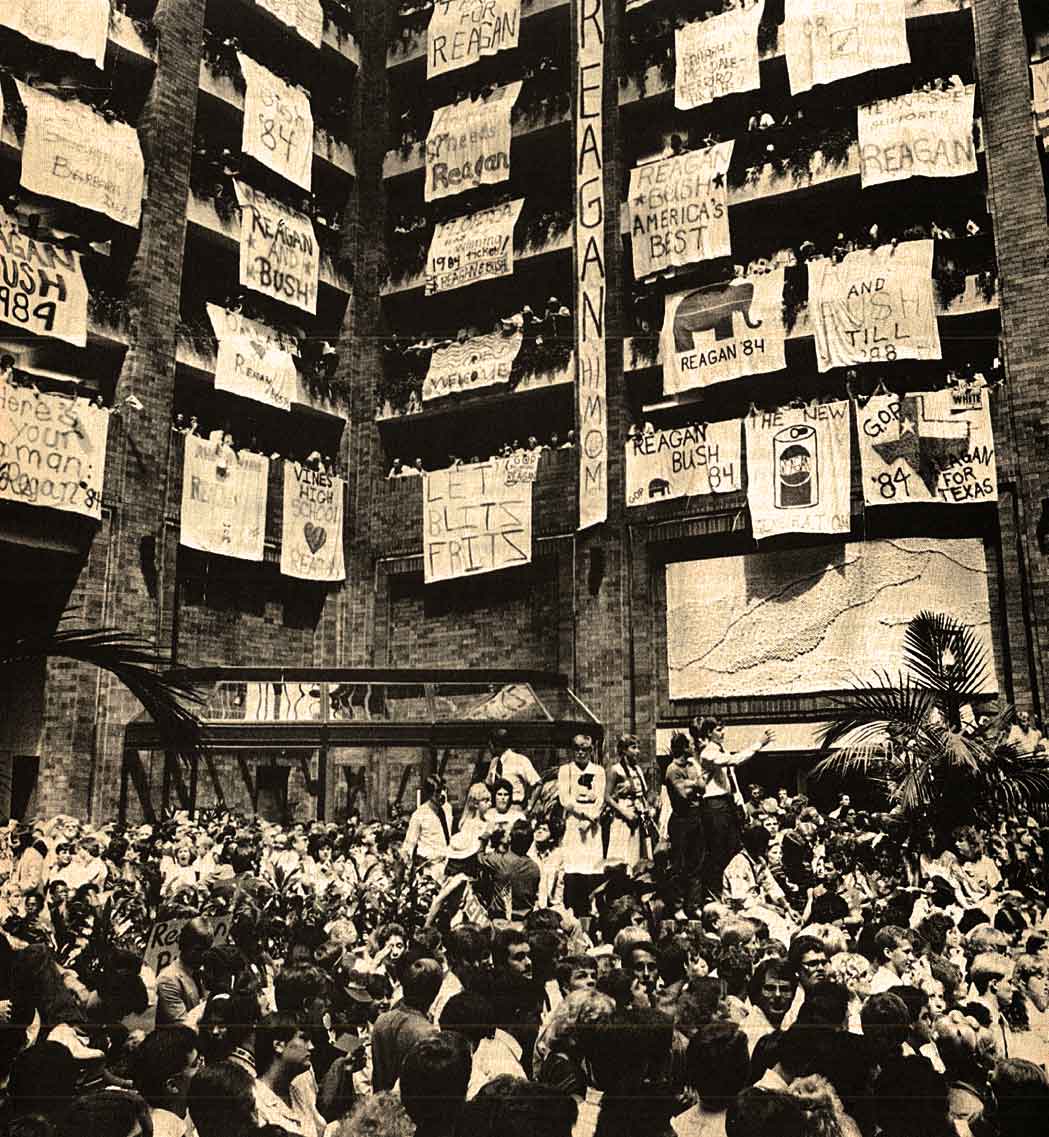 Thirty years ago today we were knee-deep in anticipation of the 1984 Olympics and eye-ball deep in 1984 Presidential Electioneering.

Meanwhile, Presidential hopeful Walter Mondale was taking the week off to gear up for Phase Two.

On the other side of the world – Israel was electing a new Parliament and a new government with an unpredictable result on this day. The preliminary reports indicated a strong turn-out of the some 2 million voters with what was looking like a strong showing for Shimon Peres‘ Labor Party. But there were no sure-things.

Congress was set to make a reappearance this day on Capitol Hill, between Conventions. Bone of contention for this get-together was the spending portion of the Deficit Reduction package, which had fallen way below expectations. Senate Finance Committee Chairman Bob Dole warned that whoever was elected President in the Fall would have to raise taxes as well as cut spending. But that was next year. The latest big battle was over Defense Spending and a movement afoot to kill the MX Missile. Also pending was an Immigration Reform Bill, which was stuck in Conference Committee.

President Reagan was slated to have a meeting with El Salvador’s President Duarte – their second get-together so far that year. It came hot on the hells of a pending request for an additional $100 million in aid to El Salvador.

And that’s just a small portion of what went on this July 23rd in 1984 as reported by The CBS World News Roundup.