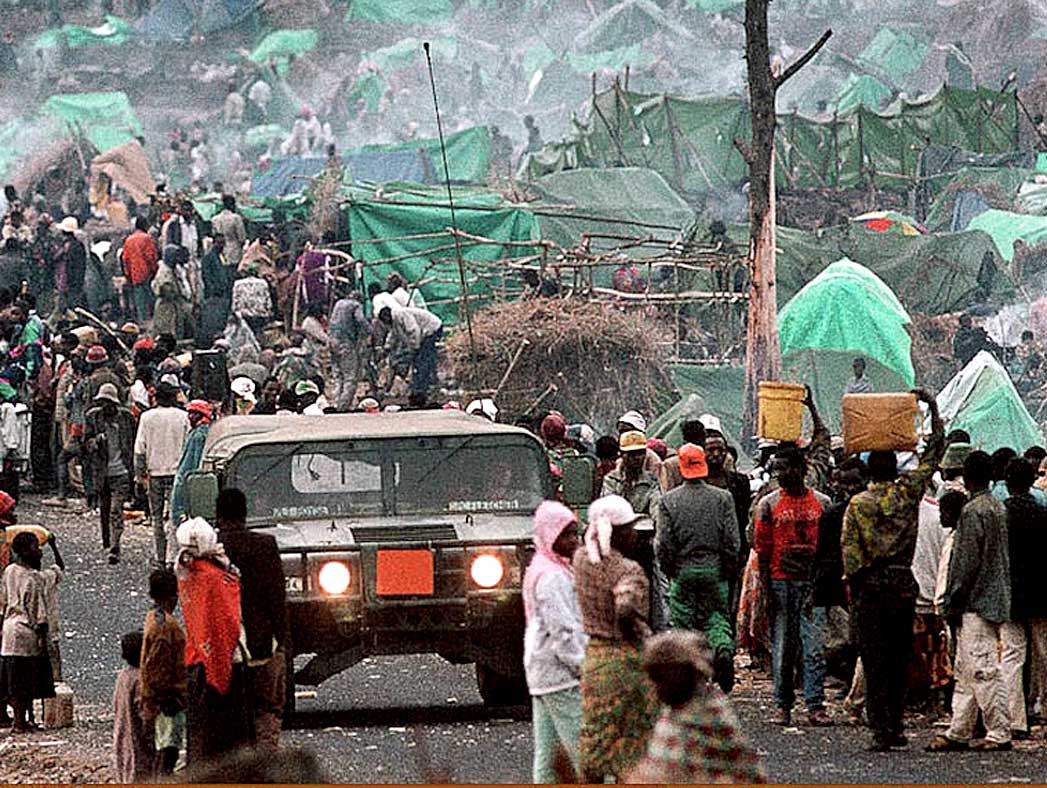 Rwandan Refugee camp - the question was whether it was too little, too late or not.

Rwandan Refugee camp – the question was whether it was too little, too late or not.

On this July 24th in 1994, news was about the U.S. mission to send relief and supplies to the refugees of the Rwandan genocide, who fled to camps in Zaire and Uganda and were now facing a plague of Cholera. The toll was some 7,000 dying of the disease in one week alone.

The question was whether it was too little too late or not. The situation in Rwanda had been raging out of control some 100 days, and UN Peacekeepers were powerless to stop the bloodshed which had claimed some 800,000 in ethnic massacres since April of that year.

But on this day in 1994, relief efforts were underway and there were glimmers of hope.

Rescue of a different kind on this July 24th – climbers on Mt. Hood in Oregon were caught by an avalanche, killing two of the four climbers. The other two survived and were taken by helicopter to a hospital in Portland.

And speaking of Hospitals – First Lady Hilary Clinton was on a bus tour promoting the Clinton Health Care plan. Hecklers in Seattle forced Clinton to shout over them, and Senate Republican Leader Bob Dole was questioning the purpose of the First Lady’s cross-country bus caravan, saying the plan the White House was promoting was already dead.

A reward offer totaling some $750,000 for information leading to the clearing of OJ Simpson from Murder charges was announced. A New Jersey businessman and friend of the former football star upped the ante by $250,000 in an attempt to sweeten the deal in finding the “real killer or killers” of Nicole Brown Simpson and Ronald Goldman.

Just a little of what went on this particular July 24th in 1994 – twenty years ago, via ABC Radio News.