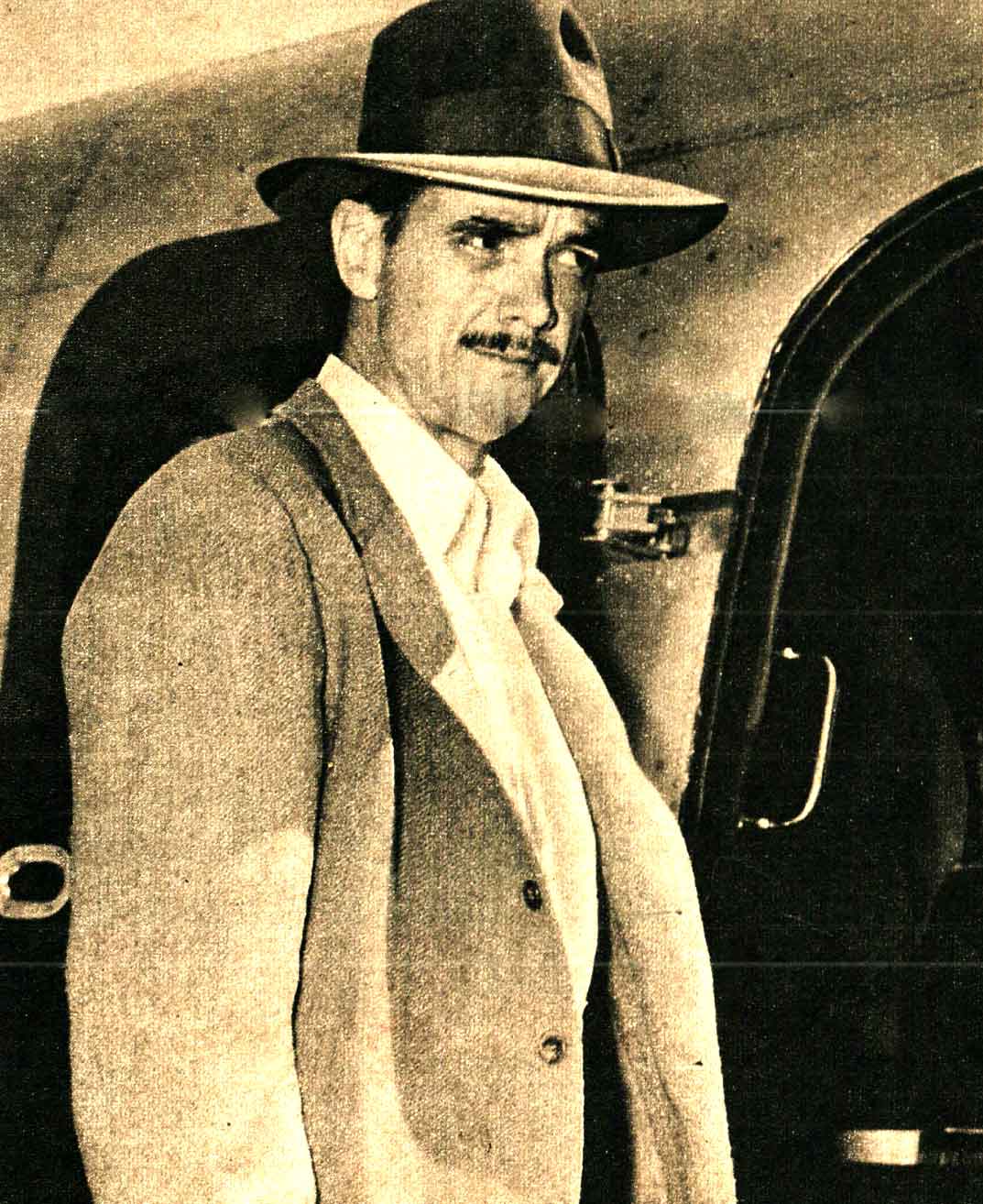 All because of him.

Planes the government didn’t want – but paid for and didn’t receive anyway.

Congress pulled an all-nighter in a futile attempt to investigate Attorney General Thomas Clark over his proposed List of Subversive Organizations. No investigation – no sleep.

Howard Hughes was once again in the spotlight, with the continued hearings over allegations of White House pressure in the awarding of $40 million in contracts to Hughes and Henry J. Kaiser via former Commerce Secretary Jesse Jones. Subpoenas were being drawn up to look at FDR’s papers for hints of impropriety. The crux of the investigation was to find out why money was spent on a contract for planes the government didn’t want and then weren’t delivered.

In other news – Fighting in Greece between Rebels and Government forces continued with fresh attacks by rebels near the Greek and Albanian border. Fighting in Indonesia was also continuing with Dutch forces claiming big advances, sweeping past six West Java towns and were busy mopping up pockets of resistance from Indonesian forces. Similar claims were being given by Indonesian officials, who were claiming successes against the Dutch. Russia, via Izvestia (official Moscow News Service) claimed the Dutch incursion into Indonesia was the work of British and American interests, who they claim urged the Indonesian republic to accept the demands of the Dutch as soon as possible. They also went on to claim the Dutch sold Indonesia to the U.S. for a $1.00 loan. Reiterating Russia’s claim the U.S. and Britain are the culprits behind the fighting in Indonesia.

Back in the U.S. – the subject of safety in Coal mines was front and center this day, since word of an explosion at one of Southern Illinois’ largest coal mines – the second such explosion to take place in four months, leaving 23 miners dead and three others missing was announced. Cause of the blast wasn’t determined, but a fire followed the blast. Four months, almost to the day, a similar explosion occurred where 111 miners lost their lives in the Centralia Mine explosion.

A nationwide wave of poisoned Soy Sauce cases revealed a bizarre set of circumstances which caused the situation. The poisonings were traced to two railroad tank cars carrying arsenic, accidentally delivered to a Soy Sauce plant in San Francisco where the Soy Sauce was inadvertently mixed with the Arsenic and sent for delivery.

There was also the matter of a West Bound Santa Fe passenger train quarantined because a dining car waiter came down with what was thought at first to be Chicken Pox, but was later found to be Small Pox. Health officials were set to board the train at San Bernardino and offer the 114 passengers either Small Pox vaccinations or a 14 day quarantine

And a little rocking and rolling occurred overnight in Los Angeles with three shocks and six aftershocks felt as far south as San Diego. No damage, but L.A. City Hall was reported to have swayed slightly.

That’s just a little of what happened on this July 25th in 1947 (which also happened to be a Friday), by way of Sam Hayes And The News.