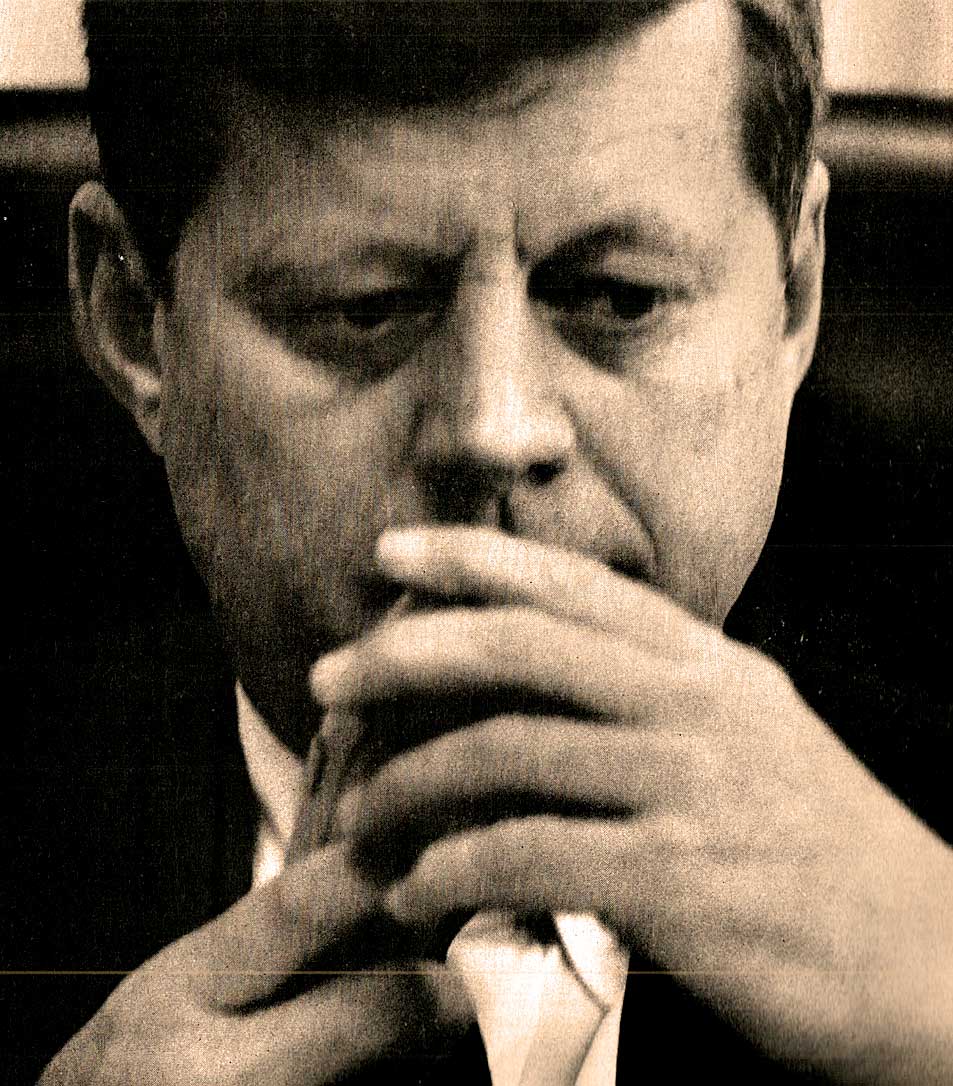 After the Missiles of October, the world took a cautious sigh.

‘A Shaft Of Light Cut Into The Darkness’ – President Kennedy – Address On Nuclear Test Ban – July 26, 1963 – Past Daily Reference Room

After the Missiles of October, the world took a cautious sigh.

As the world slowly recovered from the dangerous closeness of an all-out Nuclear War, as a result of the Cuban Missile Crisis, a step toward banning nuclear weapons was an imperative.

So at the conclusion of lengthy talks in Moscow, a Treaty was in effect. President Kennedy addressed the Nation to give the news:

President Kennedy: “Yesterday a shaft of light cut into the darkness. Negotiations were concluded in Moscow on a treaty to ban all nuclear tests in the atmosphere, in outer space, and under water. For the first time, an agreement has been reached on bringing the forces of nuclear destruction under international control-a goal first sought in 1946 when Bernard Baruch presented a comprehensive control plan to the United Nations. That plan, and many subsequent disarmament plans, large and small, have all been blocked by those opposed to international inspection. A ban on nuclear tests, however, requires on-the-spot inspection only for underground tests. This Nation now possesses a variety of techniques to detect the nuclear tests of other nations which are conducted in the air or under water, for such tests produce unmistakable signs which our modern instruments can pick up. The treaty initialed yesterday, therefore, is a limited treaty which permits continued underground testing and prohibits only those tests that we ourselves can police. It requires no control posts, no onsite inspection, no international body. We should also understand that it has other limits as well. Any nation which signs the treaty will have an opportunity to withdraw if it finds that extraordinary events related to the subject matter of the treaty have jeopardized its supreme interests; and no nation’s right of self-defense will in any way be impaired. Nor does this treaty mean an end to the threat of nuclear war. It will not reduce nuclear stockpiles; it will not halt the production of nuclear weapons; it will not restrict their use in time of war. Nevertheless, this limited treaty will radically reduce the nuclear testing which would otherwise be conducted on both sides; it will prohibit the United States, the United Kingdom, the Soviet Union, and all others who sign it, from engaging in the atmospheric tests which have so alarmed mankind; and it offers to all the world a welcome sign of hope.”

The optimism was cautious, but it was optimism nonetheless. The thought of a nuclear war, and all it entailed, was inconceivable. The treaty, although neither perfect nor permanent, was a step in a positive direction.

Historic addresses are what we do around here – and Past Daily is all about historic addresses, historic events, and historic recordings. That’s why we’re in the middle of our Indiegogo campaign to raise enough money to keep the project going and to keep preservation and digitization happening every day. Your Tax Deductible contribution helps make that happen. It buys much needed replacement equipment, expanded facilities and time.  We can’t really do it without you. And even though we’re not asking for a lot, we’re asking to do whatever you can to help us make that happen. Remember, your Tax Deductible Donation will go a long way and make a huge difference in the preservation and sharing of this important material. Do what you can, but please do it today. Click on the button below (right below the singing Dog) and make your pledge.