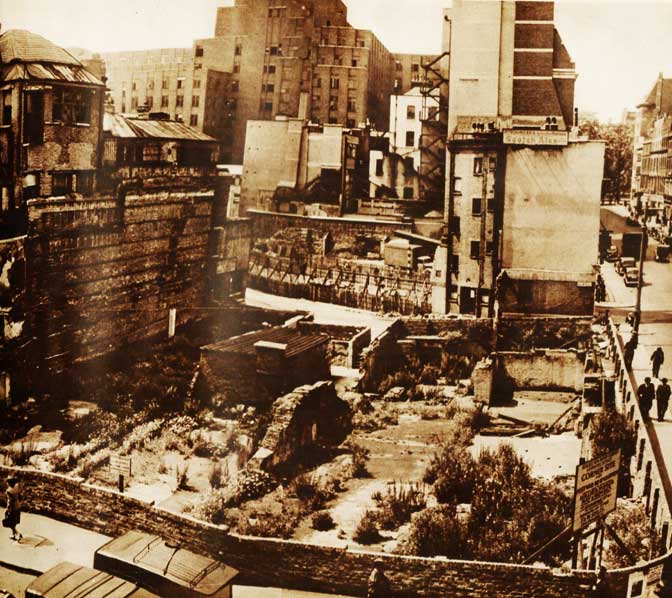 The post-World War 2 period is always fascinating for a lot of reasons; not the least being the slow renewal that took place throughout all the war-torn areas of the world; the day-to-day and the rebuilding.

This broadcast, made by Mutual correspondent Dave Driscoll from the BBC on August 2nd 1947, offers a snapshot of a country in the process of putting itself back together. What Summer in 1947 sounded like, what the people were up to and how they were coping with shortages two years after the end of war.

Even at that, there was a lot of conflict and upheaval going on. The wars of Independence were heating up. The Cold War was making its presence known. The new fear of Communism was an ever-growing concern.

You’d think after a war of that magnitude and destruction people would have wanted anything but another conflict. But no.

It’s a reminder we live in unstable times, and seemingly always have. There is always some uncertainty looming.

But on August 2nd 1947, it was Summer – the sun didn’t set until until much later and things were calm for the moment.

Keep that in mind when you listen to it.

And speaking of keeping things in mind – we’re hot in the midst of our Indiegogo Past Daily/Gordon Skene Sound Collection Fundraiser. We’re trying to keep the archive up and functioning and Past Daily the place where you get to hear what the archive is all about. It takes an incredible amount of time and energy, preserving history. But if it’s not preserved it will disappear, as much of it already has. You can help keep that from happening by chipping in your Tax Deductible Donation for whatever amount you can. We’re not asking for a lot from a few of you, but a little from a lot of you. We’re trying to make a difference here by bringing you the best of History, Culture and Music. It all depends on you and we need your help. It’s been slow, but there are some of you who have stepped up to the place and know how important this is. Please help keep it going by making your Tax Deductible Donation. it’s easy – just click on the the headline below the Piano Playing Dog and you’ll be in and out in no time, and we’ll all sleep a lot better because of it.