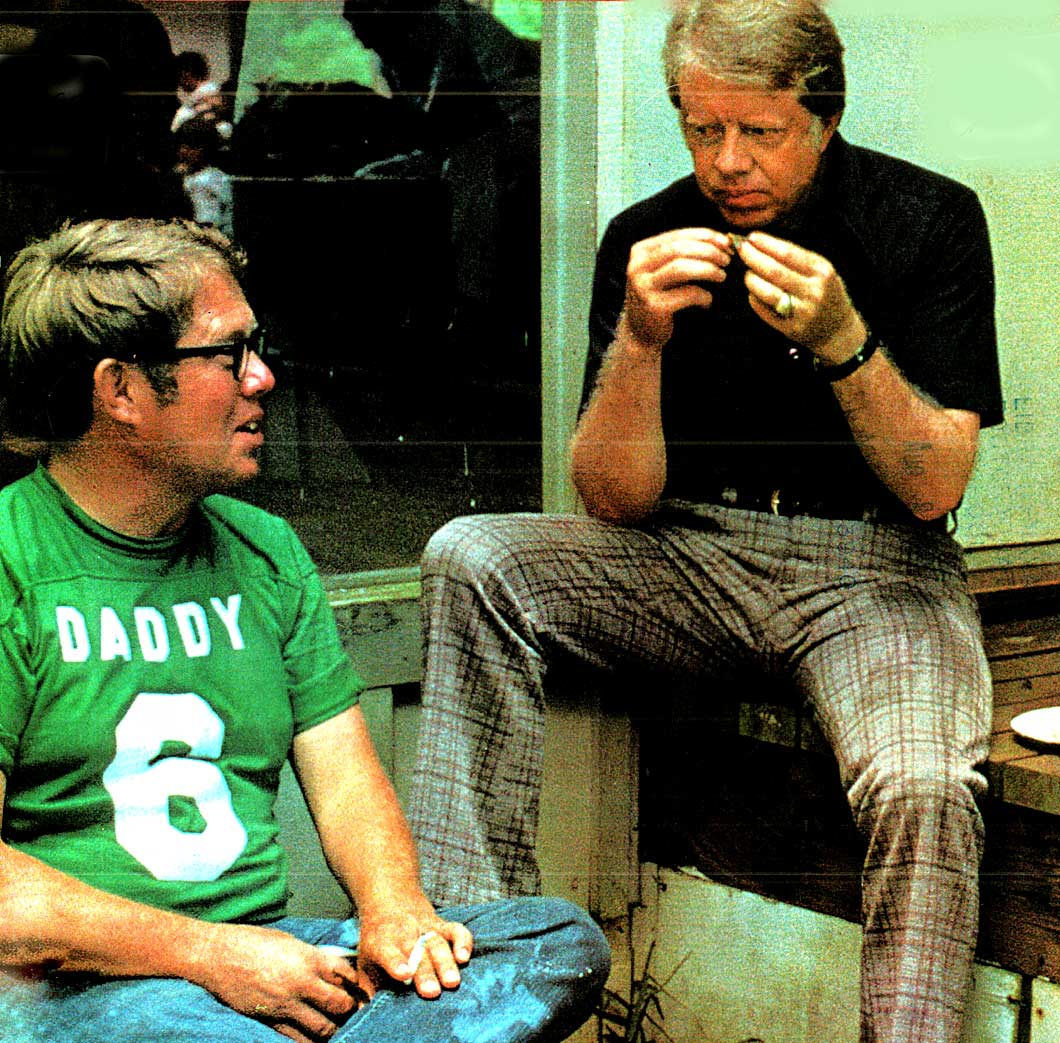 Weighing in on the Goofy Brother Factor.

Weighing in on the Goofy Brother Factor.

Click on the link here for Audio Player – CBS World News Roundup – August 6, 1980 – Gordon Skene Sound Collection News for this August 6th in 1980 was decidedly political in nature. It was a Presidential election year. The Popularity/promise-them-anything campaign was in full swing. The latest was a post-mortem on an appearance the previous night by Presidential hopeful Ronald Reagan at the annual National Urban League Convention in New York. As expected, Reagan didn’t connect with the Urban league constituency. They were polite and tepid with their applause at first, but as the address went on, the crowd grew more vocal and hostile. In the end Candidate Reagan scored minuses with the Urban League. Going from bad to worse was a visit the Reagan entourage made to the South Bronx later that day, where they were met by angry crowds yelling at him to go home. Faring moderately better was Jimmy Carter, who also spoke at the Urban League convention later. Despite misgivings over promises not kept, and a reminder from Urban League President Vernon Jordan (recuperating from an assassination attempt) that Carter got a huge percentage of the Black Vote in 1976 based on Carter’s promises. And since those promises weren’t kept . . . . . But Carter had other problems to contend with – not the least being brother Billy. The Senate Subcommittee holding hearings on Billy Carters nefarious dealings with Libya uncovered damaging evidence of payments being made in order to secure favors for the Libyan government. Committee hearings were wrapping up ahead of the Democratic Convention to be held the following week. Haggling over points on the Democratic Party platform ahead of the convention went on between the Carter and Kennedy camps. Carter was hoping for a first ballot nomination, but the Kennedy forces were still negotiating t’s and dotting i’s. Iranian demonstrators, arrested during a disorderly demonsrtation in Washington on July 27th were released and reunited in New York, where lawsuits were filed against the Washington D.C. police whom the Iranians claimed beat, tortured and harassed them. When asked if there were comparisons to be drawn between the demonstrators being arrested and the American hostages, still in captivity in Iran – the demonstrators said “different matters”. And relative calm to returned to Ft. Indiantown Gap, Pennsylvania where several hundred Cuban refugees went on a rampage and rioted over several days. It was also pointed out that most of the 5,000 refugees camped at Ft. Indiantown didn’t riot, but a few troublemakers did and it only increased a level of unease throughout the town, where locals were spotted arming themselves. And that’s just a little of what went on this rather fractured August 6th in 1980, as reported by The CBS World News Roundup.

And while you’re here – we’ve got to keep plugging away at our Past Daily/Gordon Skene Sound Collection/ Indiegogo Pledge Drive by asking you for a contribution to help keep us going and to keep the preservation and digitization of that massive sound collection that makes up most of the posts here. We’re not asking for a lot from a few of you, but are asking a little from most of you – if you can afford a Tax Deductible Donation of only a few dollars, that is still fantastic. Grateful, grateful thanks to of you who have contributed so far. We’re not out of the woods yet, but a dent has been made. If this sort of historic site appeals to you, and you like the idea you can download all this historic and rare audio and create your own library, please consider helping out and making your Tax Deductible Pledge today. Just click on the link below our Piano-Playing/Singing Mascot and make a donation. It’s for a good cause – it’s all about history and it’s all about preserving that history.