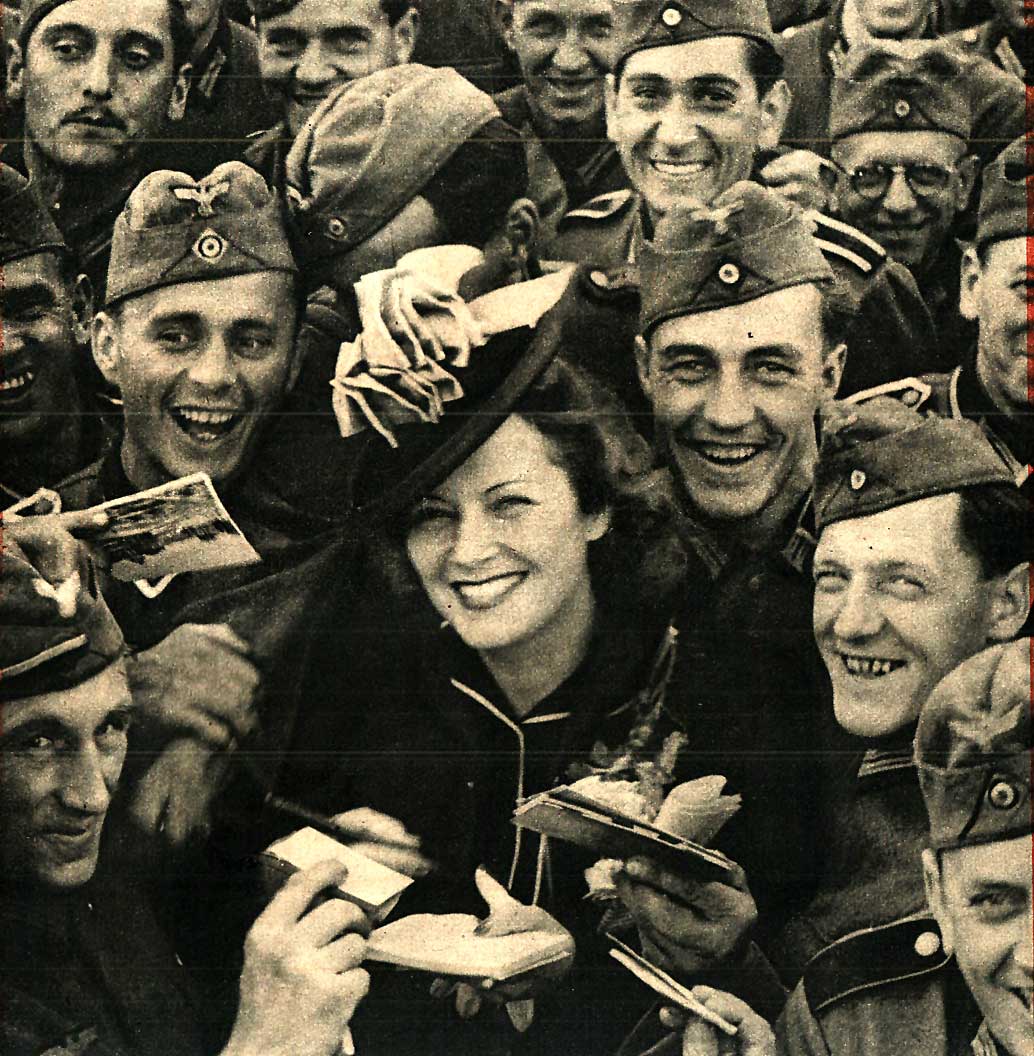 While the war was raging in other parts of the world, the Germans were settling down to their newly-occupied France, this August 6th in 1940, and taking in the sights around Paris, as bits and pieces of France was geared up, shipped out and otherwise Nazified for the foreseeable future.

But even with that, news for this day was about the War and the fighting fronts. News of more German bomber raids over England and British fighters downing four Germany planes in the process. British Admiralty reported some 72,000 tons of shipping had been sunk during the previous week, while the Germans lost some 918,000 tons worth of shipping and some 250,000 tons of Italian shipping.

Rumor was spreading that Germany was going to Invade Britain within the next two weeks. The information was based on intensified ship buildup the Baltic Sea and increase air activity coming from bases in France. A pamphlet was being circulated around England telling what to do and what not to do when the invaders showed up.

A bulletin announced Italian troops invading Egypt from points in Libya was taking place as the broadcast was on air.

News from Berlin reported most German generals were sticking around the Wilhelmstrasse and not taking vacations in case the invasion talk was a reality. It was also reported German insurance companies issued a warning that, if German civilians did not pay attention to air-raid sirens and take shelter, those injured from bombs, shrapnel and flying glass couldn’t collect on their policies.

Meanwhile, back in the States – a Conscription bill was being argued on Capitol Hill, with many contending a Draft wasn’t needed just so long as an all-volunteer army was in place. But much of the talk on Capitol Hill for this day was by way of condemnation for Charles Lindbergh’s pro-German addresses, being given at America First rallies around the country. In denouncing him, Senator Claude Pepper went so far as to brand Lindbergh a Fifth Columnist for Berlin and that Lindbergh was becoming a nightmare for the Administration because of his views and because of his hero status among so many people. It was also charged that Lindbergh was deliberately misleading people by saying an Air Force base in Greenland was a bad idea and attempting to discourage the U.S. from setting one up there. Officials in Germany were reported to have said it felt anyone who had an air base in Greenland stood to control the economic and military policy between Europe and North America.

And that’s just a little of what went on, this August 6th in 1940 as reported by the combined networks of NBC Radio and The News Of The World.

If History appeals to you, and listening to it as it happened appeals to you even more, please consider chipping in to help keep what we’re doing alive. In connection with Indiegogo, the Past Daily/Gordon Skene Sound Collection Fundraiser is appealing for donations, however much you can afford. It’s Tax Deductible, which will come in very handy around Tax Time, and it’s helping preserve and digitize these rare and fragile recordings for future generations to listen to, download, learn from and refer to. It takes a lot of time and effort to save these recordings, and it’s a huge cost to make these and more, available to you every day. We’re not asking for a lot from a few of you, but a little from all of you – whatever amount you can give, it’s all needed and appreciated. We’re slowly starting to make headway, but we need your support now more than ever. If we’re going to continue giving you these documents and sounds (not to mention all the rare music we play every day), we need your pledge of support and your donation dollars in order to make it all happen. Click on the link just under our Piano-Playing/Singing Dog Mascot and give what you can. It goes to a good cause and you’ll be helping make history available to everyone.