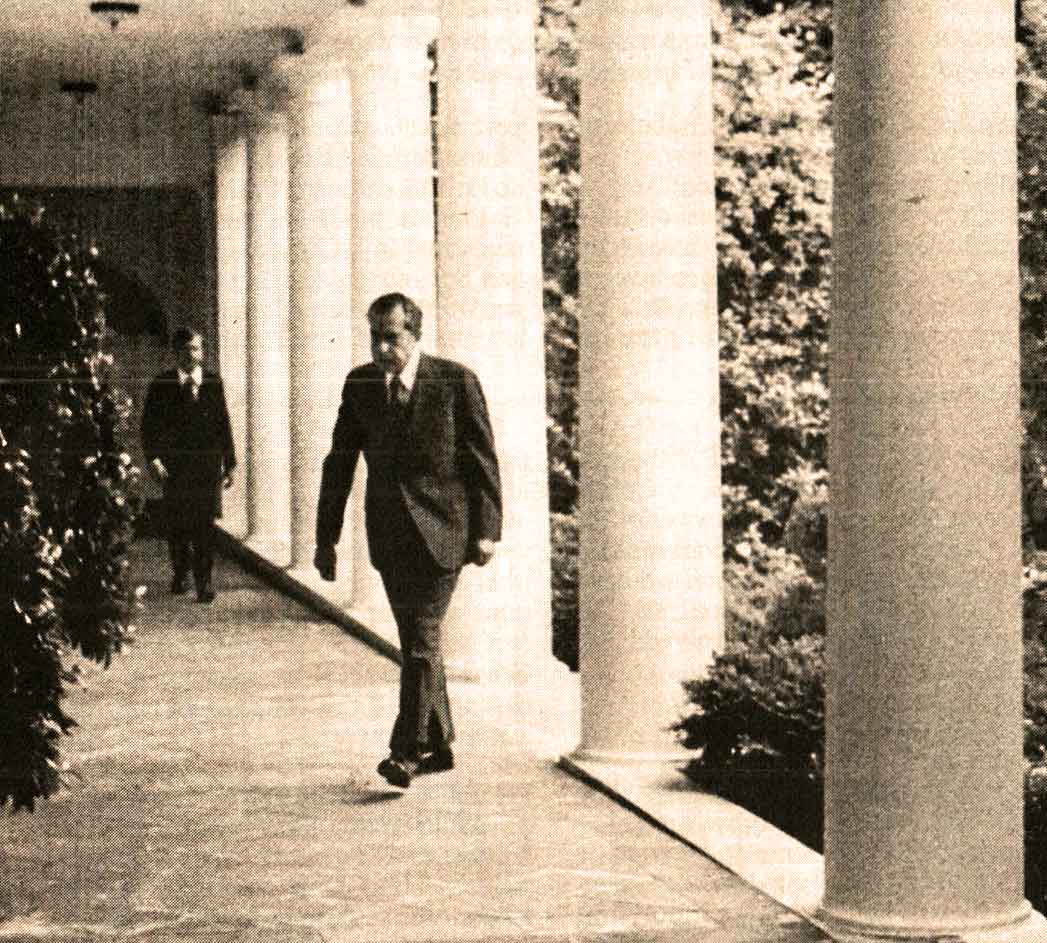 No longer how, but when.

No longer how, but when. No long when, but why.

As speculation reached fever-pitch on this August 7th, 1974, over whether or not Richard Nixon would resign or go through the impeachment process, commentators and news analysts went into overdrive dissecting, mulling, observing and guessing what the outcome would be over the next few days.

Most everyone expressed shock. Many expressed anger and some just wanted the circus to be over.

One of the biggest points to be made in this dramatic soul-search was the painful truth the President lied. And lied repeatedly, over what he knew and when he knew it. It was, if anything, the enormous betrayal the American people felt that, if you can’t trust your own President to be truthful to you, who can you trust?

It had all the makings of the Great National Nervous Breakdown. One which, I’m afraid, America has never really recovered from.

What was gotten from all this was, Richard Nixon set a precedent – but it really had nothing to do with resigning. It had to do with violation of trust. And it never came back.

But on August 6th and 7th, while rumors were flying and every movement to and from the White House was cause for hours of guessing, here are two commentaries delivered by veteran newsmen of the day – Edward P. Morgan and Herbert Kaplow. Each giving their take on the events of this week in August, 1974.

And if listening to these slices of history interests you, and you want to hear more – please help us during our Indiegogo/Past Daily/Gordon Skene Sound Collection Fundraiser, by kicking in a few Tax Deductible dollars to the cause. Not a lot from a few of you but a little from a lot of you. If you love history and want to see it preserved for generations to come, please consider helping make that happen. It’s not a lot to ask, but it makes a lot of difference. Whatever you give, it will help greatly in keeping our preservation and digitization project going, and keeping Past Daily up and running and giving you the best of what we have to give. So, please give a thought you chipping in – we’re passing the hat, and letting you take us off of your Taxes next year. We can’t do it without you – and we more than appreciate and are grateful to the ones who have helped out so far. Let’s keep it going and make it happen – I know we can. Click on the link below our Piano Playing/Singing Mascot and make your pledge.