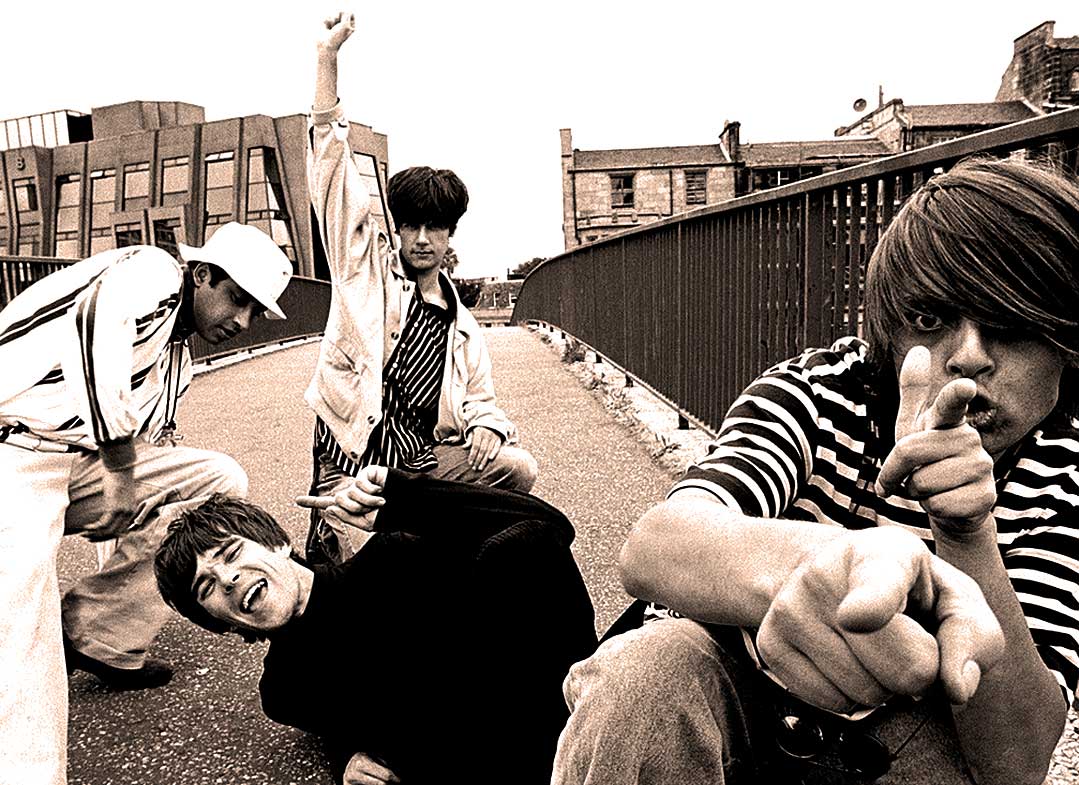 Continuing our romp through Madchester with a concert by Stone Roses, during that pivotal and meteoric period, recorded live in concert from Blackpool on December 8, 1989.

One of the major bands to come out of the Madchester/neo-psych movement, Stone Roses became a worldwide household name in a very short period of time. Bursting on the scene with a combination of Indie/Alternative and shades of Psychedelia, they pointed up to a renewal of energy and enthusiasm that was starting to wane as the 80s were drawing to a close.

And perhaps it was a perfect storm of sorts. From the U.S. you had the dawn of Nirvana and what came to be pegged as Grunge. At the same time you had bands like Lush spiraling off into Shoegaze – it was a very healthy time to explore a lot of different music, and there was a lot to enjoy. And by all accounts, it rejuvenated the audiences who came to hear them.

Sadly, Stone Roses got mired in a lot of management/record company crap that put a damper on their momentum. But they had set the pace, and were followed by bands like Oasis and a nod to Brit-Pop from the likes of Blur. Stone Roses became an inspiration and jumping off point for many bands that followed. They really were at the crest of a wave.

And to remind you of the excitement they generated during that early period, this concert from 1989 gives ample proof what all the excitement was about.

Luckily for everyone they reunited 2011 and did a number of festivals in 2013. There is talk of a new album at some point.

In the meantime – something to tide you over.

And while you’re doing that, please consider making a Tax Deductible Donation to keep Past Daily and The Gordon Skene Sound Archive preserving, digitizing and presenting all these artifacts and pivotal moments to you every day – seven days a week. In conjunction with Indigogo – we’ve been hot on the Donation trail the past few days and, to tell you the truth, donations have been pretty sparse. Those of you who have donated so far I am absolutely grateful beyond belief. But we need more like you – we need a lot of people to give a little, rather than rely on a few people to give a lot. Because a lot of you enjoy this site and love the wide range of eclectic features we put up every day. So it you can, please donate as much as you can – and remember you can write this off on your taxes, which will give you a big sigh of relief come April. And it helps preserve and promote the cause of history and the preservation of it. We can’t do it without your help and we need every little bit we can get. So, if you click on the link just below out Piano-Playing and singing Dog mascot, you will doing a great service for the cause of Art and History and Music. Can we count on you?