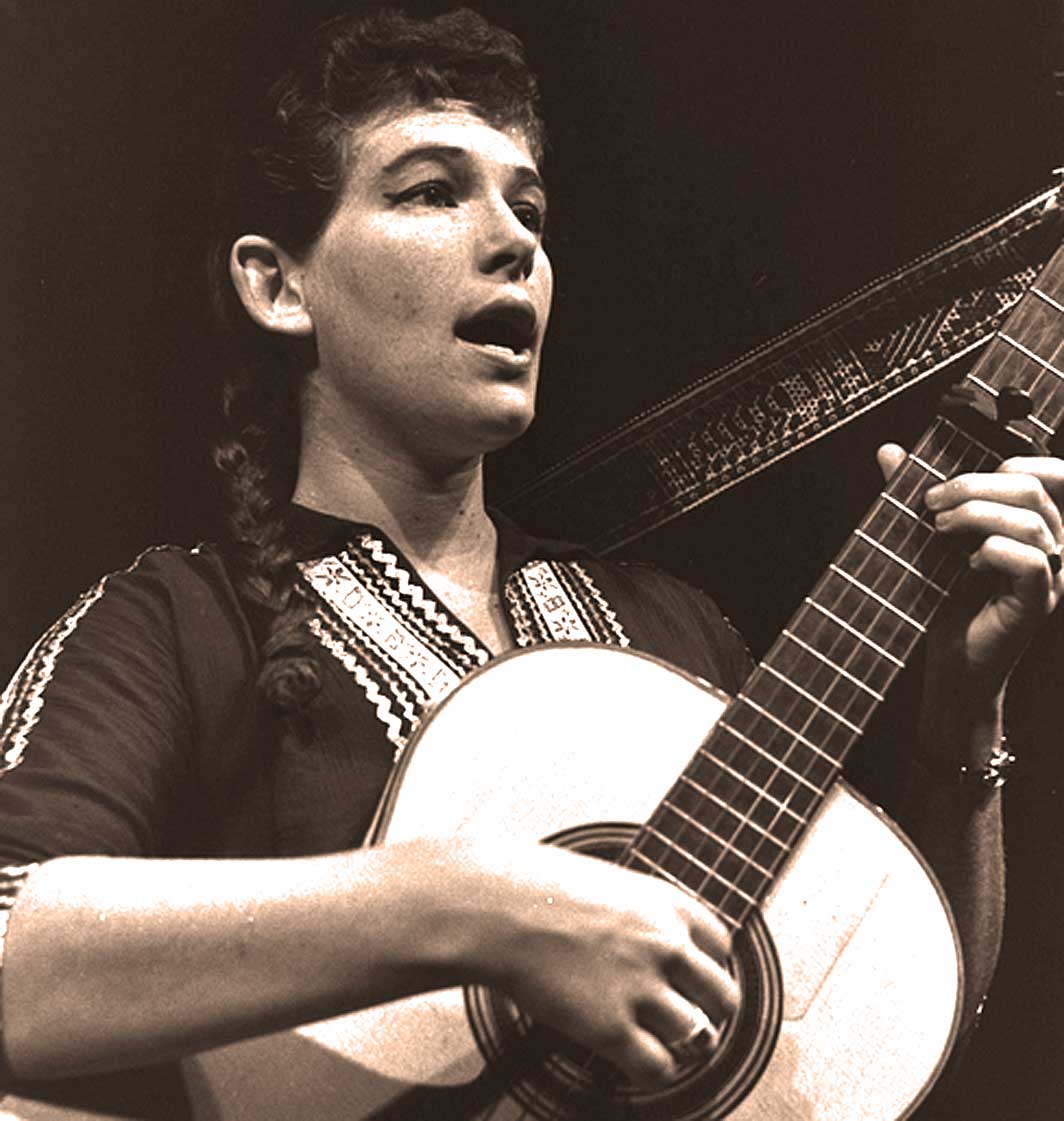 Nechama Hendel of Ron and Nama - fresh from the Ed Sullivan Show.

Folk Night At The Village Gate – 1959 – Past Daily Pop Chronicles

Nechama Hendel of Ron and Nama – fresh from the Ed Sullivan Show.

A few months ago I ran a Skip Weshner Accent On Sound Folk Program live from One Sheridan Square. This week, it’s another folk program – this time a live show from The Village Gate from May 23, 1959.

It’s Couples Night, and featured in the lineup are Peter and Isabel Gardner, Ron and Nama – an Israeli duo fresh from their first appearance on the Ed Sullivan Show and the release of their debut album on the fledgling folk label Elektra. And Gene & Francesca.

All duos and all traditional Folk Music from one of the newer clubs in Greenwich Village at the time, The Village Gate, which had opened only a year earlier in 1958.

This was the backbone – the meat and potatoes of the Folk scene in the 1950s just prior to the Folk revolution. Traditional Americana and World Folk Music, steeped in history and legend. And all presented via FM – that medium tailored to the tastes of the eclectic and the high-end Hi-Fi. It was a whole different scene.

And just how different it was is evidenced by the fact that this was a syndicated show broadcast over KRHM in Los Angeles – the forerunner to KMET as they were both at 94.7 on the FM dial. Eventually KRHM would go off the air and KMET would emerge; first as an automated Elevator Music station, and then as the Album-Oriented/Underground bastion of 60s Rock.

Times changed, and in retrospect, they changed rather quickly. But this is what the Folk Scene largely sounded like in the 1950s.

If this slice of Pop Culture history appeals to you, then please consider supporting the ongoing efforts of Past Daily to keep bringing you these rarities and otherwise-lost recordings from the deep-deep past. We’re in the middle of a Fundraiser, via Indiegogo and in conjunction with Past Daily and The Gordon Skene Sound Collection, which is the archive that brings all this stuff to you. We need your help and we need your Tax Deductible Donation in order to keep the preservation and digitization going and the ability to bring you these rarities on a daily basis. Without your help we really can’t keep doing it. And without your help much of this would be lost. But you can help by giving whatever you can to help keep us up and running. Pennies a day (or portions of pennies a day, if you want to do it that way). We’re not asking for a lot of money from a few of you, but chipping in a little from all of you so you can all enjoy hearing these, in the best possible sound and download them to listen to later. So help make a difference by pledging your support and giving what you can as a Tax Deductible Donation to help preserve History and to keep Past Daily alive. Just click on the link right below our Piano Playing/Singing Dog Mascot and make your voice and support heard. It will be gratefully appreciated.