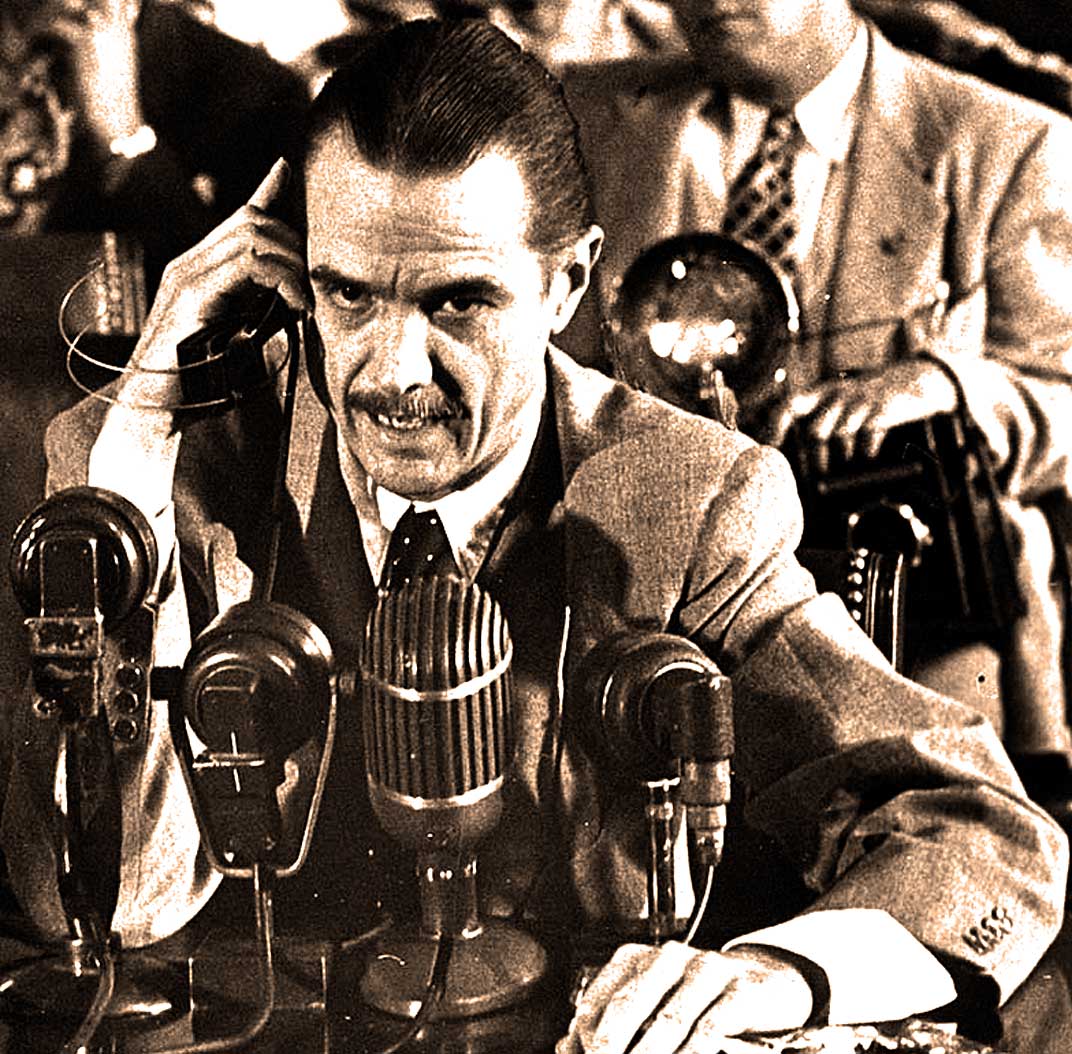 The investigation got nowhere fast.

The big news for this August 11th in 1947 was the abrupt ending of the Senate Sub-committee Hearings on the wartime contracts of Howard Hughes.

The investigation as to where some $40 million in government contracts to Howard Hughes went took a turn to oblivion as Senator Homer Ferguson, one of the two leaders of the investigation abruptly ended the hearings, saying they would resume on November 17th. But it was clear from Hughes’ statement after the hearing’s end that the committee just didn’t have sufficient evidence to warrant a full-blown investigation and that it was perceived to be a giant waste of time and taxpayer money.

In 1942, during World War II, Hughes contracted with the U.S. government to design and build an aircraft capable of transporting 700 troops or a load of 60 tons across the Atlantic. Known by various names, including the H-4 Hercules, the Flying Boat and most commonly, the Spruce Goose (a moniker Hughes detested), it had a wingspan of 320 feet and was the largest aircraft ever constructed. However, the war ended before the plane was completed, and in 1947 Hughes was called to testify before a U.S. Senate committee investigating whether he’d misused millions of dollars in government funds on the project. At the hearings, Hughes said of the Spruce Goose: “I put the sweat of my life into this thing. I have my reputation rolled up in it and I have stated several times that if it’s a failure I’ll probably leave this country and never come back. And I mean it.”

In other news; the Labour Party in Britain voted to approve Prime Minister Clement Atlee‘s decision to defer the Nationalization of that country’s Steel Industry – to postpone it until after Britain’s financial crisis was over. It was a narrow victory, winning by only 4 votes. But it was sufficient to bring about the withdrawal of a resolution which had demanded that the government take over the Steel Industry when Parliament reconvened for its next session in October.

The World and welcome to it – for August 11, 1947 as reported by Cedric Foster over Mutual.