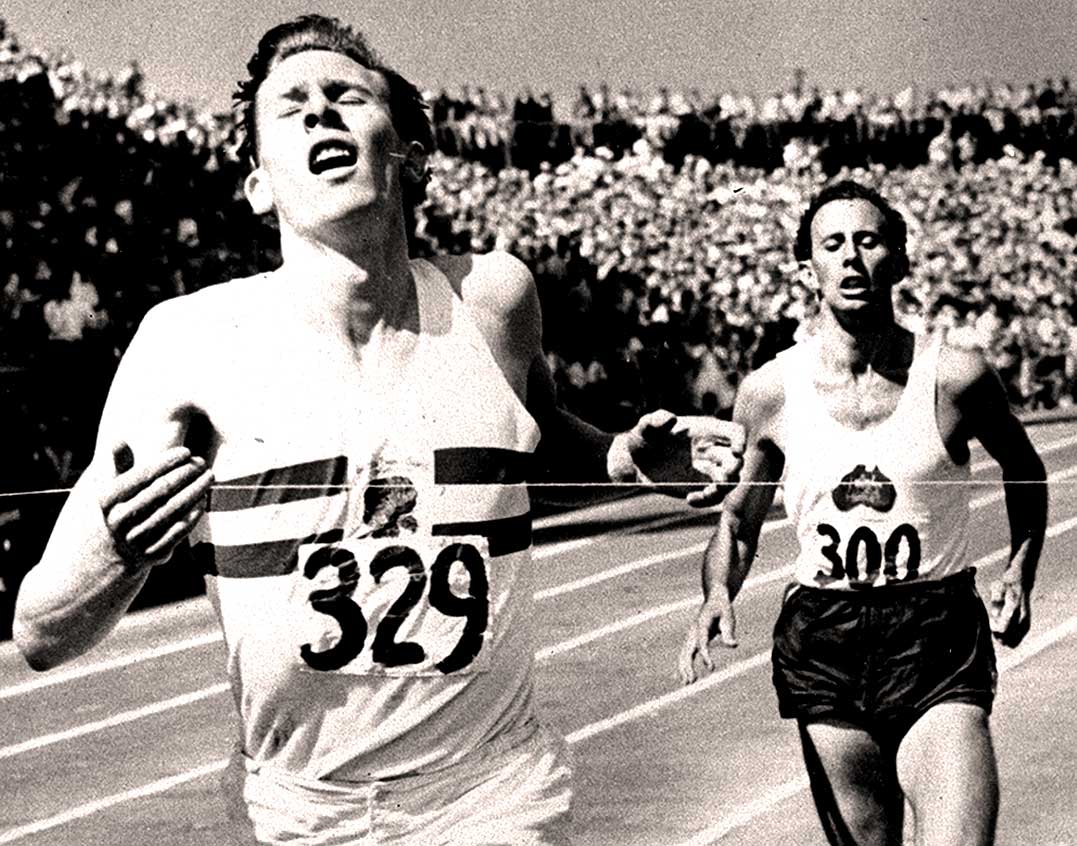 Roger Bannister - John Landy - The two fastest runners in the world in 1954.

Roger Bannister – John Landy – The two fastest runners in the world in 1954.

Sixty years ago it was billed as The Miracle Mile. The 1954 Commonwealth Games featured a showdown between the worlds two fastest runners – Roger Bannister and John Landy.

Bannister broke the worlds record of breaking the 4 minute mile earlier in 1954. The record lasted 46 days before that record was broken by John Landy in Finland on June 21st.

This race, on August 7, 1954 put the two record holders together for the first time.

The rest is history, as it was called by the CBC during those Commonwealth Games, held in Vancouver.

We’re not all about politics and crisis here at Past Daily – we do a lot of Popular Culture too, and those moments in history where the spirit of accomplishment gets to be celebrated one more time. If you’re a fan and want to help, consider making a Tax Deductible contribution to our Indiegogo Campaign and show your support by pledging $10, 25, 50, 100 – any amount you feel comfortable with so that these pieces of history can be preserved and played over and over again. Click on the link in the headline below our Piano Playing/Singing Mascot and make your support known. We need you and we won’t let you down. Make your Tax Deductible Donation and help preserve History and keep it alive.