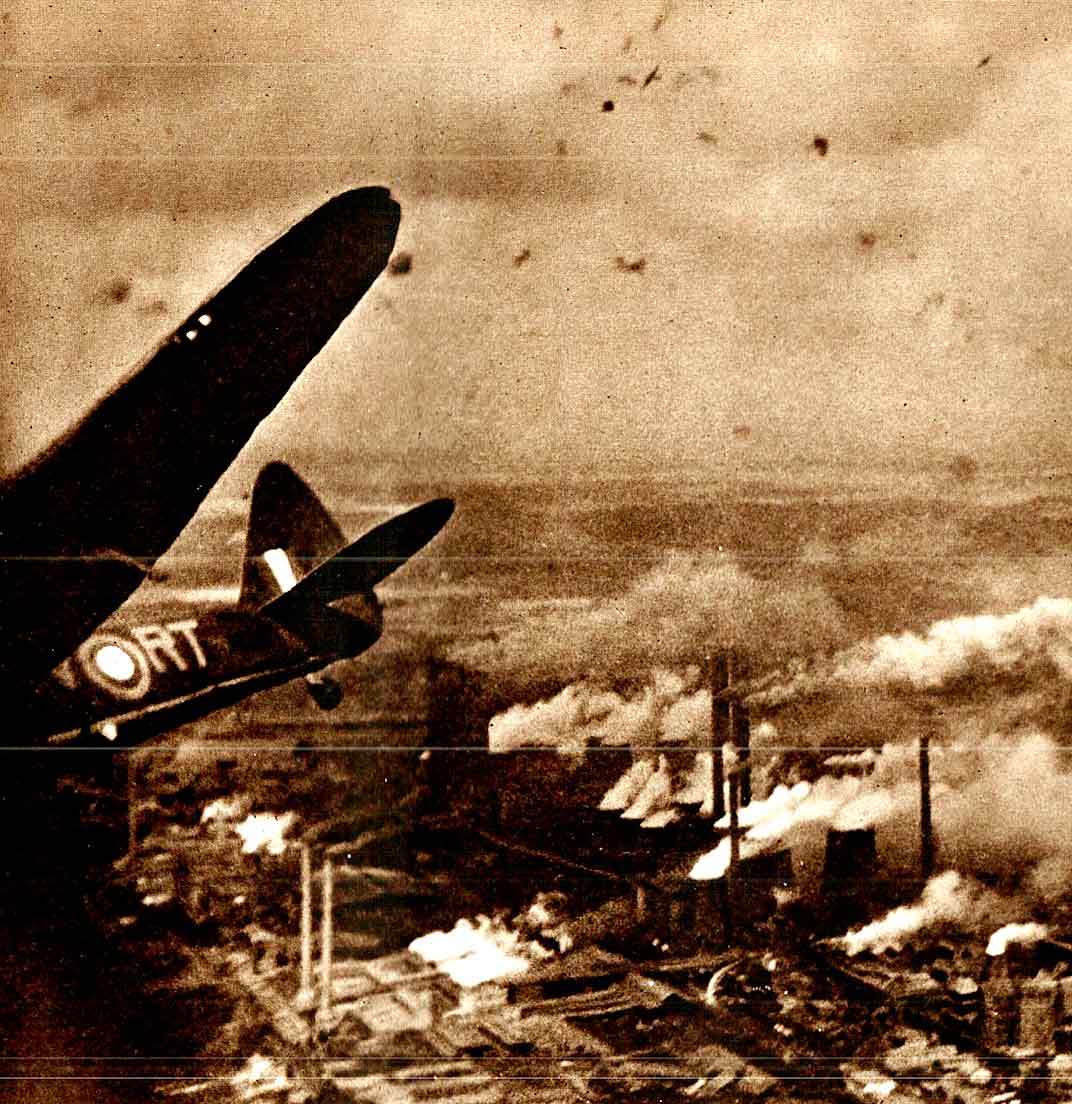 Raids over Germany - Nazi Radio was quick to dispel any reports of damage.

Raids over Germany – Nazi Radio was quick to dispel any reports of damage.

News for this August 12th in 1941 was filled with reports of Air Raids over Europe. RAF Bombers were busy attacking Western Germany, while Soviet bombers were busy attacking Eastern Germany. Berlin Radio was quick to report none of the raids did any damage and that only two purported Soviet bombers succeeded in penetrating German defenses and made it to Berlin, but that the damage was nonexistent. It was also reported that German bombers, for the first time in months, failed to reach England.

A crackdown on black market food profiteering in Germany was underway, with some 300 illegal food dealers rounded up and the execution of the leader of the group who had been accused of falsifying orders for Margarine and Beef Fat. The accused, 43 year old Ernest Albee was accused of selling some 75,000 pounds of Beef Fat and 175 pounds of Margarine at exorbitant prices. Most of the other 300 were given heavy fines and harsh prison sentences.

From Capitol Hill – a movement was on to curtail credit spending by consumers. With the increase of wages, it was feared there would be an avalanche of credit buying and this would have a bad effect on Defense production, with manufacturers turning out cars and washing machines rather than tanks. So the question of how to curtail unnecessary spending on consumer goods in favor of defense goods was underway.

And that’s just a sampling of what went on this August 12th in 1941 as reported by NBC Blue Network‘s News Of The World.