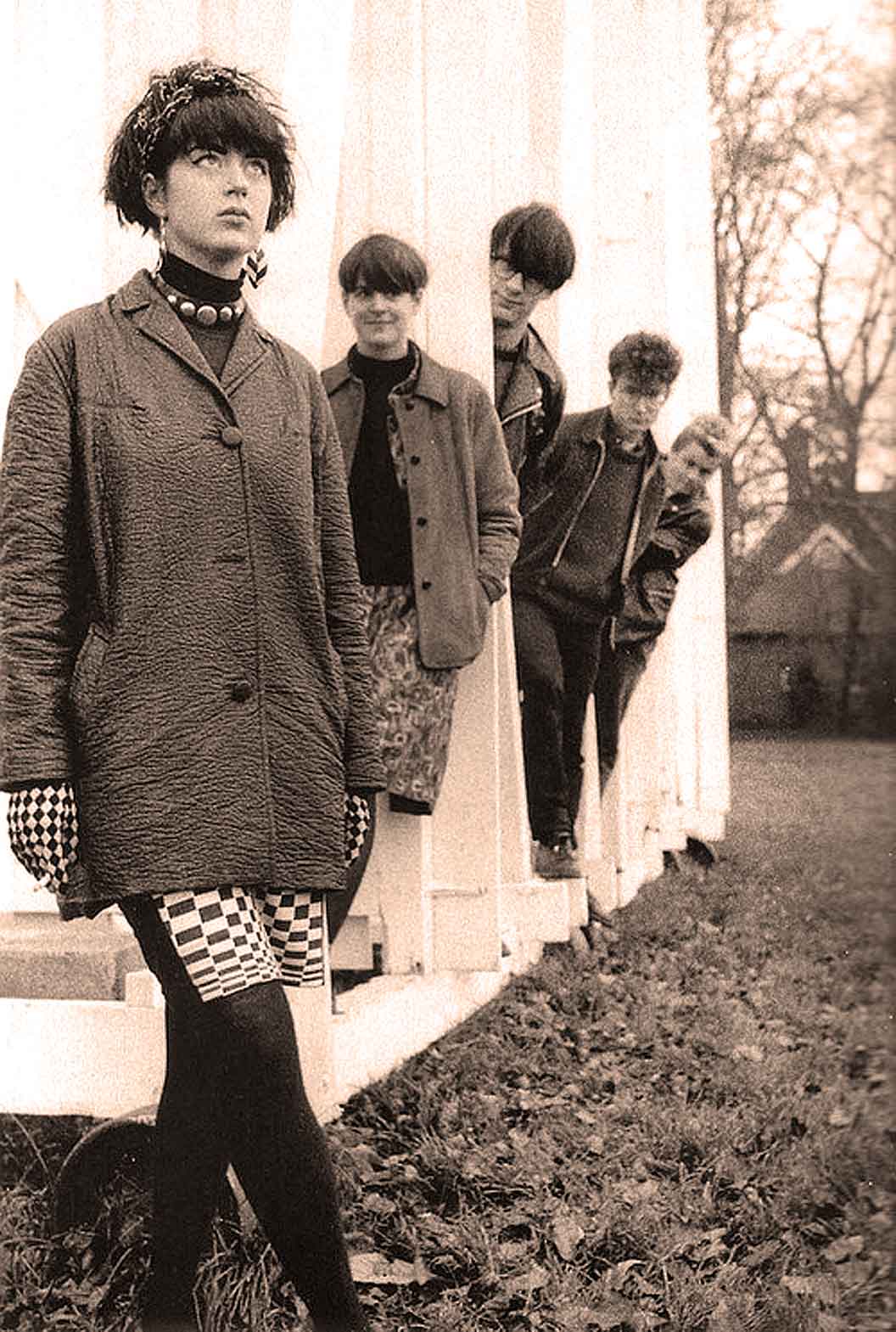 Talulah Gosh - primary movers and shakers of the Twee-Pop Movement.

Talulah Gosh – In Session – 1987 – Nights At The Roundtable: Session Edition

Talulah Gosh – primary movers and shakers of the Twee-Pop Movement.

You might be hard pressed to recall Talulah Gosh, unless you were a devotee of the short lived Twee-Pop Movement in the late 1980s.

But if you were in the States at the time, it’s a very good chance you’ve never heard of them. They were only together for less than 2 years, released about 6 singles, they didn’t have an album out, with the exception of a compilation issued long after they had broken up, and none of their singles made the charts, even in the UK.

But they were one of the leading bands of a movement, and its members went off to other bands and other pursuits. Most notably, lead singer Amelia Fletcher, who went off to become a celebrated economist, snagging an OBE (Order of The British Empire) earlier this year, and co-founder/Artist Elizabeth Price who won a Turner Prize in 2012 for her Video installations. So, it goes to show you there is often life after bands and the road has surprising turns.

Tonight though, it’s a session from Talulah Gosh midway through their tenure. Recorded by John Peel on December 27, 1987, Talulah Gosh offering what could probably be described as Sunshine Punk – but it was the 80s and most everyone was distancing themselves from Punk anything (for a while at least).

So here is something old/new – they are most likely new to you, some 27 years later.

Either way – enjoy. We’ll be digging up more goodies shortly.

In addition to all the news and speeches and politics, Past Daily is also about Music; new and old – eclectic and familiar. If the eclectic stuff we post on Past Daily appeals to you, please consider making a Tax Deductible contribution to help keep us going, digging up more gems, more oddities and more history. We need your help, and currently we’re doing an Indiegogo/Past Daily/Gordon Skene Sound Collection Fundraiser and are in our third week. Basically begging and pleading for your help in keeping us afloat and restoring, preserving and making available all these sounds for you to download, listen to, learn from and enjoy. We’re not asking for a lot – just passing the hat for you to chip in and help keep us going. If you’re up for that, please click on the headline just below our Piano Playing/Singing mascot and contribute what you can – and tell your friends. We’ll be grateful and we’ll keep being here because of you.