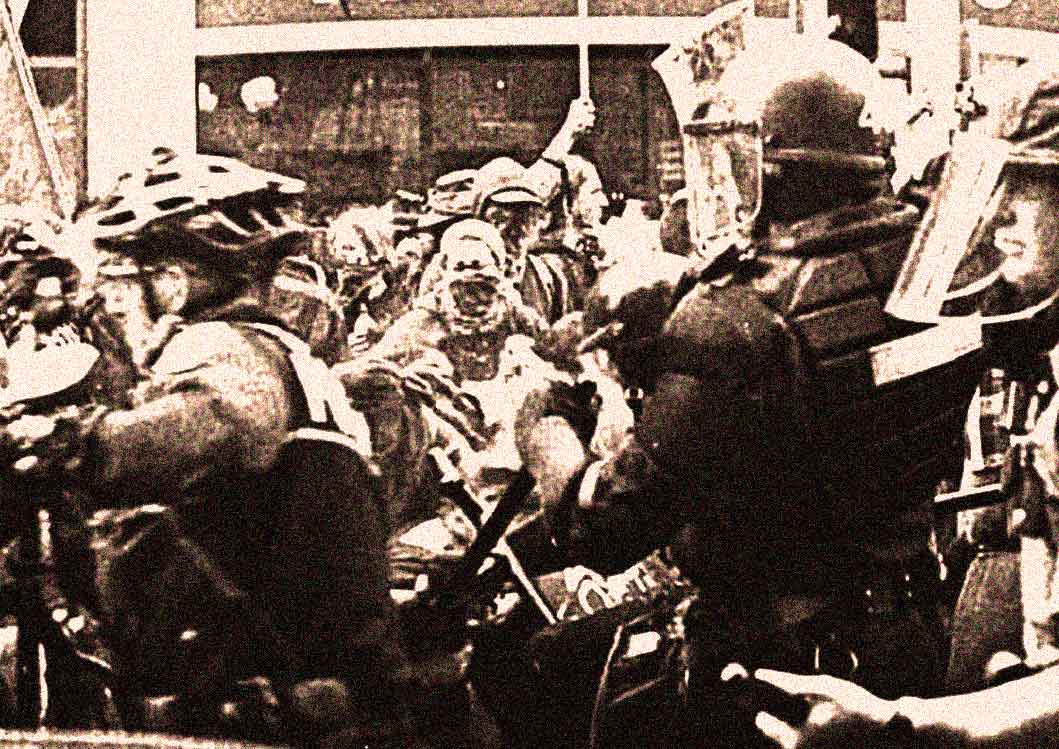 In 1974 the prospect of the world of 1984 as portrayed by George Orwell seemed more real than fantasy.

By 1974 we already had police surveillance, government spying on individuals, an erosion of rights, an out of control FBI, police departments routinely accused to brutality illegal search and seizure. A media more geared towards the whims of government than of useful information.

In short, in 1974 we were worried we had become the world of 1984 – a book that was written shortly after World War 2 where fear of an extremist takeover – not by violence, but by subtle coercion, had gradually over time eroded and made moot our democratic way of life without us hardly noticing.

So in 1974, hot on the aftermath of Watergate and explosive revelations about how not-above-board our government was, there began a focus on just what we were in the midst of losing, and just how much of George Orwell’s predictions were coming true.

Here is that broadcast documentary – 1984 Minus 10 as presented by NBC Radio as part of their Second Sunday Series in February 1974.

While you’re reading/listening to this Documentary from 1974, please consider making a Tax Deductible contribution to help keep Past Daily up and running and to keep The Gordon Skene Sound Collection preserving, restoring and making available to you the thousands of hours of historic sounds and music. We’re heading into week Number 3 of our Indiegogo Fundraiser and we really need help from people exactly like you – people who enjoy and learn from all these historic sounds, right at your fingertips. We’re not asking for a lot from a few of you, but a little from all of you in order to make this thing happen – keep this thing going. And it’s easy to contribute – all you have to do is click on the headline right below our Piano Playing/Singing Mascot and make your Tax Deductible Contribution in whatever amount you feel comfortable with. And tell your friends. We need your help and we can’t do it without you.