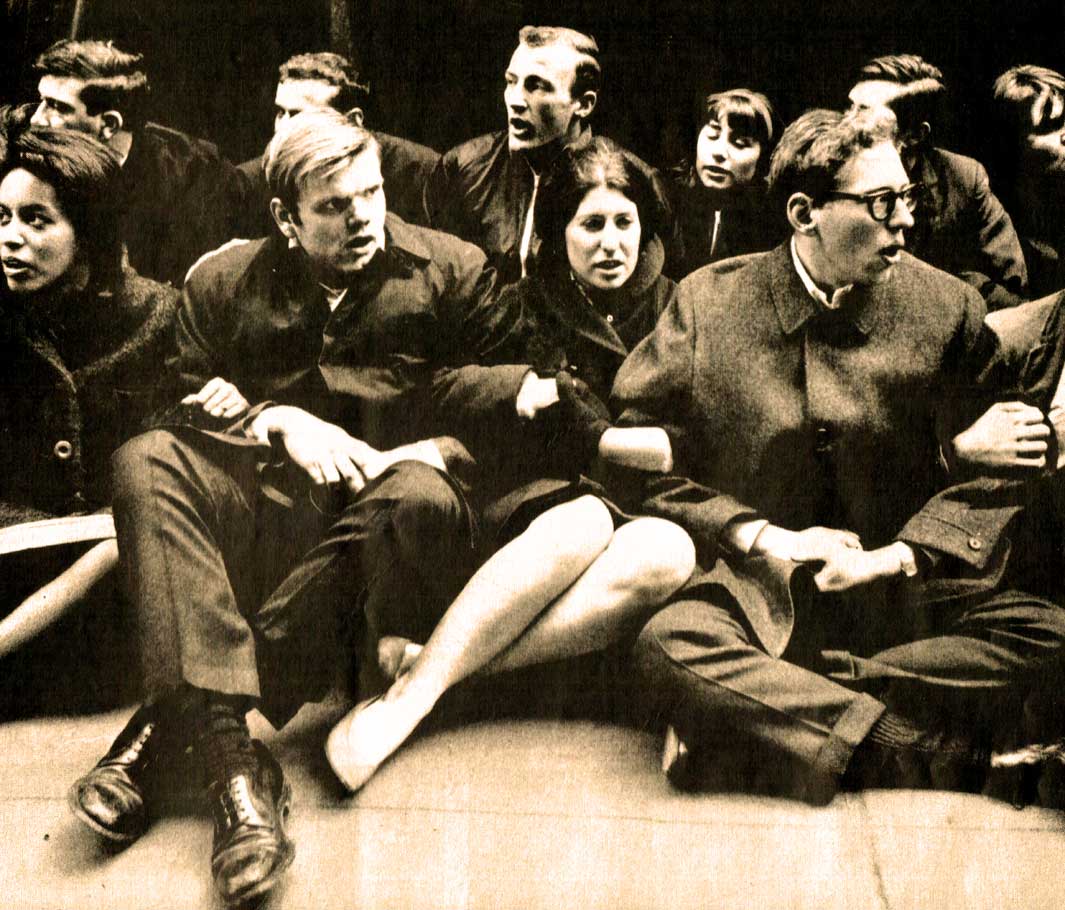 The times, they were a-changin'

Youth In A Changing World – 1965 – Past Daily Weekend Reference Room

The times, they were a-changin’

The world was getting more complicated than it had been during the previous generation. Technology was racing ahead. We were heading on a crash course to the Moon. We were also on a potential crash course to extermination via Nuclear War. We were nervous, but we were also looking to change things.

So in 1965, NBC Radio ran a special discussion program; Youth In A Changing World. It boasted a wide cross section of youth from around the country as well as 36 countries around the world. Hosted by Youth Forum founder Dorothy Gordon it ‘s a discussion and, in many ways a comparison between youth in the U.S. and youth in the rest of the world in 1965.

A lot of misconceptions and some stereotypes. But an interesting and illuminating dialogue nonetheless on what people were going through in what became known as the Baby-Boom Generation.

Here is that 1-hour discussion and Q&A; Youth In A Changing World from February 1965.

And while you’re mulling over the trials and tribulations of Youth in the 1960s, consider a Tax Deductible contribution to help keep Past Daily up and running and The Gordon Skene Sound Collection preserving, restoring and sharing. In connection with Indiegogo, we’re knee-deep in raising money to keep us online and preserving. We’re not asking for a lot, but a passing of the hat to keep us doing what we love best. If you can swing it, and can chip in a few bucks, please click on the headline just below our Piano playing/singing Mascot and make your voice heard. We can’t thank those of you who have contributed so far, but we have a ways to go. Please join those amazing people who have given so far so that we can keep history alive.