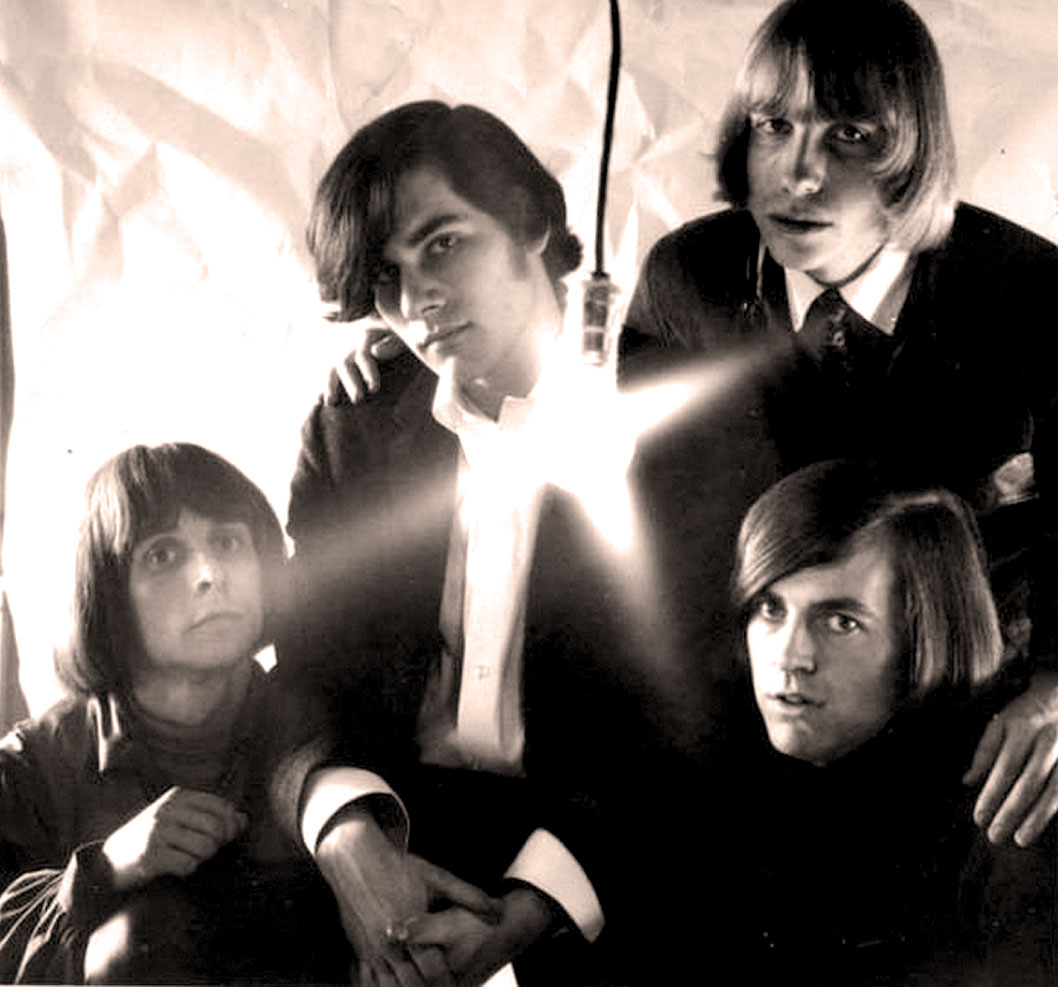 The onslaught of new sounds springing up practically all over the world in the mid-1960s was daunting to any record company A&R person, to say the least. It was alleged that in Liverpool England alone, there were some 500 bands forming, playing, practicing, recording, gigging, breaking up and starting something else at any given time.

One imagines the same in most every large and small town in just about every country in the world.

The Daily Flash were, like a lot of bands at the time, bordering on Folk/Rock but embracing aspects of Psychedelia. Initially from Seattle, the band relocated for a while in Los Angeles, where fortunes got bright under the aegis of those impresarios Greene and Stone (Sonny & Cher) and a recording contract with London Records subsidiary Parrot Records, where they scored a minor hit with Jack Of Diamonds and the Dylan-penned Queen Jane Approximately. But like many bands at the time, momentum was crucial and tastes were fickle, and even though The Daily Flash were getting a good word-of-mouth going on the West Coast, particularly in Los Angeles where bumper stickers proclaiming “I Flash Daily” appeared everywhere.

The tenure at Parrot wasn’t destined to go the distance and The Daily Flash wound up settling in, for a time, at the fledgling label Uni where a few more singles were issued before the band splintered into different directions and morphed into other groups.

But that’s another story and a few years later than what we have tonight.

For this Weekend Soundbooth, it’s a series of Demos (unissued tracks) The Daily Flash recorded at the legendary Gold Star Studios with Greene and Stone at the helm.

3 from this session, recorded in 1966 – Grizzly Bear, Girl from North Alberta and When I Was A Cowboy.

One of the great unsung bands of the mid-60’s – who have recently gotten back together. But a reminder of the amount of truly amazing music still sitting in vaults, in garages and in storage – just dying to see the light of day.

Turn this one way up – I spent a lot of time mixing the session tapes before giving them to Daily Flash co-found John Keliehor, who has plans to release them.

Speaking of which – one of the things Past Daily has been really good about is offering sounds and music and history not often heard, or never-before-heard. It’s what we do around here. Thanks in large part to the Gordon Skene Sound Collection, where most all of this stuff comes from – it’s always preserving, restoring and sharing from the vast library of historic sounds which make up most of the stuff you listen to each day on Past Daily. And because of that, we need your help. Your Tax Deductible Contribution helps keep the work of restoring going and helps keep History alive in the process. With the help of Indiegogo, we’re in the midst of Fundraising and passing the hat – asking you to chip in a few bucks to help keep our projects going. If you spare a little bit (not a lot), maybe in lieu of an extra Starbucks tomorrow, please toss a bit of love in our direction and click on the headline just below our Piano playing/singing Mascot and help us keep history alive. We’re beyond grateful to all those of you who have contributed so far. We have a ways to go and we can’t do it without you. So please give what you can.