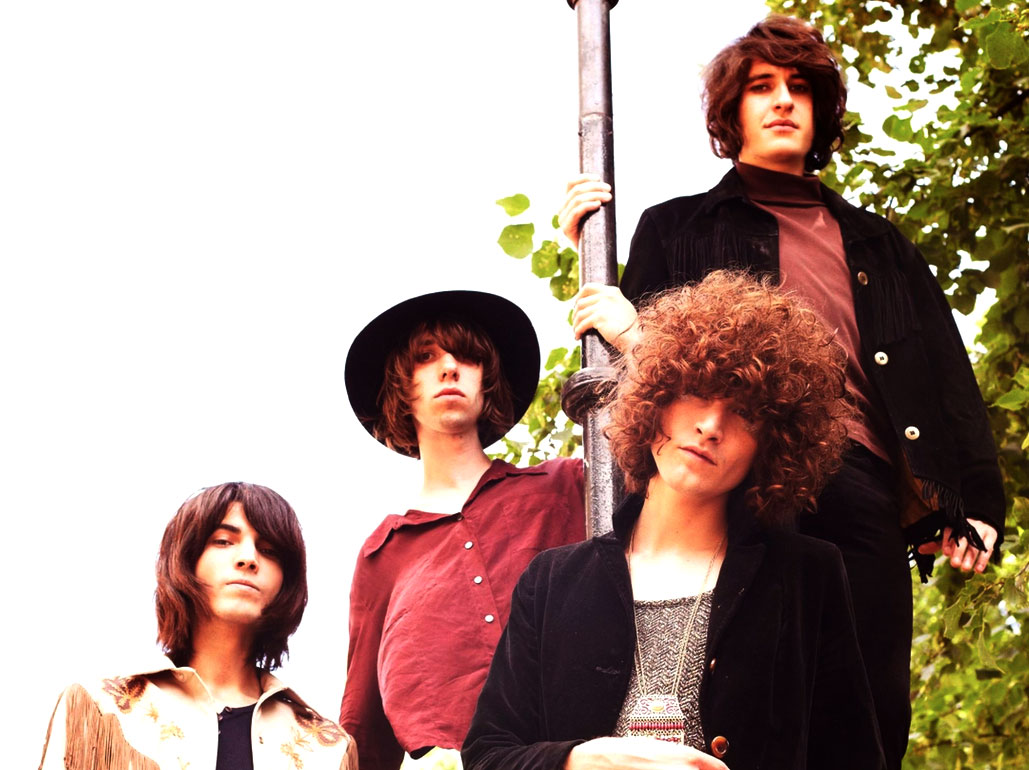 Temples - burning up the festival circuit this Summer.

Temples – melting down the festival circuit this Summer.

Continuing their romp across Europe as The Band To Watch in 2014, Temples aren’t disappointing anybody, in fact they are gaining a fan base that will be pretty hard to beat. And right now they are gaining momentum.

Tonight it’s a gig from this past weekend, at the venerable Route du Rock Festival in Saint Malo, France (where we posted Kurt Vile last night). No shortage of great acts at this festival, Temples stand out – and give further evidence that all the enthusiasm (don’t want to call it hype because it’s legit with these guys) is based on fact.In addition to the staples (tracks from Sun Structures) and ending with their anthem, Shelter Song, they toss in some new material from to be on the lookout for. Plus, they are heading back to the States in September. So here’s a preview of coming attractions.

Great set – good energy and an astounded audience, clocking in at an hour and two minutes from Route du Rock, on August 16th. Perfect.

Crank this one up.

And while you’re doing that, consider chipping in a few bucks to help keep Past Daily running and The Gordon Skene Sound Collection, collecting, preserving, restoring and making available all this history. We’re here because you’re here and now we need your support. Make your Tax Deductible Contribution in any amount you’re comfortable with – but do it. Click on the headline just below our Piano Playing Mascot and life will be wonderful – and we will be eternally grateful to you for it.