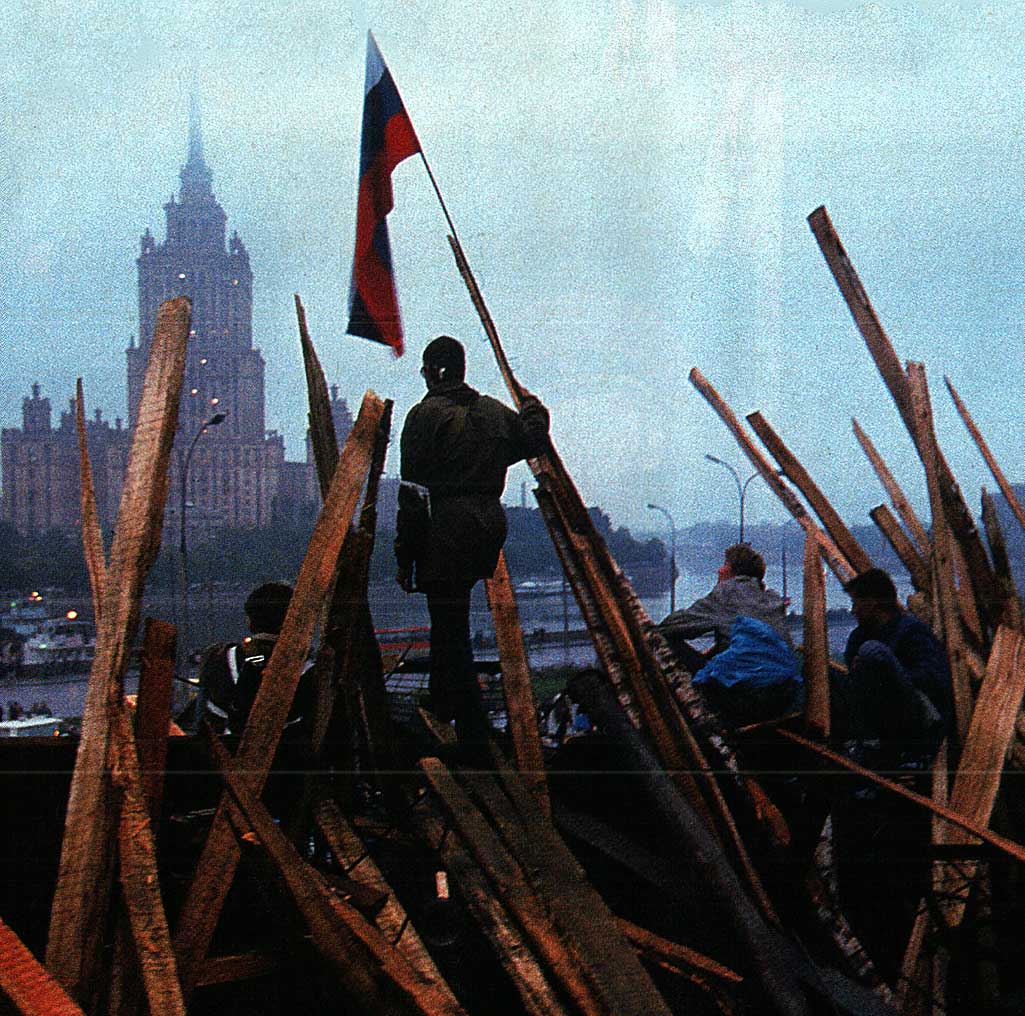 Once the genie was out of the bottle, it was hard stuffing it back.

The Morning After And Those Second Thoughts – August 20, 1991

Not going back to Business as Usual – not this time.

On this August 20th in 1991, Russian history would stage a repeat of 1964. In that year, Soviet Premier Nikita Khruschev was overthrown in a coup, staged by hardliners who were convinced Khruschev was getting soft and heading in the direction of reforms. That coup was successful and it kept the Cold War going for another 25 years before Mikahil Gorbachev rose to power and began what was to become the eventual dissolving of the Soviet Union.

But even that wasn’t without a struggle. As the Soviet Union was easing from its hardline stance, several in the Kremlin were worried Gorbachev was going too far and it was time to pull in the reigns.

So on August 18th 1991, a Military Coup was staged and Mikhail Gorbachev was removed from office and taken away to an undisclosed place where, as the Official Reports put it, he was “leaving for health reasons”.

But the genie had already been out of the bottle and the coup was met with unexpected and fierce resistance from the public but also from an upstart political figured named Boris Yeltsin. Joining Yeltsin in resisting the coup were key members of the Military and the power struggle was on.

And for the next 72 hours a drama was played out for all the world to see and wonder what the outcome would be.

It was Topic-A on most newscasts and special reports throughout the world. News outlets were hanging on to reports and snippets of information from clandestine radio stations and eyewitnesses and word from the crowds assembled by the hundreds of thousands outside the Kremlin.

Brave and interesting times, which no one knew for sure how they would end.

Here are several reports, starting with the CBS World News Roundup reporting on overnight events, followed by CBS Special reports, and a President Bush News conference, followed by the BBC World Service. All as it happened on August 21, 1991.

And if you remember this cliff-hanger in history, you’ll know what it was like sitting in front the radio, the TV, anything you could get your hands on for information over this unfolding story. And if this sort of “history come alive” appeals to you, please consider kicking in a few bucks to help us keep doing it. History isn’t about broad pictures and sweeping events. It’s about a lot of little stuff that comes together to create the major moments that change and shape peoples lives. That’s what Past Daily is all about, and with Archives like The Gordon Skene Sound Collection and the hundreds of thousands of hours of history, we can bring that to you every day. But we need your help and we need your Tax Deductible Contributions in order to keep the preservation, restoration and sharing going. Please consider making a donation and you can do it by clicking on the headline just below our Piano Playing Mascot and contributing what you can. Join the others who are making a huge difference in helping keep history alive. We’re not asking for a lot – we just need a little bit from each of you. And I know you can do it.