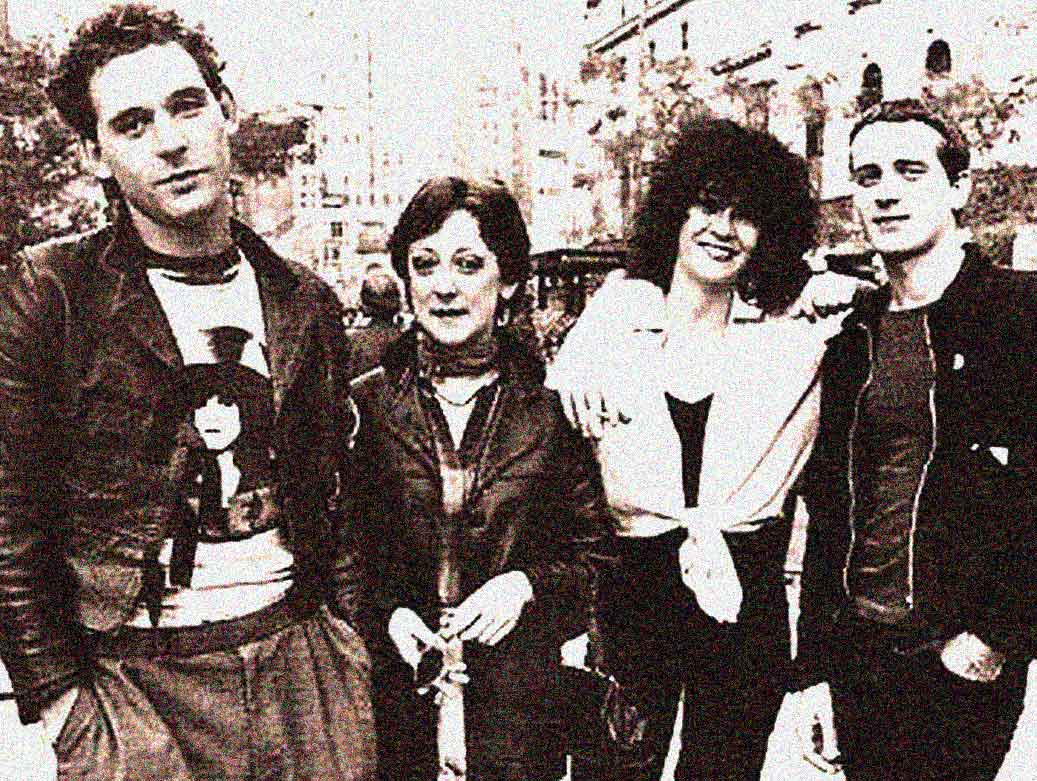 Au Pairs - were not embraced by the mainstream, but influenced a lot of it in the 80s.

Au Pairs – In Session 1979 – Nights At The Roundtable: Session Edition

Au Pairs – were not exactly embraced by the mainstream, but influenced a lot of it in the 80s.

The Au Pairs were around for only a short time (1978-1983) and made very little dent outside the UK. Even though they were well received by critics and had strong support from the Press in the U.S. and UK. But they weren’t embraced by the mainstream record buying public at home. They were influential on a lot of levels – in the Post-Punk era, during the period of Feminism in Rock, they challenged pre-conceived notions of gender politics, and they became pioneers in gender equality in bands. As you may notice now, bands have become more democratic and collaborative, regardless of gender. Much of that is due, in no small part to bands like Au Pairs breaking through stereotypes.

But because they weren’t together that long, with personnel changes and eventually dissolving in 1983, they only managed to record two albums and issue three singles.

Tonight it’s a 1979 session for John Peel – recorded on October 9, 1979, and is great introduction to the band if you aren’t familiar with them. And a reminder in case you heard them in passing.

Much of what Past Daily does is introduce you to either new bands or bands that have been neglected or severely underrated over the years. A lot of times bands of great artistic merit have gone missing in the grand scheme of things. Much of what we like to do is let you know what you’ve been missing and maybe make you a fan in the process. Music is part of what we do – history is all of what we do. It’s all about history and preserving things that need to be looked at from time to time. And like all huge projects like this, we rely on help from people like you – people who like history and like making discoveries. Sometimes we need your help to keep making that happen. Right now we’re in the middle of a Fundraiser with Indiegogo – it’s the Past Daily/Gordon Skene Sound Collection Help Preserve History campaign we’ve had going the past couple of weeks. And we need your help. We need your Tax Deductible Contribution to help keep us running and to keep the Archive restoring, preserving and sharing all this history with you. We’re not asking for a lot from a few of you – we’re just passing the hat with the hopes you’ll chip in, even the price of a Starbucks, just to help keep us going. If you like what we’re all about, and want to help, please consider a contribution, in whatever amount you’re comfortable with – and you can do that by clicking on the headline just below our Piano Playing Mascot and making your voice heard. We’ve had some amazing contributions so far – but we’re a ways from our goal. And you can help make it happen. We really need you and we won’t forget you.