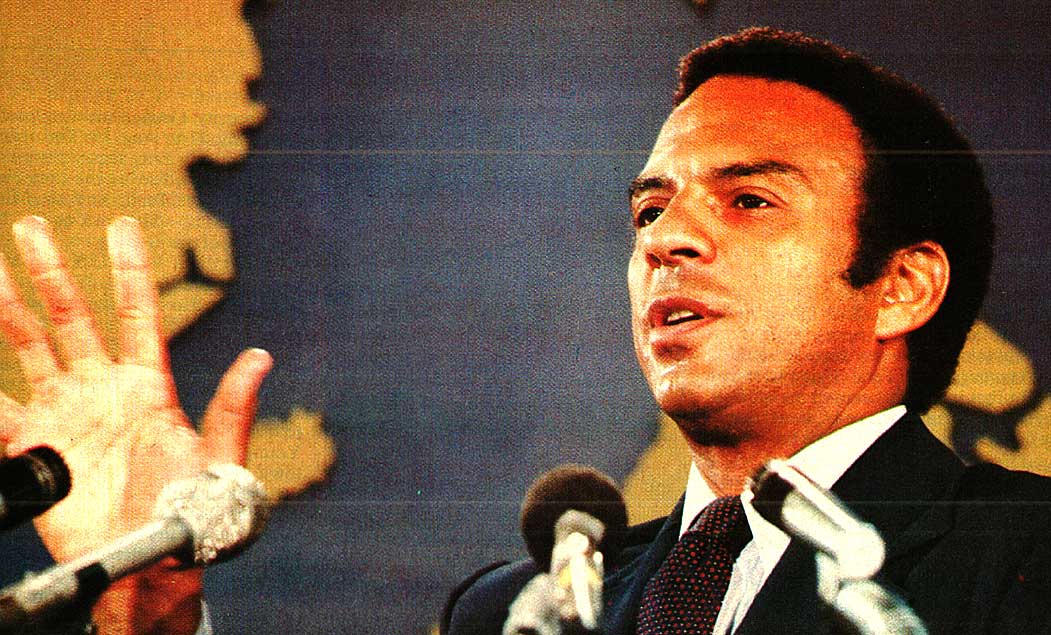 Andrew Young - an abrupt resignation and a wave of shaking heads.

Andrew Young – an abrupt resignation and a wave of shaking heads.

A busy and controversial day – no less controversial than the abrupt resignation from UN Ambassadorship of Andrew Young, who announced his leaving in the wake of a scandal brewing over Palestinian/Israeli peace talks Young was accused of meddling in.
A meeting was being held on this August 22nd in 1979 at the headquarters of the NAACP to discuss the fallout from his departure, but also to discuss a shift in Middle-East policy by the United States.

Meanwhile, President Jimmy Carter was on a slow cruise down the Mississippi, stopping off at various towns to attend meetings and discuss issues with voters and gain support for what many considered a sagging foreign and domestic policy.

President Carter’s Energy policy was up for discussion and vote again in Congress, hot on the heels of investigation findings over the Three-Mile Island Nuclear disaster which took place earlier in the year.

And over $2 million in cash was stolen from a Brinks Armored Truck in New York City.

All that, and a whole lot more for this August 22nd 1979 as presented by The CBS World News Roundup and The World Tonight.

Okay – we’re still on bended knee, begging for your support to keep Past Daily up and running and The Gordon Skene Sound Collection preserving, restoring and making available the vast number of recordings you hear here every day. It costs a lot and we’re appealing for your help – whatever you can part with – we need your Tax Deductible Contribution to keep us alive and well and continuing to give you the best we possibly can. If you can chip in, even a little, it will be worth a lot to us and we’ll be forever grateful. Join the others who have contributed to help keep History alive by clicking on the headline just below our Piano Playing/singing Mascot. We will be eternally grateful!