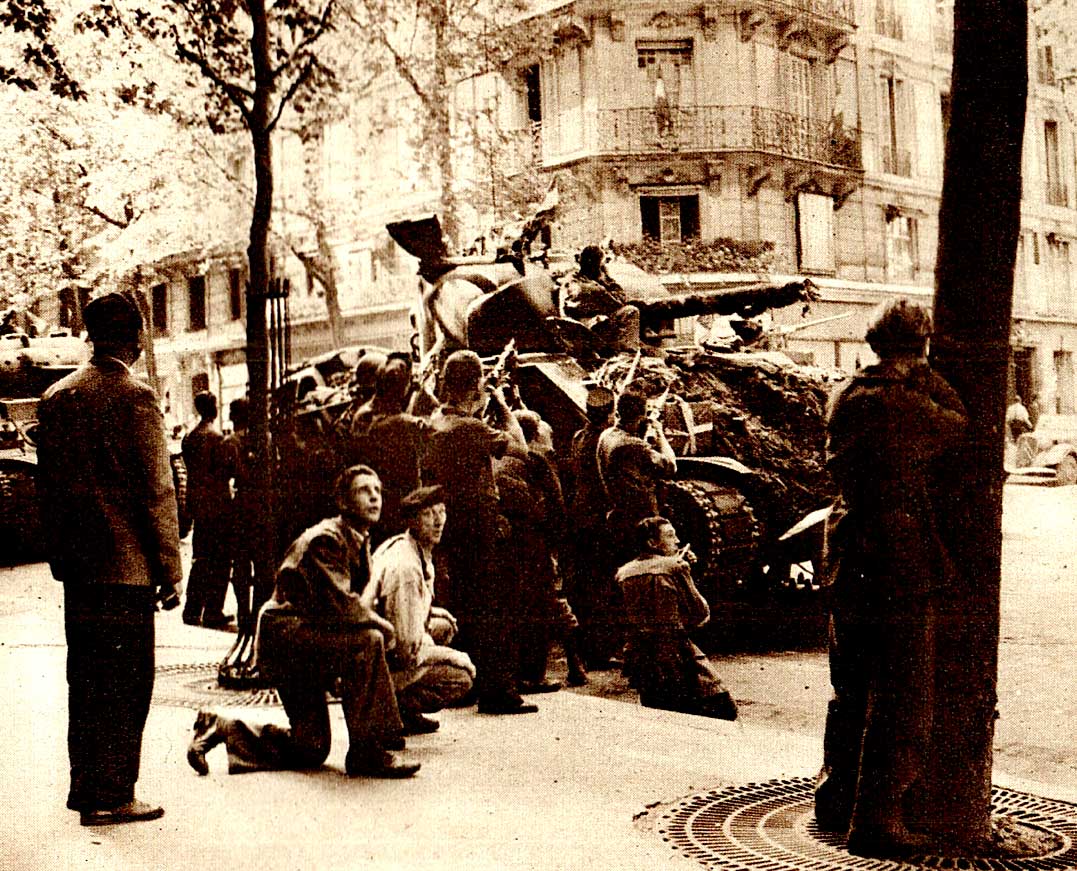 Okay to raise hell if you just dodged the bullets.

Okay to raise hell if you just dodged the occasional hail of bullets.

A momentous day in history with a lot going on seemingly everywhere, this August 25th in 1944.

Word on the liberation of Paris, with a crazy mixture of celebration and snipers going on simultaneously as the French Underground and Free French armies arrived in the center of Paris, while Allied troops surrounded the city.

Events were moving fast – while this broadcast was in progress, a bulletin broke in and the first reports direct from liberated Paris Radio came on. Reports came in confirming that Paris Radio was indeed in Allied hands and had begun broadcasting messages to the Free French army still fighting remaining Germans holed up in the center of the city.

And while reports were pouring in from France, news that the German-backed government in Rumania had been overthrown and fighting was going on inside Bucharest. And reports of Allied bombing raids inside Germany were attacking oil supply lines.

All of this led some to speculate the war in Europe may be over by October. But that was only speculation.

Not so optimistic was as early an end in the Pacific, where fighting was at a momentary lull. Despite Allied advances, the Japanese were determined to put up a fight so progress was slow and not without heavy cost.

But after the morning news for this day, the rest of the news had was about Paris and the wild celebrations going on amidst fighting and snipers.

All that, and so much more for this August 25th in 1944; Seventy years ago this day as reported by NBC Radio via the Morning roundup and the Noon news.