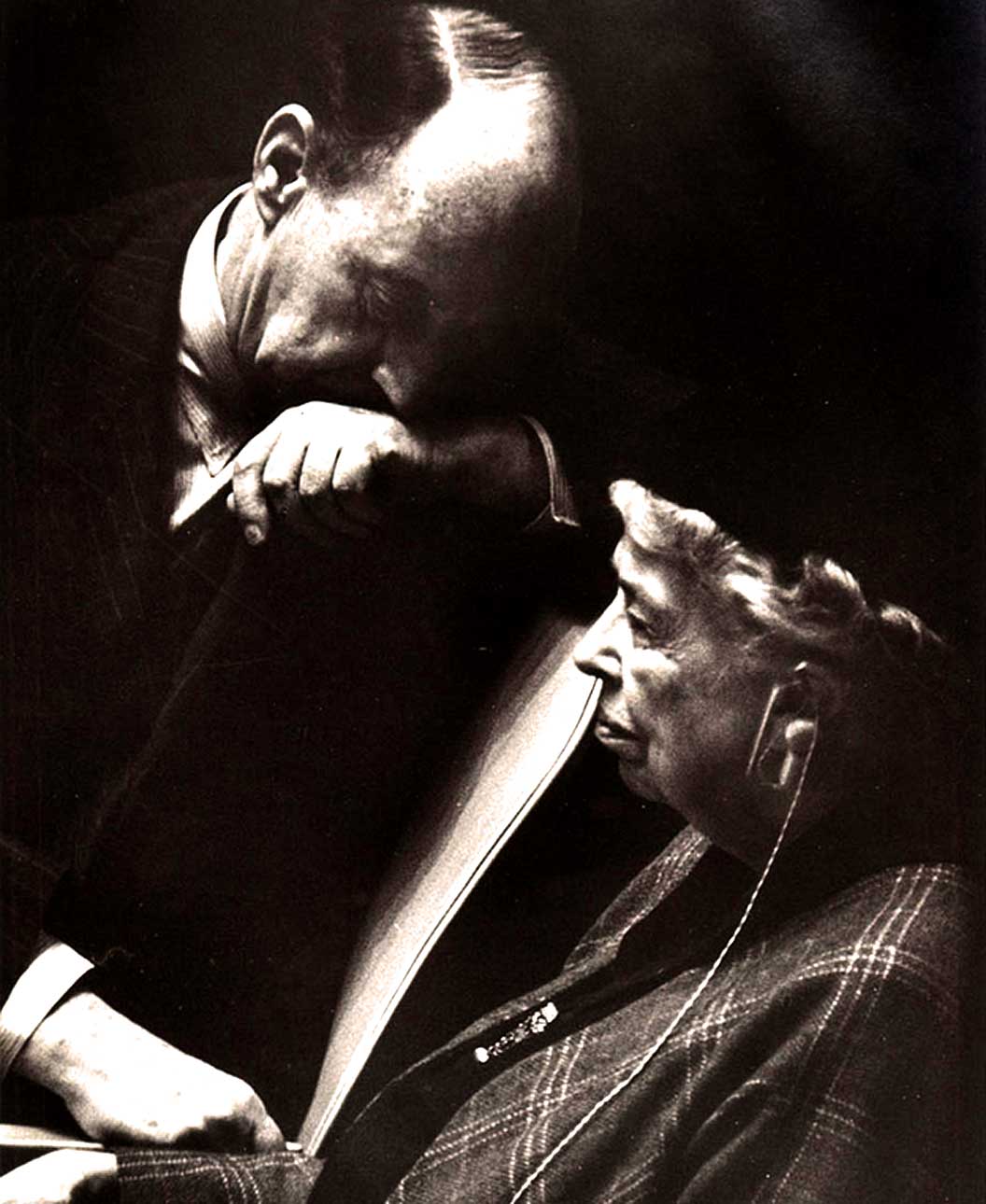 Adlai Stevenson's tribute to The First Lady of The World - Photo: Inge Morath

Adlai Stevenson‘s tribute to The First Lady of The World – Photo: Inge Morath

During a day filled with solemn tributes and loud celebrations. UN Ambassador, former Governor of Illinois and two-time Presidential candidate Adlai Stevenson offered a tribute to former First Lady Eleanor Roosevelt who had passed in November of 1962 but whose influence and inspiration were widely felt throughout the Democratic Party, and to Adlai Stevenson in particular.

Longtime friend and colleague to Stevenson, Eleanor Roosevelt was a staunch supporter and champion of Human Rights throughout the world from the early days of the United Nations until her death. She was also a tireless campaigner in the cause of Civil Rights as well as the longest serving First Lady, as wife of FDR. She has recently been acknowledged as one of the most widely admired women of the 20th century.

Following the overwhelming tribute to John F. Kennedy, the tribute to Eleanor Roosevelt may have seemed like overkill and it was, in a sense overshadowed by that tribute. Stevenson received enthusiastic, but not wild, applause. Few would know at the time that this would be the last appearance of Adlai Stevenson at a Political convention, as his death in London a year later would send shock waves throughout the world. But on this occasion, he was offering a tribute to a close friend.

History is what we keep doing, here at Past Daily. We do a lot of it every day. Because of that, we really need your support in order to continue doing what we do best – offering you history and rare recordings. Please consider making a Tax Deductible Contribution to help keep History alive. We’re not asking for a lot – just a little from each of you to help us restore, preserve and share all this history with you. So if you don’t mind – please click on the headline right below our Piano Playing Mascot and it will take you straight to Indiegogo, our Partner along with The Gordon Skene Sound Collection and you can make your voice heard and we will be grateful to you beyond words. Do what you can, and tell your friends – we need you.