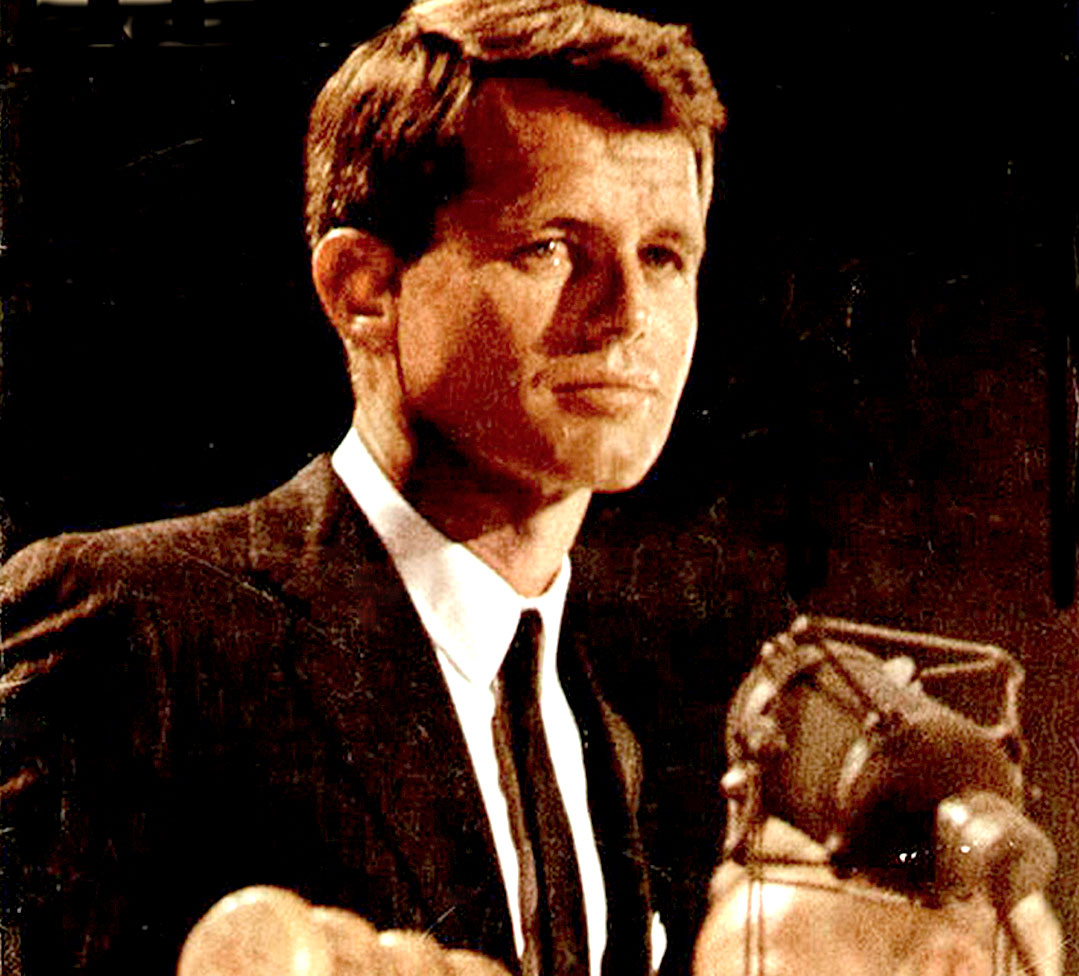 Just the mention of his brother's name brought a storm of applause.

The mere mention of his brother’s name brought a tsunami of continuous applause.

August 27, 1964 – on this day, Robert F. Kennedy addressed the capacity audience in Atlantic City to introduce a film in tribute to his brother President John F. Kennedy.

In an emotion-charged display, the Convention erupted into wild cheers and applause in a demonstration lasting over 15 minutes, leaving a visibly moved Robert Kennedy at the podium, powerless to reign in the overpowering outpouring of affection for his late brother.

Eventually the hall became calm and Robert Kennedy was allowed to proceed with his tribute, paying loving respect to President Kennedy’s time in office; his accomplishments, goals and dreams.

A moving and profound tribute – one which, not only offering a reminder of John F. Kennedy’s enduring legacy, but also offering the glimmer of a new star on the horizon; Robert F. Kennedy.

Here is that address, and a portion of the lengthy demonstration that preceded it from August 27, 1964:

Robert Kennedy: “I realize that as an individual that we can’t just look back, that we must look forward. When I think of President Kennedy, I think of what Shakespeare said in Romeo and Juliet:

When he shall die take him and cut him out into the stars and he shall make the face of heaven so fine that all the world will be in love with night and pay no worship to the garish sun.

When we look at this film we might think that President Kennedy once said that:

“We have the capacity to make this the best generation in the history of mankind, or make it the last.”

If we do our duty, if we meet our responsibilities and our obligations, not just as Democrats, but as American citizens in our local cities and towns and farms and our states and in the country as a whole, then this country is going to be the best generation in the history of mankind.

And I think that if we dedicate ourselves, as he frequently did to all of you when he spoke, when he quoted from Robert Frost — and said it applied to himself–but that we could really apply to the Democratic Party and to all of us as individuals — that:

Mrs. Kennedy has asked that this film be dedicated to all of you and to all the others throughout the country who helped make John F. Kennedy President of the United States.