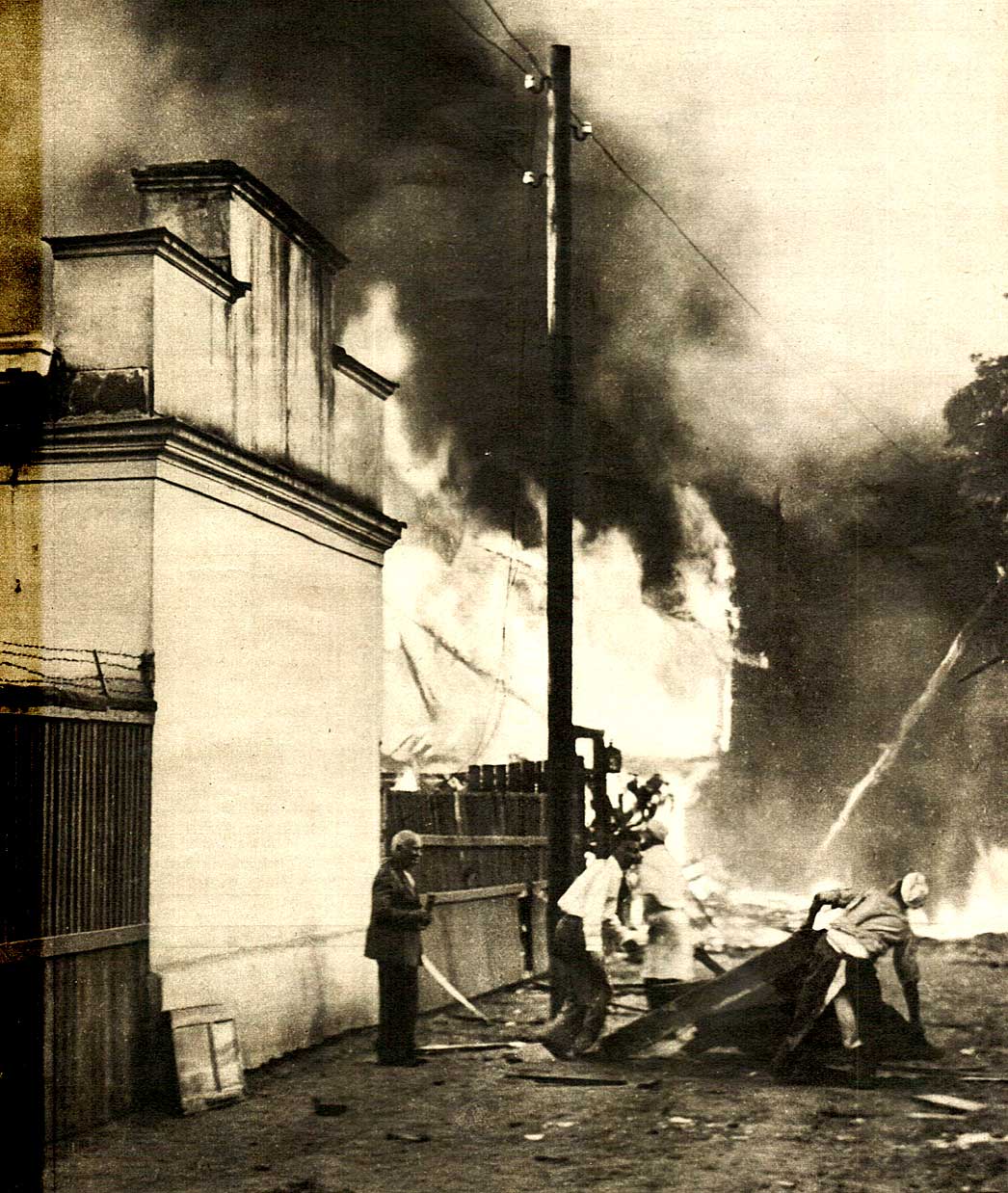 75 years ago today began what eventually became the start of World War 2. On September 1, 1939 German troops crossed the border into Poland, ending months-long speculation and diplomatic wrangling over the outcome of a land dispute between Warsaw and Berlin.

Although the U.S. wouldn’t actively take part in the shooting war for another two years, the rest of Europe was plunged into the conflict, with Britain’s Prime Minister Chamberlain declaring a state of war existed between Berlin and London and other countries following suit. The Axis Pact of Hitler, Mussolini and Japan’s Tojo (along with a tacit and tenuous alliance with Soviet Russia) aligned themselves against France, Britain, Belgium, Holland and the others. Some 21 years after the end of the First World War, a Second World War was now underway.

As events unfolded quickly, here is an extract from the first few hours of the conflict, via the English services of Radio Warsaw, Radio Moscow and Radio Berlin and the Home Service of the BBC, as heard on September 1, 1939.

Just part of what we do every day here at Past Daily – offering history as it happened by the people who made it happen. If history is important to you, please consider chipping in to help preserve that history and to keep it alive. In connection with Indiegogo, Past Daily, along with The Gordon Skene Sound Collection (the archive providing 99% of the historic sounds here) are raising funds to continue the huge task of restoring, preserving and sharing all this history with you. But we need your help. Your Tax Deductible contribution helps us digitize the thousands of hours of fragile recordings and helps us hire engineers and technicians to assist in that process. We can’t do it alone. So anything you can chip in to help out will be greatly and deeply appreciated.
Click on the headline just below our Piano playing Mascot and contribute to help preserve history.