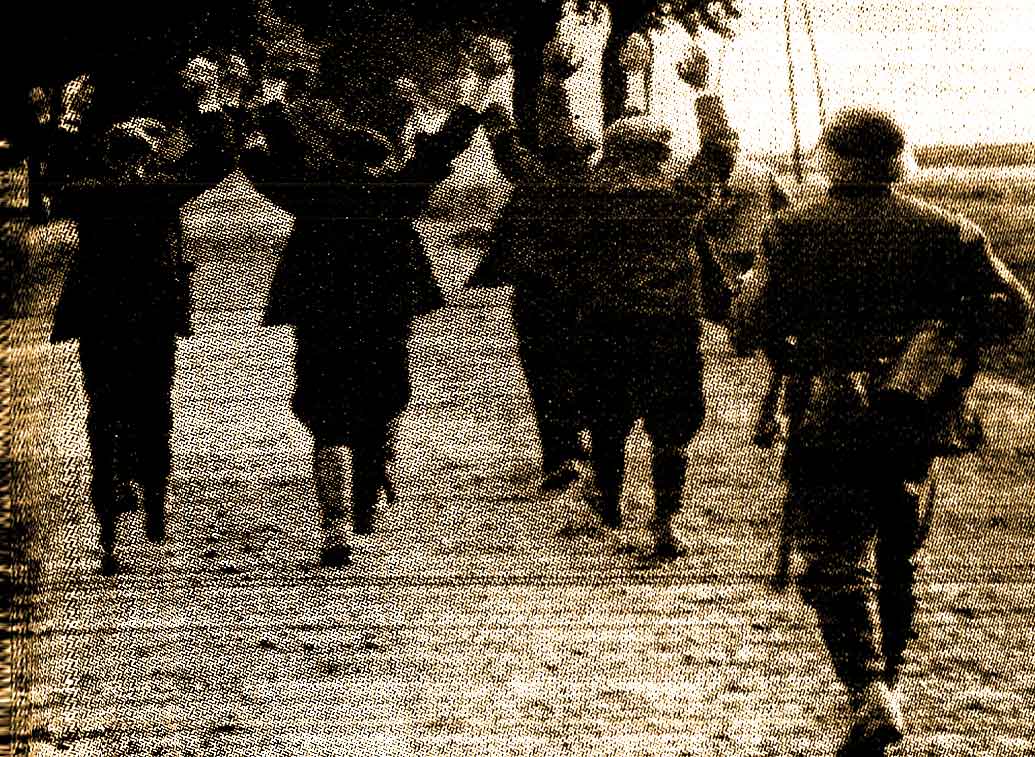 Hostilities begin . . and the prisoner-taking starts.

September 2, 1939 – Hostilities: The Final Step In The One-Sided Repudiation In International Instruments – The Taking Of Prisoners

Hostilities begin. . the prisoner-taking starts. And a breathless German Wire-photo proclaims it.

After the initial shock of invasion came the scramble to take sides. Italy pledged alliance with Germany. France and Britain declared alliance with Poland. Portugal claimed neutrality. The sides were lining  up. Meanwhile, the German Army had crossed into Poland and was taking prisoners.

This second day of hostilities in what first started off as The European War, eventually became World War 2, continued to fill the airwaves with reports, claims, counter-claims and accounts of the hostilities as they were unfolding in Poland.

As a result of the previous day’s hostilities, surprising in their swiftness to many who still had hopes that a conflict in Europe might be at the last moment avoided, a state of war existed between Germany and Poland. Danzig had declared itself, and been accepted by Hitler, as part of the German Reich, and the German Army attacked Poland and bombarded some of its cities.

French Prime Minister Édouard Daladier addressed the Chamber of Deputies reviewing the events of the past several days and France’s commitment to intervene in Poland’s defense. “This is the question I lay before the French nation, and all nations”, Daladier said. “At the very moment of the aggression against Poland, what value has the guarantee, once more renewed, given for our eastern frontier, for our Alsace, for our Lorraine, after repudiation of the guarantees given in turn to Austria, Czechoslovakia, and Poland? More powerful through their conquests … the aggressors would soon turn against France with all their forces. Thus, our honor is but the pledge of our own society. It is not that abstract and obsolete form of honor of which conquerors speak to justify their deeds of violence; it is the dignity of a peaceful people, which bears hatred toward no other people in the world and which never embarks upon a war save only for the sake of its freedom and of its life.”

General mobilization had been declared in France. The curtain seemed to have lifted on what many felt may become the worst drama in the history of our modern civilization.

Here is a one-hour excerpt from almost continuous reports via the BBC Home Service, Paris Radio, Radio Warsaw and Radio Berlin for September 2, 1939.

The news and the reports and the urgency of the moment speak for themselves.