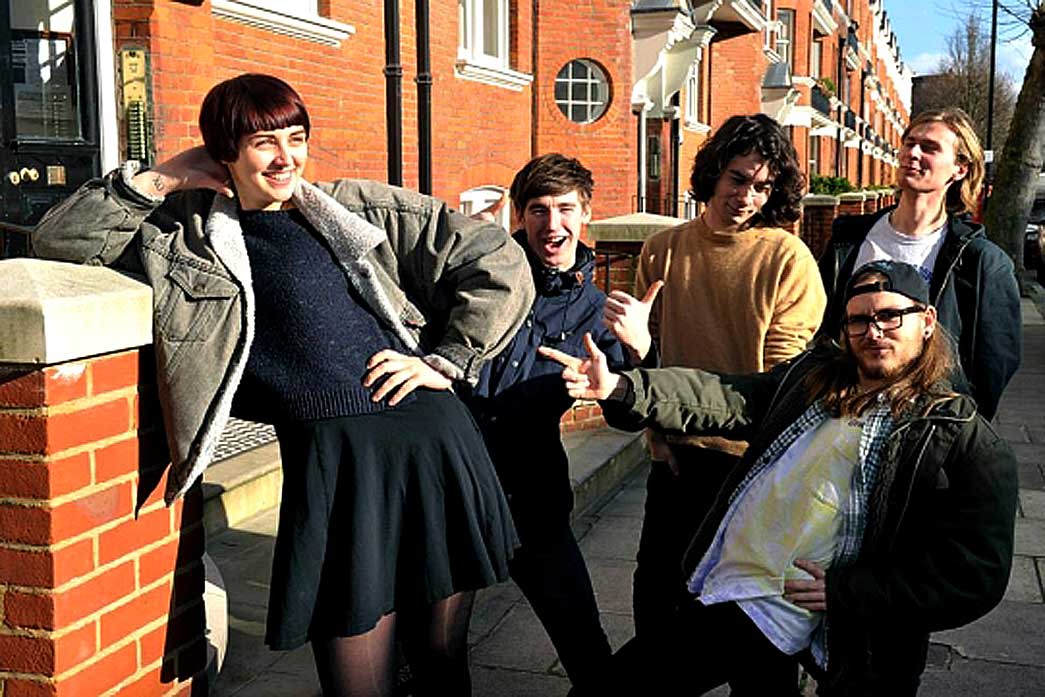 Joanna Gruesome - cheery in their darkness - or dark in their cheeriness - take your pick.

Joanna Gruesome – Live At The Forum, London – 2014 – Nights At The Roundtable: Club Date

Joanna Gruesome – cheery in their darkness – or dark in their cheeriness – take your pick.

It’s always nice to run into bands you aren’t familiar with, who are just a shade under the radar, but who you know will be popping up everywhere very soon. Joanna Gruesome are a Cardiff based quasi-Punk/nu-gaze/Noise-Pop group who have been around since 2010 and have been gigging around in all that time. They just appeared in New York at Shea Stadium in Brooklyn (August 26) to a packed house and have been getting much good underground word of mouth, along with a free show on the 29th. They made an appearance on BBC Radio 1’s In Session back in March. Their combination fuzzy melodies and scuzzy reverb are grabbing attention – so it’s just a matter of time . . .

I just ran across this club gig from January of this year. The mix is a bit buried in the vocals, but I suspect that might be the desired sound. In any event, here is a taste of a band I think you’ll be hearing about a lot more in the future.

And you can say I told you so. Or you can blame me – whichever.

And while you’re listening, please consider chipping in a few bucks to help Past Daily get over the hump in their Indiegogo/Past Daily/Gordon Skene Sound Collection Help Preserve History Fundraiser. We play a lot of music – a lot of different music (as you probably noticed just based on this day alone) as well as a lot of history. Much of it rare, never-before-heard and rescued from oblivion. We want to keep doing that. But we need your help. If you can help by chipping in with your Tax Deductible Contribution, that would be more than wonderful. And if you can get your friends to help out too, that would be awesome!
So to get started, just click on the headline right below our Piano Playing Mascot and make your contribution tonight – or tomorrow. But do it soon because the Fundraiser will be over soon.